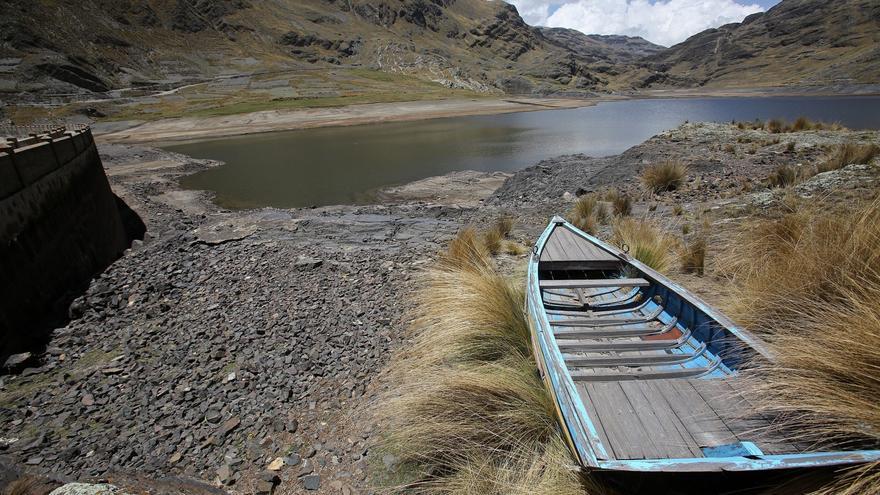 The newly released climate data only confirms that the global warming trend predicted by experts is coming true. Global temperatures continue to rise, meteorological phenomena are becoming more frequent and Spain is one of the places where it is being noticed the most.

The last seven years, including 2021, have been the warmest since annual temperatures began to be recorded globally in 1850, according to the data made public this Monday by Copernicus, the Climate Change Service of the European Union.

2021 was the fifth warmest year in history, with an average temperature 0.3 degrees higher than that of the 1991-2020 reference period, and between 1.1 and 1.2 degrees above pre-industrial averages, according to Copernicus measurements, which also reveal that concentrations in the CO2 atmosphere continued to increase throughout 2021 until reaching a peak of 414 ppm, Efe has reported.

The measures adopted by the countries to contain the expansion of the coronavirus in 2020 and 2021 managed to reduce slightly (about 5.5%) the emissions of greenhouse gases that cause global warming, but even so, “the bulk of emissions remain at the high level it had in 2018 or 2019 ”, the director of Copernicus, Vincent-Henri Peuch, lamented at a press conference.

Worldwide, the increase in average temperature over the last 30 years was especially intense in Canada, the west coast of the United States and some regions of Central Africa and the Middle East, they assure from this service implemented by the European Center for Medium-Term Weather Forecasts (CEPMPM).

Europe experienced its “hottest summer” in 2021, with a temperature record of 48.8 ºC, recorded in Sicily – almost one degree higher than the previous maximum – and a series of extreme climatic events such as lhe heat waves suffered in the Mediterranean region (more severe in Spain, Italy and Greece) or floods in Germany, Belgium, Luxembourg and the Netherlands.

Forest fires preceded by “dry and warm conditions” devastated, above all, the Mediterranean area Eastern and Central, where Turkey was one of the most affected countries, although Greece, Italy, Spain, Portugal, Albania, North Macedonia, Algeria and Tunisia also suffered.

“All these events of last summer show that the frequency of extreme weather events has increased”, Recalled in his speech Mauro Facchini, who heads the Copernicus unit within the European Commission, who has cited this fact among the consequences of the climate crisis.

Although these are exceptionally warm years, 2021 was not as hot as 2020 – which was also “La Niña” -, nor was it as hot as 2016, 2017 or 2019; and indeed in certain regions (Alaska, Australia, parts of Antarctica, western Russia and the extreme east of the country, and in the central and eastern Pacific) there were temperatures below the average for the reference period.

The new Copernicus data further shows that in 2021 maximum and “worrying” levels of accumulation in the atmosphere of methane particles were reached, although it is still too early to determine the reason for this record, which could be due to natural causes (such as wetlands) or anthropogenic (such as agriculture or hydrocarbon production).

“The sources of methane are varied and complex,” stressed Peuch, who added that now the scientific community will face the “challenge” of studying in depth this “worrying” increase in methane concentrations, which in 2021 reached approximately 1,876 parts per billion (ppb).