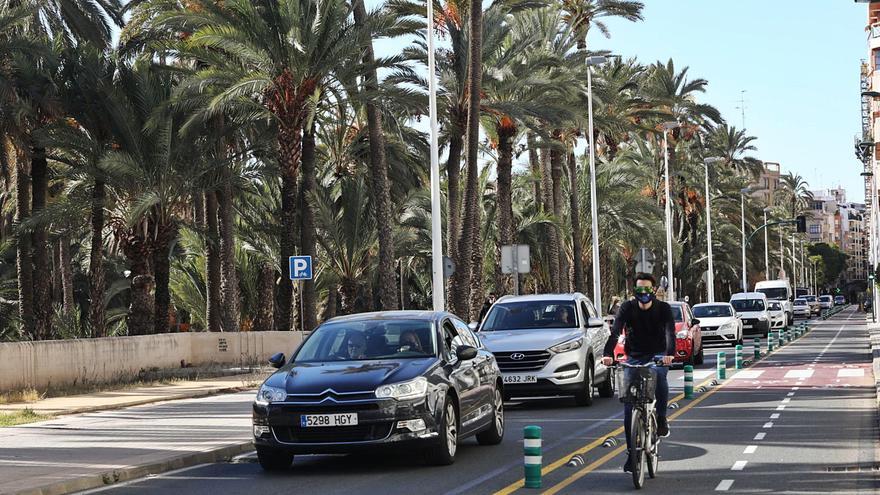 This is reflected by data from the Department of Urban Mobility that shows that something more than 59,000 vehicles that passed weekly through Juan Carlos I avenue before the state of alarm was declared, it has now passed, from Monday to Friday, to almost 31,000, that is, 48.7% less.

«The objective of the Urban Mobility Department is to reduce pollution and improve the spaces for citizen mobility. We want to achieve an increasingly efficient and healthy mobility to help improve the quality of life of the municipality and make public space a more comfortable and safe place“, According to those responsible for this area, who consider that this type of media contributes to” pacifying “the area, and not only in terms of pollution, but also in terms of noise and road safety.

The government team also defends that the emissions of motor vehicles have been significantly lowered in an avenue that, they recall, overlooks a part of the Palmeral of Elche. “It is a street that is in the heart of the Palmeral”recalled the mayor of Urban Mobility, Esther Díez.

However, where the councilor for Urban Mobility sees a “pacified street” and an opportunity to “stop being used as a national highway”, the opposition considers that an unnecessary “circulatory funnel” has been generated, in the words of the PP in particular, and that in any case what should have been done was to have sought a consensus, in the opinion of the popular, Vox, Cs and the mayor not attached.

The City Council has verified that 90% of the drivers who used Corredora Street did not stay in the area, but went to other neighborhoods.

Furthermore, the average hourly intensity on weekdays in Plaça de Baix was close to 400 vehicles per hour, a figure that dropped to approximately 250 vehicles every 60 minutes on those weekends when this lane was open.

The abolition of this access road, together with the reorganization of one of the lanes of Avenida Juan Carlos I, which has been used as a bike lane, has logically led to many drivers look for circulatory alternatives not to go through here. This and the effect of the covid have ended up collapsing the traffic on one of the busiest roads, so far, in the urban area of ​​Elche.

About 2,000 signatures disagree with the new bike routes

The opposition assures that there are some 2,000 signatures against how the latest bike lanes have been designed in Elche, specifically that of José María Buck and that of Juan Carlos I avenue. The most critical voices indicate that in the first case the cyclist You have to do a “rally” and that with so many horizontal signs painted in different colors (yellow, white, red …) it is not very clear where pedestrians and cyclists should circulate. Given this, the local executive has come to remember that bicycles “have handlebars” to turn and maneuver. Regarding the criticisms of Avenida Juan Carlos I, it is pointed out that delivery trucks have to occupy the bike lane when stopping on the section before the old Dum Dum, because if they park in the excess lane they would paralyze all traffic. It has also been criticized that, with this bike lane, it becomes difficult for the hotel or the pharmacy on call, in case someone has to stop urgently to lower heavy suitcases or pick up a drug at the wrong time. On the other hand, at the beginning of March, about 8,600 vehicles circulated a week on José María Buck Street. At present, records point to about 5,500 vehicles after undertaking the new bike lane. Both in Juan Carlos I avenues and in José María Buck, Thursdays and Fridays are, in general, the days that more road traffic supports. Sunday, obviously, is the day that least.