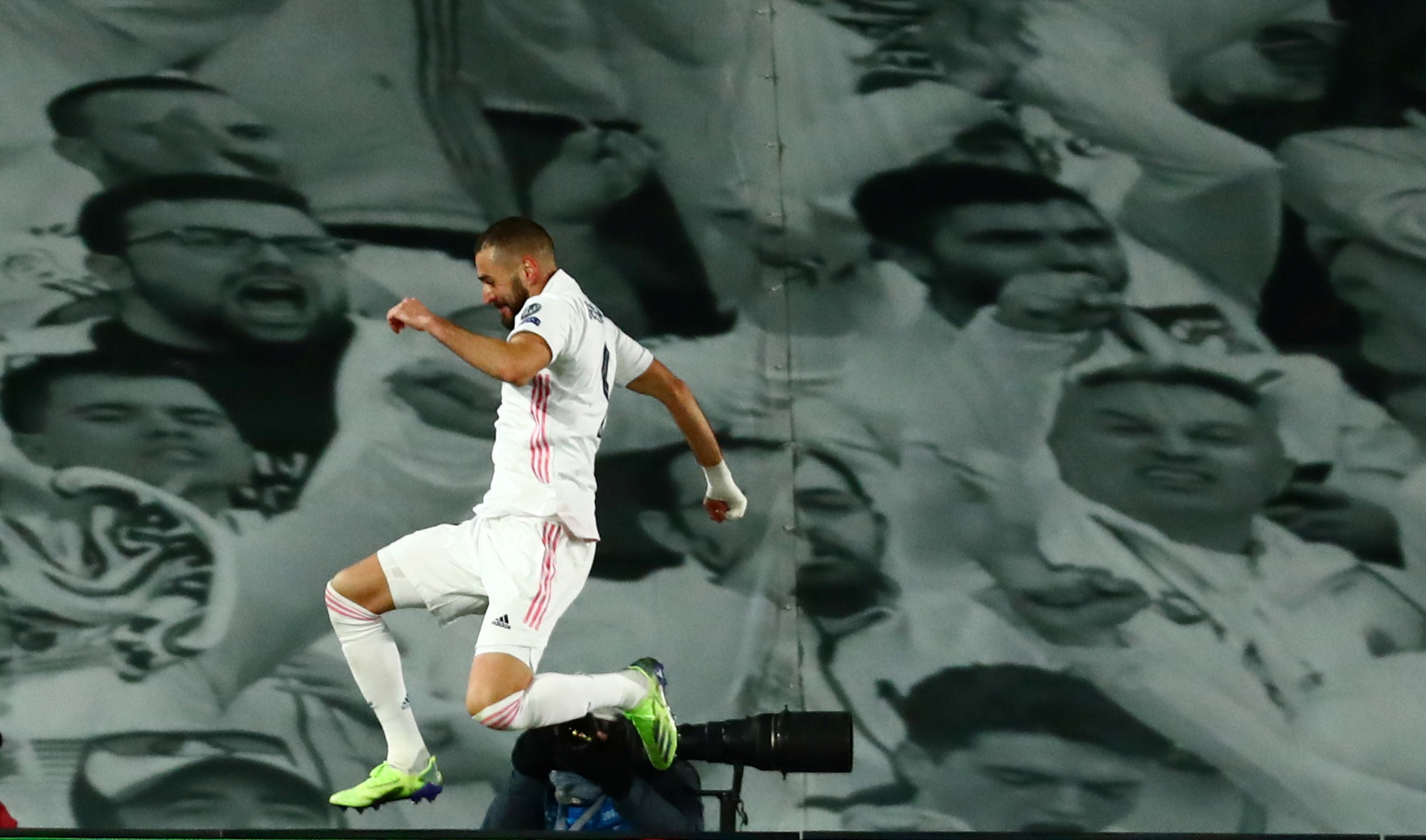 The night that Real Madrid won the Coronavirus League at the Alfredo di Stéfano, after the confetti and the photos, when all the players were changing, Santi Cazorla and Luka Modric were still chatting at the mouth of the tunnel. The Asturian, who turns 36 in December, had finished his penultimate match in Spain before moving to Qatar to play for Xavi Hernández’s Al Saad. The Croatian was two months away from turning 35 that night. Before saying goodbye, Cazorla told him: “See you there in Qatar. Already with 35 ”. And they disappear definitively towards the changing rooms.

But Cazorla will have to wait, despite having only six months left on his contract with Madrid, with no renewal in sight. He doesn’t think this is his last dance. At 35, back at Di Stéfano, Modric left another recital against Borussia Mönchengladbach on Wednesday in the Champions League limit game.

Far from drifting towards becoming a residual player, or an accompaniment player, surrounded by fireworks of his technical quality, he occupied a central place in Madrid’s best game this year. He was the third player who touched the ball the most (107 times, only behind the 120 of Lucas Vázquez and the 108 of Toni Kroos), but not to walk it: he was also the one who came out of the most successful dribbles, four out of four, ahead of the two great Brazilian promises who played as wingers. Vini Jr., 20, tried five times and escaped three, and Rodrygo, 19, tried three times, only once with success.

His impact on the team’s game this season is the highest since he arrived at the club in the summer of 2012: according to Opta data, he intervenes 1.03 times per minute, while his average since his hiring is 0.91 interventions per minute.

“Luka’s case is unique with the age he is,” says Nikola Jerkan, former Croatian international footballer and Real Oviedo player in the 90s, currently responsible for scouting of rivals of the Croatian national team. “Many players tend to back down over the years, like Xavi or Iniesta, but he keeps looking for the hottest areas, where he can generate danger. Others step aside before reaching their age, but he wants to continue at Real Madrid and he sees himself with the strength to continue and to do so in a demanding position. In addition, he has an impressive football intelligence, ”says Jerkan.

A source from the footballer’s environment agrees with the estimates of his voracity: “I think he has three seasons to go, and he wants them to be at the highest level. He is playing every game as if it were his last. In terms of work and in terms of enjoying it. And it shows ”. Madrid has participated in 17 games this year (six in the Champions League and eleven in the League), and since the last national team break they played six games in 19 days, in which they played 96% of the minutes. Zidane only replaced him with 21 minutes remaining against Alavés. “I feel better when I play games in a row than when I play skipped, if they dose me,” explained Modric in the last concentration with Croatia.

Nor does he want to miss those duels, despite the fact that he is seeing how colleagues of his generation give up those extra games that load the calendar. The last, Ivan Rakitic, who announced in September that he was leaving. “Luka has a tremendous commitment to the national team,” says Jerkan. And not to take photos. When Spain beat them 6-0 in the Nations League in September 2018, he came to the locker room and, although he is not very given to interventions of this type, he told his teammates that it could not be repeated, that after having been runners-up in the world a few months earlier in Russia, Croatia could not give that image. In the next game, in November in Zagreb, they threw Spain out of the competition (3-2).

Those days were part of one of the moments of his career in which he squeezed himself the most, exhausted as he was after the World Cup. The effort of a very long season stretched to the final of the Champions League in Kiev, his fourth with Real Madrid, and the final of the world championship, diminished his performance that year, as happened to Varane. Also at that time, Inter Milan tempted him with a move to Italy that then promised a succulent continuation in China, at the Jiangsu Suning, owned by the same owners. In Concha Espina’s offices, the offer and suspicions of exhaustion sowed doubts about the opportunity to try to retain him, but the suspicion that he could win the Ballon d’Or decided them to retain him. So it was.

However, with the footballer already in his 30s, the club’s sports managers have already kept an eye out for the need to manage his decline without being suddenly turned off before their eyes and with years of contract ahead. They drew up a plan that foresaw a progressive loss of presence during the past season, until the moment their contract expires on June 30, which they have no intention of extending at the moment.

The total figures point in this direction: he started in 70% of the games, a proportion only higher than that of his first year (67.9%). All the others were above 88%. But he also rebelled against that.

After confinement, he started in eight of the ten games in which the title was decided, 80%, a percentage that rises to 88.8% if the meeting in which it was not available due to accumulation of cards is dispensed with. The closure due to the pandemic was another demonstration of character, according to Jerkan “I knew that such a stoppage could affect older players more and it was applied in a special way.”

Modric himself told it shortly after having won that League: “In confinement I worked a lot, two months without stopping. It is the fruit of that work, “he said. “It has always been like this: work, work and work. Pure discipline ”, they say from their environment. Jerkan believes that the form moment that shows these days are still in debt to the intensive delivery of the confinement. Although, according to a source who sees him exercising daily in Valdebebas, he did not stop there: “After training he goes to the gym of the first team for two hours. And he watches his diet in an almost unhealthy way. This is explained ”.

On the triumphant night that Cazorla told him that he was waiting for him in Qatar, he mentioned those 35 years that the Croatian has already completed, and that bother him so much: “I don’t want you to look at my ID, but rather to look at what I do on the field. I don’t like talking about years ”, he said shortly after that talk with the Asturian. “That looks like old things to him, and he doesn’t feel old. It feels much better than previous years ”, they point out in Valdebebas. Cazorla will have to wait.