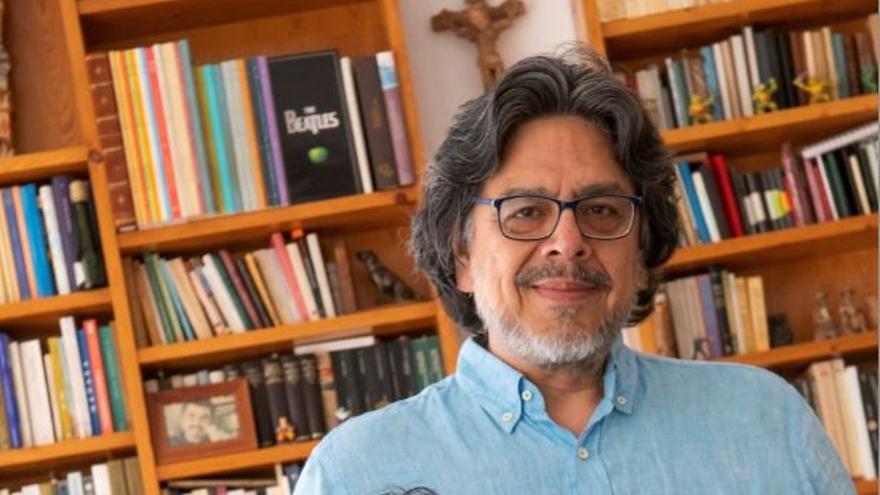 Together with Iwasaki, the professors Ángel Esteban and Ana Gallego, from the University of Granada, and the conference will be presented by Eva Valero, director of the CeMaB, and Carmen Alemany, professor of Latin American Literature at the UA.

“We resume this activity in what will be an occasion to reflect on the reception in Spain of the literature of the boom to our days, in literary and journalistic criticism and in the publishing market, a day that was postponed in March of last year by the entry into force of the state of alarm and the general confinement ”, assures Valero.

Fernando Iwaski is considered a chameleon-like author whose prose combines, with grain sense of humor, witty plots, psychological depth, and unexpected compliments, while denouncing machismo, vital absurdities and political excesses. He has signed a wide work in which, frequently, overflows literary genres, hence they are so difficult to classify as “Peruvian Inquisitions” (1997), “The Discovery of Spain” (1996) or “My poncho is a kimono flamenco “(2005).

The Boom of Latin American Literature

The 1960s saw what became known as the boom in Latin American literature, a time when some of the most important books in Spanish of the 20th century were written by Spanish-American authors. Some place the publication made in Spain by the Seix Barral publishing house of the novel as the beginning of the boom The city and the Dogsby Mario Vargas Llosa, in 1963. Also in that same year, Hopscotch, by Julio Cortázar, but in this case by the editorial Sudamericana of Buenos Aires. A few years before, Carlos Fuentes published The most transparent region, at the Fondo de Cultura Económica de México.

The success of those books and, of course, that of One hundred years of loneliness by Gabriel García Márquez, also published by the Editorial Sudamericana of Buenos Aires, in 1967, and by later others, also made us look back and rescue other authors such as Miguel Ángel Asturias, Juan Carlos Onetti who was swept away by the boom –in his own words – or Borges himself, whose main books had been written long before, and yet had not been published in Spain. In addition to these writers, they also include Álvaro Mutis, José Donoso, Augusto Monterroso, Ernesto Sábato, José Lezama Lima, Augusto Roa Bastos, Manuel Mujica Láinez, Alejo Carpentier, Adolfo Bioy Casares, Manuel Puig, Mario Benedetti, Ernesto Cardenal, among others.

The boom phenomenon is complex and multi-causal, it occurs as a result of a combination of literary, editorial, economic, political and social factors, This makes, among other things, very difficult to define it and clearly establish whether an author is part of it or not, because for example, there are cases of writers who cannot be said to have been protagonists, but who despite this , have benefited or have had a presence, albeit lateral.