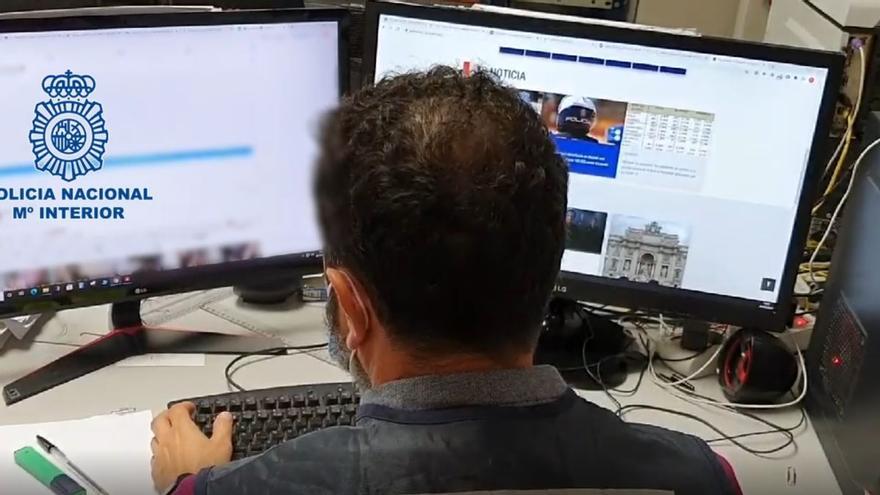 A man dates others through social networks and drugs them when he meets them at their homes, then robs them. The National Police detained the alleged perpetrator, aged 38, for being the alleged perpetrator of three robberies with violence or intimidation in Las Palmas de Gran Canaria, one crime of fraud and another for theft. At the moment there are four affected, although the investigation remains open in case new affected appear.

The individual “She dated other men through well-known websites under the pretext of having sex. Once at the home of the victims, he drugged them with psychotropic drugs and stole valuables, electronic devices, cash and bank cards, with which he made withdrawals at ATMs and purchases in commercial establishments ”. The National Police points out that this was the way of acting of this individual, who is well known in police circles, having accumulated 42 police records to date.

The first complaint was filed at the police station on February 11. The victim stated that, after meeting another male through a well-known Internet sexual contact paget, had made an appointment one night at his home. When he arrived, according to his story, he offered him a beer to break the ice, and this in turn invited him to narcotic substances. At that moment, he almost spontaneously lost consciousness.

The complainant told the agents that when he woke up the next morning he had to be transferred to a hospital in the capital of Gran Canaria, where they detected remains of psychotropic drugs after a blood test, according to the National Police.

The adventure did not stop there. “Upon returning to his home, the victim was able to verify that numerous personal effects, documentation, electronic devices and a bank card had been stolen from him. with which they made cash withdrawals and purchases in commercial establishments ”.

With the data collected, the police officers began the investigation to try to clarify the circumstances of what happened and if there could be new victims with the same protagonist in between.

In this way, the agents located three other men, who between February 22 and 28 turned out to be also victims of the investigated. He also robbed all of them, allegedly after drugging them by introducing psychotropic drugs into the drink. Police work made it possible to identify the alleged perpetrator of the events. Is about a 38-year-old man with 42 police records. This person, according to investigators, allegedly created profiles on numerous sexual contact websites to meet other men for the sole purpose of robbing their victims.

The man was arrested in Las Palmas de Gran Canaria, as a suspect in the crimes of robbery, fraud and theft.

The detainee was placed at the disposal of the competent Judicial Authority, which decreed his entry into prison. The police intervention mobilized numerous agents from three police stations in Gran Canaria.