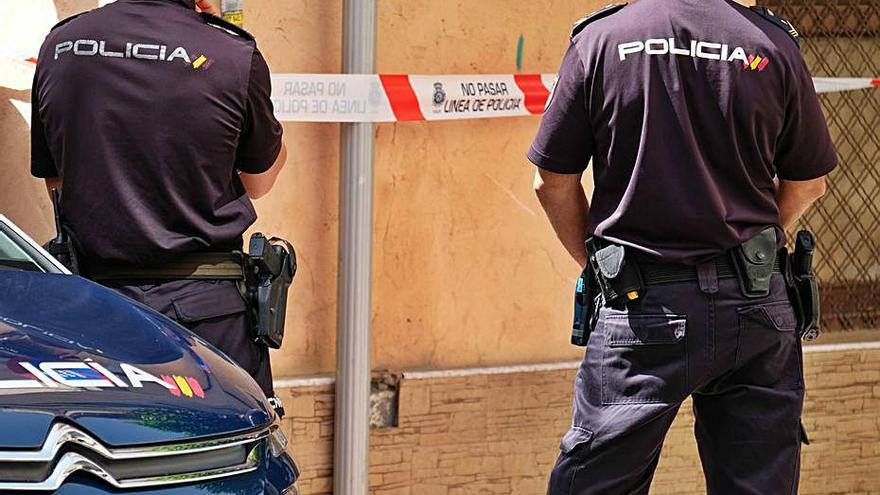 With this operation they have been dismantled two black cocaine retail outlets In a well-known neighborhood in the town of Petrer, the agents intervened more than half a kilo of the aforementioned substance. The investigation has been developed by the agents of the Judicial Police Brigade of the Elda-Peter Police Station, after receiving information about a group of people who had settled in the town and who allegedly had several addresses, part of which were being used for the retail sale of narcotic substances, mainly and almost exclusively cocaine.

For several weeks the policemen established a device for surveillance of homes. Despite the difficulty of not being discovered, they managed to locate the properties perfectly, two of them used for the sale of drugs, located on the same street, and the other allegedly used as a warehouse from where the substance was distributed. The influx of the alleged consumers to the homes where narcotics were dispensed was constant, day and night, without respecting the mobility restriction measures imposed by the Generalitat due to the pandemic of the covid-19.

Thanks to the established police device, the investigators were able to identify all the members of the criminal group. In this way, once fully identified, a extensive police operation in which the agents of the Judicial Police were supported by uniformed police officers of the Citizen Security Brigade of the Elda-Petrer Police Station and during which the five investigated persons were arrested, dismantling the criminal group and proceeding to the search of the three buildings allegedly used to sell and store drugs.

In the records, the agents located almost 550 grams of high-purity cocaine, about 6,000 euros in cash and different tools from those used for the preparation of the doses that were later sold to the consumers.

Money and drugs intervened in Elda and Petrer. INFORMATION

The last major police operation carried out in Elda against drug trafficking dates back to April 2020. Agents of the National Police, the Civil Guard and the Tax Agency dismantled in Elda and Petrer, in full State of Alarm due to the health crisis of the covid-19, aa drug gang and they dismantled a drug distribution black point located on Loma Badá de Petrer. Specifically, they arrested three members of the organization and seized three kilos of hashish and cocaine.

After several months of investigation, it was possible to determine the existence of a criminal network dedicated to drug trafficking on a different scale.

One of the strategic lines of the investigation was focused on a part of the criminal organization made up of a group of Spanish citizens settled in the town of Elda and other adjacent ones such as Petrer, both in the province of Alicante. Said criminal ramification was sustained thanks to the criminal participation of numerous individuals living in said area, with multiple antecedents. The organization had three perfectly defined functions. A part of the group offered logistical support by providing material and human resources to carry out drug trafficking activities. This section of the organization was in charge of obtaining stolen vehicles, mostly high-end SUVs, to transport the drugs. These vehicles, of great capacity and power, were key to being able to transport the drug through the “Go Fast” technique, which consists of carrying out rapid drug shipments by road. Other members were in charge of the storage and custody of the drugs, using for this purpose houses called “nurseries”. And a final group was made up of “couriers” who dealt with the distribution of the substance in different black spots in the province of Alicante.