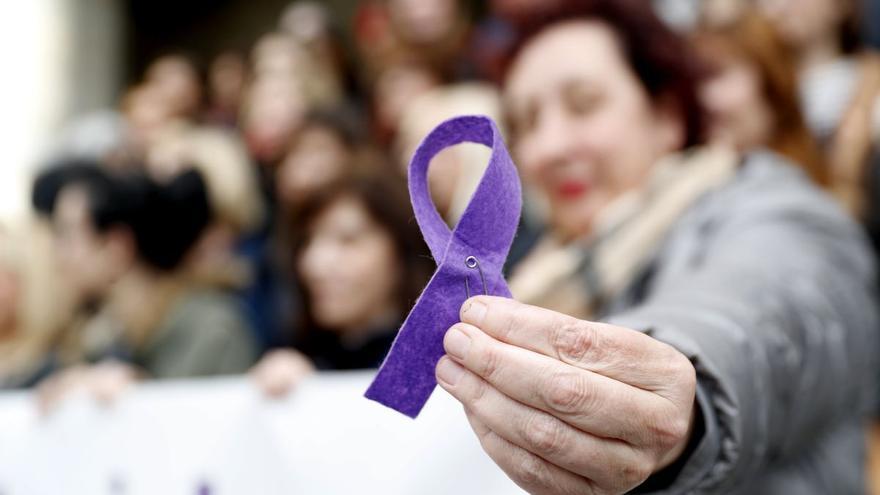 590 children: The police forces have alerted the judicial and fiscal authorities that almost 600 minors, children of women who are victims of gender violence, are currently in danger of also being attacked by the abuser of their mothers. The recorded figure is a 40% superior to that of early 2021, when the cases of children at risk detected by the police was 419.

Viogén, the police system for monitoring victims of gender-based violence that tries to assess the risk to which a woman is exposed when reporting abuse to try to ensure adequate protection, has been analyzing since the end of 2019 the vulnerability and potential danger of the children of these victims who live in a context of violence.

The number of minors at risk detected has grown significantly in the first nine months of the year: As of September 30, there were 590 children in potential danger that the violence exerted by the abuser of their mother would spread to them (40% more than on December 31, 2020) and 6,641 minors in vulnerable situations (28 % more than at the end of the year).

These increases coincide with the reinstatement of complaints for mistreatment that has occurred as restrictions due to the pandemic declined: confinement, states of alarm and mobility limitations had an impact on these complaints, which were reduced by 10% in 2020. However, in the second quarter of the year they had already returned to the usual pre-pandemic figures.

However, the numbers of children at risk are higher than the levels prior to the pandemic (in February 2019, the month before confinement, there were 416 minors in potential danger and 3,433 boys and girls in vulnerable situations due to violence from gender).

Of the 590 children at risk detected at the end of September, 3 were at a level of extreme risk (which poses a danger to your life); 77, high and the remaining 510, medium. In all cases, Viogén has generated a diligence to alert the judicial and fiscal authorities of this situation with the aim of requesting a more detailed forensic evaluation and thus being able to issue appropriate protection orders.

These procedures have also been sent in 1,036 cases of children in situations of vulnerability due to their existence in contexts of abuse: 93 of high level and 943, medium.

When a woman comes to report, the National Police, the Civil Guard, different local police and the Navarra Foral Police, the agents proceed to assess the risk to which it is exposed (extreme, high, medium, low or unappreciated) through a form of several questions with which they try to anticipate to avoid future aggressions to the victim, that is, the risk of recidivism of the aggressor.

This questionnaire also asks about the situation of the children. Based on the study of previous lethal cases, Interior included in the system indicators that warn of the possible risk to children and that are analyzed when the victim files a complaint.

The Police monitors the situation of 67,912 cases of female victims

Thus, the mother’s response to a series of guided questions serves to identify the cases in which the risk of a situation of vulnerability is detected as a potential danger for the children, whether of serious or lethal violence.

Since the risk faced by these children began to be analyzed in 2019, police forces have detected 2,123 endangered cases and others 6,641 vulnerable.

The reality of vicarious violence

This data only reflects a small part of the reality of vicarious violence, that which the aggressors use against the children of the abused woman to cause the greatest damage, that related to the analysis of the cases of women who have reported and who appear in Viogén. In gender violence, only two out of every ten cases are reported.

According to the Macro-Survey on Violence against Women 2019, more than 1.68 million children live in homes where their mother suffers gender-based violence from their partner or ex-partner.

More than 1.68 million children live in homes where their mother suffers from gender-based violence

The statistics, prepared by the Government Delegation against Gender Violence in collaboration with the Sociological Research Center (CIS) from more than 9,500 interviews, shows that almost nine out of ten women victims with minor children maintain that they witnessed or they heard those attacks. In addition, in 51.7% of the cases, the maternal mistreatment has been accompanied by the violence of the aggressor against the children.

Since 2013, 42 minors have been killed by their fathers or by their mothers’ partners or ex-partners, 5 so far this year.

Maternity is one of the factors that make victims of gender violence more vulnerable, according to a study by the General Council of the Judiciary.

Motherhood and the risk of sexist violence

In Viogén there were 67,912 active cases as of September 30 – women who have reported gender violence and whose situation is being monitored by the police – and in 43% of them the victims had minor dependent children.

The 016 serves the victims of all violence against women. It is a free and confidential telephone that provides service in 53 languages ​​and leaves no trace on the bill. Information is also offered through the email [email protected] and counseling and psychosocial care through the WhatsApp number 600 000 016. In addition, minors can contact the ANAR telephone number 900202010.