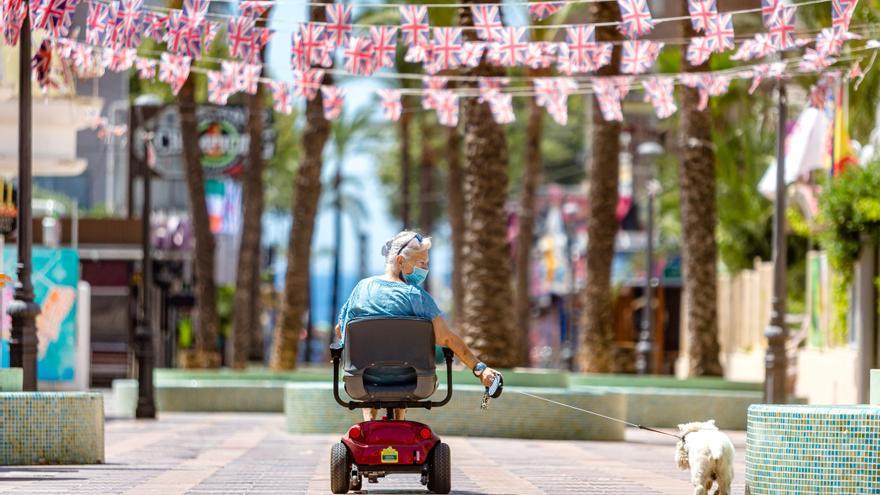 The flight, one of the few that connect the province with the United Kingdom, due to travel restrictions due to the covid, arrived at mid-morning from Manchester. The instruction in the terminal is to control the 100% of the passage of aircraft landing from Great Britain so the police began the routine. PCR, antigen test and, in the case of the British, the documentation that proves that they have their residence in the province or, what is the same, that they are registered, because in this case it is not worth having a house rented either. The surprise came when 40 passengers did not have the receipt. Many pointed out that no one had informed them of this point at the airport of origin but the norm is the norm. They entered through one door and immediately left the other towards the boarding of the plane that had brought them and in which they returned to their city of origin. Sources familiar with the operation carried out in the management with British passengers yesterday showed their surprise at the size of the incident. “The failure occurred at source And the truth is that it is strange because in these cases the airline must face all the expenses if its passenger cannot enter the province. Accommodation and meals until they can be accommodated on another plane back, something complicated in times of covid as the links have been reduced ”.

Foreign Health has carried out nearly a thousand antigen tests to as many passengers who have arrived at the airport since November 23, 2020, the day on which it became mandatory to enter Spain, without carrying a PCR with a negative result to stop the spread of the covid. From the tests carried out on intercepted travelers (random control), four tested positive and were referred to the Ministry of Health Y fined, at least with 3.000 euros, amount of the penalty classified as mild. One of them, a citizen of Nigerian origin who arrived from London, was diverted to a hospital in Almería, his city of residence. The fines for entering without PCR can even reach up to 600,000 euros depending on the seriousness of the health consequences caused by the affected passenger. The most significant case has been so far, that of the Nigerian resident in Almería who landed in El Altet on January 5 from London and ended up in a taxi with instructions to undergo a quarantine in his city. In the case of not proving residence there is no fine but passengers have to return to the United Kingdom on the first available flight.

The Government cannot prevent any European citizen from the Schengen area from entering Spain, but If you test positive for covid, you should be treated in a hospital and then save 10-day quarantine in a hotel at your own expense. Since last Monday, in addition, British passengers are also risking a fine of 6,000 euros from the British Government that he has banned vacation travel but not to a second home. .