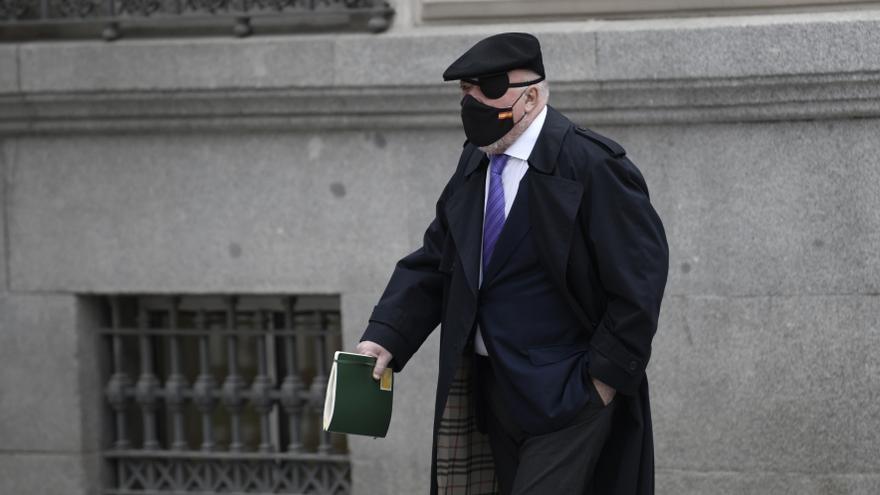 Investigators from the National Police have concluded that the almost 10.3 million euros The fact that BBVA paid the company of former commissioner José Villarejo -Cenyt- for its services, which allowed him to carry out corporate operations through his group that would not have been possible otherwise.

This is what they warn in the official letter, addressed to the judge of the National Court Manuel García Castellón and to which Efe has had access, in which they break down all the purchases of shares in various mercantile “whose execution would not have been possible” without the funds “paid to Cenyt by BBVA”.

The researchers refer to their report of February 2020, in which they estimated the amount paid by the bank to the Villarejo company as consideration for the projects developed, which are object of investigations in this ninth separate piece on the business of the former commissioner.

That letter alluded to the main items for channeling the funds, such as the payment of taxes and duties charged directly to the receiving account, the payment of expenses derived from the company’s own commercial activity or the Cenyt group (leases, payroll or direct debits), or the purchase of social shares.

For the National Police, these items, which were accompanied by transfers and transfers and the issuance of checks and stubs, “they were in themselves the final destination of the funds received by Cenyt from BBVA”.

In this new office, the operations executed with funds ordered from accounts of Cenyt itself or other companies are also shown. under real ownership of Villarejo and that “they have their origin in the funds paid by the BBVA client”.

Thus, the purchase of shares in companies such as Eurosuisse or Riomar Costa, and the constitution and capital increase of Premium Salud / Cenyt Salud – stand out.in which the former commissioner’s partner, Rafael Redondo-, among others.

Instead, another part of BBVA’s funds would have been used to repay bank loans (about 706,000 euros), and it would even have been collected in cash by Villarejo and his wife through checks.

However, in addition to companies belonging to the structure of the ex-commissioner, The Police observe “on a recurring basis” other merchants of people linked to him as recipients of money under concepts related to the payment of bills or loans, as is the case with the companies of Redondo’s couple and Villarejo’s first wife.

The “Trap operation” revolves around the alleged espionage services to politicians, businessmen and journalists that the bank commissioned from the former commissioner since 2004, when the construction company Sacyr started a movement to try to take control of the entity that it was ultimately unsuccessful.

In mid-2019, the judge agreed to the imputation of BBVA and its president Francisco González In a procedure in which other former directors such as former security chief Julio Corrochano, former CEO Ángel Cano and former risk manager Antonio Béjar were investigated.

They and other charges are being investigated for alleged crimes of active bribery and discovery and disclosure of secrets.

On the occasion of the lifting of the summary secrecy, the judge considered that the works supposedly commissioned by BBVA from the Villarejo company between 2004 and 2017, supposed a “repeated interference” in the rights of the people “through access to your communications, personal monitoring or access to your bank documentation”.

Arguments that the prosecutors took up in their last report, in which they recalled that, according to the investigators, the bill for the “multiple” services provided by Cenyt to BBVA amounted to 10.2 million euros.

On these facts they will declare on March 11 the four police officers recently indicted in the cause.

Among them are a chief inspector and a deputy inspector who have already made other inquiries in the same police files on persons being followed by the former commissioner’s company.

This practice, the car explained, would have occurred “in execution and development of other projects contracted with different private clients”, object of investigations in other pieces of the case about Villarejo’s businesses.

The inquiries made date from between 2015 and 2016, and include data of affiliation, addresses, passports, procedures, cards and images of a dozen people, to which those now investigated, assigned to the General Information Commissary, would have accessed.

That same day, the person in charge of physical security of BBVA will parade through the court, Inés Díaz Ochagavia, which since 2019 appears as investigated.