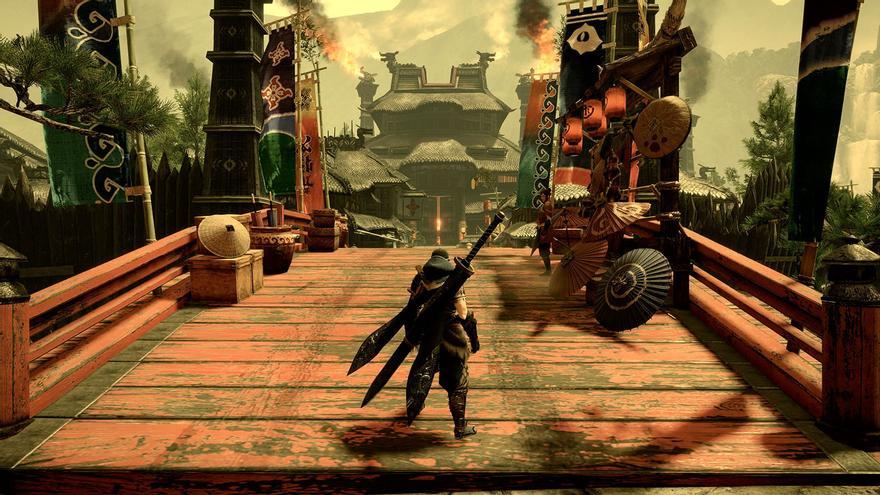 The moment that many PC gamers have been waiting for has arrived. More specifically, the moment to lay hands on the most complete version of ‘Monster Hunter Rise’, incorporating new features such as support for 4K resolution, advanced graphics options, voice chat, support for ultra-widescreen monitors, as well as all post-launch and collaborative content released through update 3.6.1 from Switch, either alone or with up to three other users in cooperative online play.

After its premiere on the Nintendo hybrid at the beginning of the year, ‘Rise’ invites us to defend the colorful village of Kamura, which is preparing for a new mission known as Rampage. To overcome the impending Rampage, the hunters must use the new hunting companions, Palamute, and ‘Wirebug’ grappling mechanic, while participating in the characteristic combat of the saga.

The Palamute ‘Canyne’ companions join the ‘Felyne’ Palicoes, to assist during the hunt. As well as bringing their considerable offensive prowess to any fight, Palamutes can also carry you on their backs, quickly chasing down any fleeing monsters, as well as helping you traverse open maps. Wirebugs, on the other hand, facilitate agile grip in any direction during a hunt and can be combined with each of the weapon types to create unique ‘Silkbind Attacks’. Damaging monsters with these attacks makes them susceptible to the new ‘Wyvern riding’ technique, which allows you to temporarily take control of a monster and trigger spectacular battle sequences during the hunt.

When you’re not exploring one of the five locations, such as the Sanctuary Ruins, Flooded Forest, and Sandy Plains, you can also battle hordes of monsters in the new Rampage quest type that ‘Rise’ introduces. In these quests, the hunters must work with the citizens of the village to prepare their defensive installations and protect the Fortress’s barricades against waves of monsters, including the mighty Apez that may appear during the siege. In addition to the new game mode, ‘Change Skills’ are added for each weapon as you progress through the adventure. By swapping these abilities with existing normal or Silkbind attacks, you’ll be able to create all new combos and strategies to fit your playstyle.

It also includes features to improve connection with other users on hunts. Thus, the dynamic difficulty scaling for multiplayer automatically adjusts as new users enter and exit a central quest. For its part, new ‘Hunter Connect’ feature allows you to create tags with goals and play style, search for others with the same tags or invite friends. Completing a quest in the multiplayer stream will allow you to “like” the other hunters in your party, increasing the chance that they will meet in matchmaking. We cannot end without noting that future content will sync with the Nintendo Switch version in late February 2022.