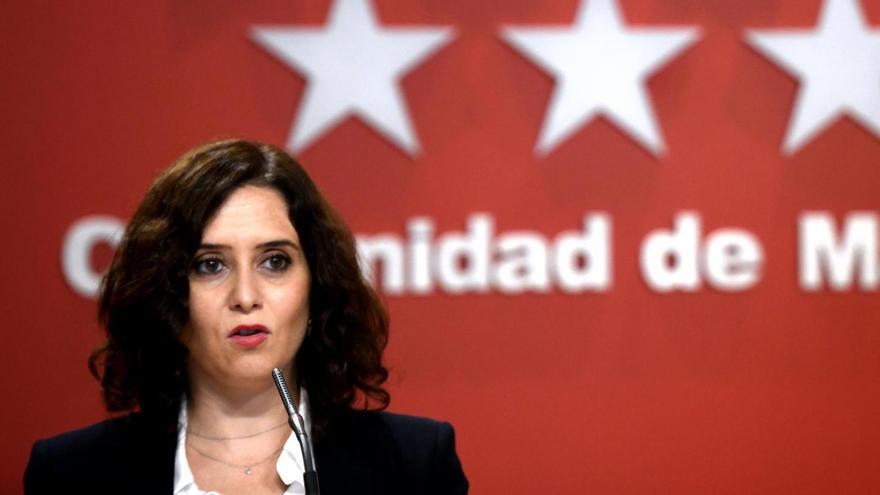 The president of the Community of Madrid, Isabel Díaz Ayuso, has proclaimed on her social networks “communism or freedom”, after cIt is known that the second vice president of the Government, Pablo Iglesias, will be the candidate of Podemos in the region for the elections of May 4.

This is what he has written on his social networks, after Iglesias in a video dedicated to militancy announced his candidacy and claimed that it was time to make “brave” decisions.

The same message as the president The PP of Madrid has written it on their social networks. “Madrileños, to the polls”, the ‘popular’ from Madrid have also written below on their Twitter profile, after clearing up the question of who would lead the candidacy of the ‘purple’ formation.

The president of the PP, Pablo Casado, has also assured that “communism or freedom” will be voted in the May 4 elections.

Casado has reacted like this just a few minutes after it was known that Iglesias will leave the coalition government of PSOE and United We Can to become the candidate of his formation in the elections of the Community of Madrid on May 4.

The left wanted to change the Madrid Government in the offices, but Justice today confirms that the # 4M citizens will be able to decide their future.

All those who love freedom are welcome to this main square that is the PP.

Ayuso represents us.
Let’s move on.

“Communism or freedom”, has written verbatim Casado in a message on his official Twitter account, which has been collected by Europa Press and which in just over ten minutes already had more than ten retweets and hundreds of comments.

For his part, the Minister of Consumption and federal coordinator of Izquierda Unida, Alberto Garzón, has praised this Monday the “courage and historical responsibility” of Pablo Iglesias after he announced his candidacy for the elections of the Community of Madrid, and that he seeks to “stop the extreme right”.

“During all these years Pablo Iglesias has taught us many things to the left. The step that he is taking today by presenting himself as a candidate in Madrid to stop the extreme right is of historical courage and responsibility. And a great success: Yes it can!” Garzón wrote in a note on his Twitter account, collected by Europa Press.

During all these years @PabloIglesias it has taught us many things to the left. The step that he is taking today by presenting himself as a candidate in Madrid to stop the extreme right is one of historical courage and responsibility. And a great success: Yes you can!

The head of Consumption has expressed himself this way after Iglesias has announced that he will cede the leadership of United We Can to the Minister of Labor, Yolanda Díaz, who will also assume the position of second vice president, once he has confirmed that he will run as a candidate for the elections of the Community of Madrid.

Specifically, Iglesias has conveyed to the President of the Government, Pedro Sánchez, his intention to leave his post as Minister of Social Rights at the end of the campaign, a position that will be held by Secretary of State Ione Belarra.