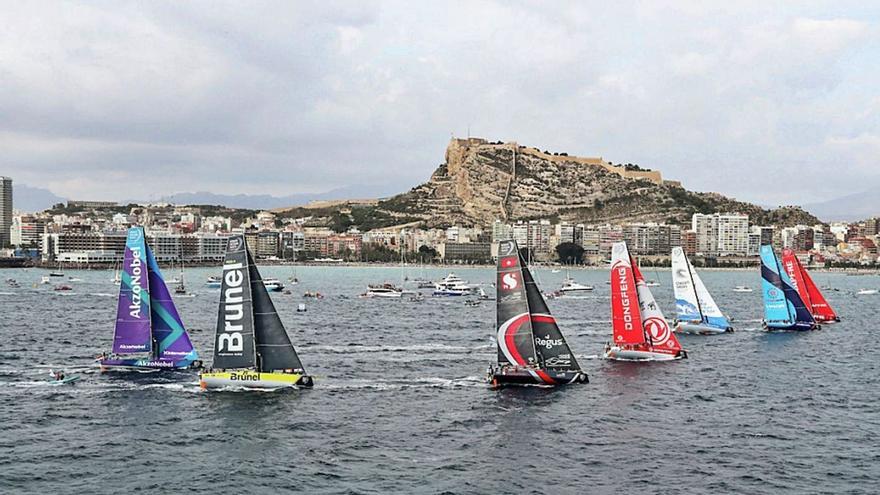 The Ocean Race Europe will stop at Alicante, which is confirmed as the fourth and last host city to be announced for the competition that It will be played between May and June of this year. Alicante joins Lorient (France), which will host the start, Cascais (Portugal) and Genoa (Italy), the city of arrival of the regatta.

Alicante and the Valencian Community are historically linked to The Ocean Race, since the city houses both the offices of the regatta and the Museum and It has been the port of departure for all editions around the world since 2008.

Antonio Rodes, CEO of the Society Thematic Projects of the Valencian Community (SPTCV), stated: «We are very satisfied that Alicante, current headquarters of the organization of The Ocean Race and of the Museum of this competition, will receive next June the penultimate stop of this new regatta of European scope, The Ocean Race Europe. The incorporation of the IMOCA class will suppose new challenges and incentives for fans and participants. Through the Generalitat Valenciana and the Thematic Projects Society of the Valencian Community, Alicante has organized the last four outings of the race and will host the outings of the next two editions scheduled for 2022 and 2026. The Ocean Race Europe will allow the continuity of the events actions organized in Alicante around the new editions of this mythical global regatta, which takes place every four years. The new European test will once again place Alicante in the framework of major international events, contributing to the future possibilities of attracting services and tourism and in the media projection of the city ”.

The Ocean Race Europe is a new event on the ocean sailing calendar, open to VO65 monotypes and IMOCA 60 boats that will compete for the first time in a fully crewed configuration.

The teams will sail to Alicante from Cascais in the second stage of the regatta, where they will stop for a few days in mid-June. From the Port of Alicante the fleets will head north for the arrival of the third stage ending in Genoa. “We are delighted to bring The Ocean Race Europe to Alicante as it will allow fans of our port of departure to experience the flavor of the regattas before the round-the-world tour begins in October 2022. The headquarters offices in Alicante will be the epicenter of activity for both race management and media operation, ”explained race director Phil Lawrence.

With the Alicante stage confirmed as the final piece of the course, the full schedule for The Ocean Race Europe, including the coastal regattas, will be released in the coming days. The organizers of The Ocean Race Europe prioritize the health and safety of all competitors and parties involved and will follow all regulations and warnings.