On one hand, the Kristaps Porzingis trade did this: Dumped one of the NBA’s worst salaries, which seemed impossible, and possibly gave the Mavs a little latitude to do something big this summer. Let’s hope so.

Otherwise, I don’t know what Nico Harrison and Mark Cuban were thinking.

Giving up the, granted, potential of Porzingis for Spencer Dinwiddie and Davis Bertans makes no sense from a basketball perspective. Not now. Combined, they don’t make the Mavs better than they were with Porzingis. Not now, not next year, not ever.

For all the fans frustrated with KP’s availability, which is the most underrated ability: I get it. The man is talented, but he can’t stay on the floor. You’re tired of seeing him in his designer suits. A reader wrote me a couple of hours before Thursday’s trade deadline to say the Mavs should trade him for whatever they can get. I told him no team is taking that contract.

Maybe if KP was a bad guy, I’d get it. But he’s not. Rick Carlisle misused him last season, particularly in the playoffs, and he never said a bad word. He said he learned a lot about himself in the process.

After the Clippers kicked the Mavs to the curb, I wrote that either Carlisle or KP had to go. No way the team could pay a guy $35 million a year to go stand in the corner and act tall.

Now Carlisle is gone and KP, too. Maybe I didn’t make myself clear. That was an “or,” not an “and.”

Of course, the guy who made the deal to bring Porzingis to Dallas is gone, too. At the time, I considered it one of Donnie Nelson’s finest moments. Who didn’t? Knicks fans were aghast, though their anger abated the more Porzingis sat.

On a related note, despite KP’s exit, the Mavs still lead the world in ex-Knicks.

Donnie gambled that Porzingis would be the second star the Mavs desperately needed. Despite the fact that he was hurt when they acquired him, he had all the attributes. Donnie and I weren’t the only ones who believed in him. Kevin Durant called him the Unicorn, a title that only fits occasionally, as it turns out.

My second mistake was believing that, because he, like Luka Doncic, was raised on European basketball, the transition would be swift and elegant. Not so much. KP had a hard time adjusting to Carlisle’s insistence that he hang around outside and shoot. He also bristled at the role of second fiddle. Harder for young stars to acquiesce for the good of the team.

The pairing was such a clunker, we looked for signs about what could be wrong. We noted how rarely they even seemed to acknowledge each other on the floor.

But, this season, under the Jason Kidd regime, they got along great. Part of it was the new staff’s realization of the obvious, which was that, even in today’s analytics-driven NBA, sometimes you gotta post people up. But a lot of it was the lighter atmosphere floated by the new staff. Created better chemistry. Jalen Brunson cited it just the other day in explaining that the new staff had coaxed something out of them that they didn’t know they had.

Frankly, that chemistry was one of the reasons it didn’t seem likely they would trade Brunson or Dorian Finney-Smith, the organization’s most talked-about trade prospects. Giving them up might ruin their playoff chances if the return wasn’t significant.

Let me ask: Do Spencer Dinwiddie and Davis Bertans seem like a significant return to you?

The potential return certainly seemed less than ideal when reports surfaced that KP would go to Toronto for Goran Dragic and draft picks. A source told ESPN it would take more than that for the Mavs to do a deal.

I don’t like either deal, but the Mavs didn’t need to come off so snooty to Toronto if they were willing to take Washington’s offer.

Anyway, the Porzingis era is over, and, all things considered, it was a bust. Just like the deal that brought it to a close. 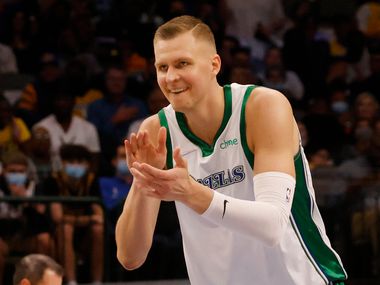 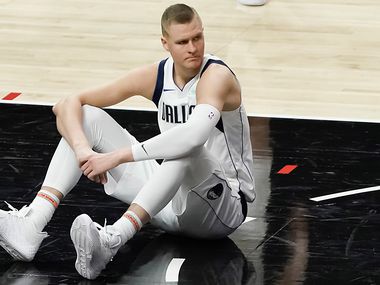