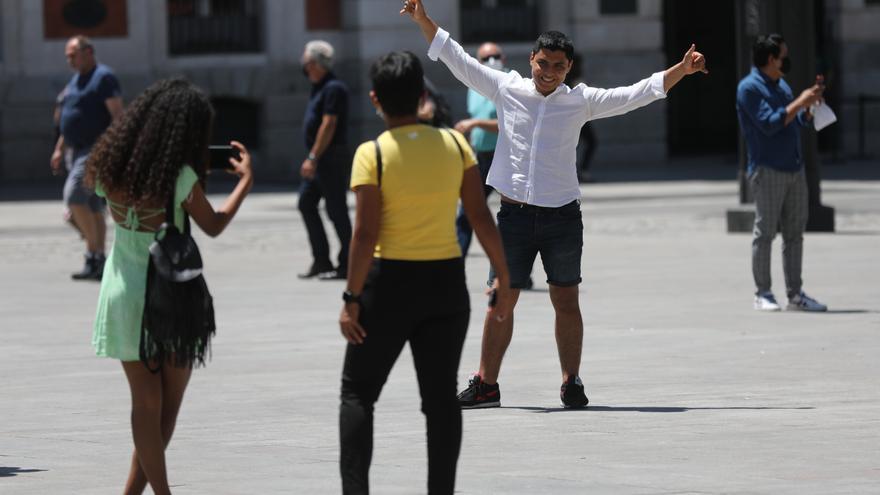 Lyou new infections have risen 82% in Madrid in the last week and the delta variant already exceeds 90% of the total, which raises the cumulative incidence to 647 cases over fourteen days, being the age group from 15 to 24 years the most affected, with an incidence of more than 1,700 cases.

This was announced this Friday by the Minister of Health, Enrique Ruiz Escudero, at a press conference in which has once again denounced “the lack of control at the Barajas airport”, where in the week of July 15 to 21, 31 positives have been detected, two with a positive test at source, each of which have been able to generate an outbreak.

At the Adolfo Suárez Madrid Barajas airport, between January 1 and July 21, there were 418 confirmed cases of travelers on international flights, figures that increased 63% in June.

“The cases received in this way cause a weekly outbreak in our community,” according to Escudero, who “is scared to think about all the asymptomatic or close contacts who have not had control” when entering this way, despite which, the Minister of Health, Carolina Darias, “continues to deny us a monographic meeting and without giving it the importance it deserves.”

Figures much lower than those of January when, with a similar number of infections, the percentage of admissions in the ward was 14% and in the ICU between 1.5 and 2%.

“For every patient admitted to the ward today in January, three were admitted, and for each patient in the ICU in January, five were admitted. “In addition, the daily average of deaths in January was 25, compared to three on average now, and” that is where the effectiveness of the vaccine becomes more evident, “he said. explained the counselor.

This is also seen in the new cases, only 5% had the complete schedule, 15% the first dose and more than 80% were not vaccinated.

Madrid has already administered 7,250,552 doses, 94.7% of the doses received. The region has 59.5% of the target population with the complete regimen and 78% with the first dose.

“We are working in a scenario of vaccine shortage, which conditions the advancement of vaccination. We will no longer have any more Astrazeneca vaccines and we have returned 200,000 due to lack of a target population” over 60 years of age.

The Community of Madrid “would need 3.5 million doses to complete the vaccination of the target population pending and today the ‘stock’ is 401,383 doses, “according to Escudero, who has estimated Pfizer’s planned weekly doses around 250,001.

“The slowdown in August will be even greater”, since Moderna ser will receive a smaller number than Pfizer and Janssen, which is also only for people over 40 years old, “we have asked to allow vaccination with Janssen according to the technical data sheet, to older of 18 years”.

“We need more vaccines; the fifth wave is a consequence of this lack of vaccines,” concluded the Minister of Health.