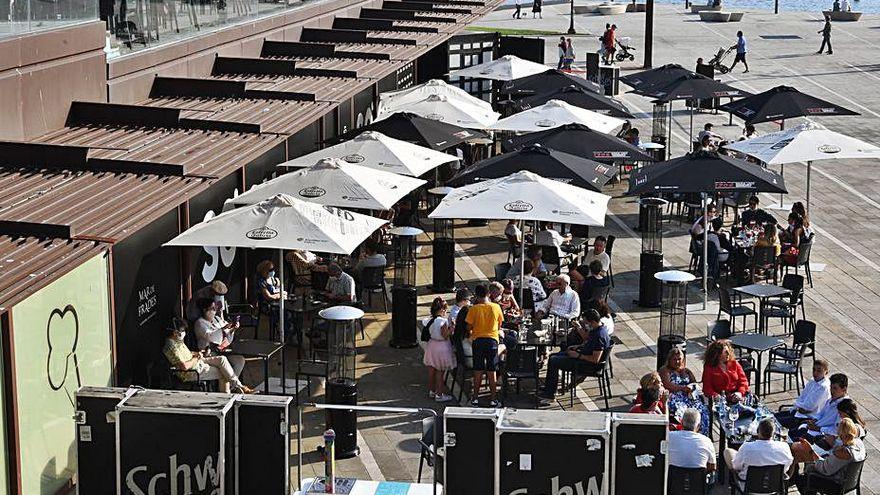 After the First World War and coinciding in time with the end of another pandemic, the one baptized as the Spanish flu, those who have gone down in history as the happy or crazy 20s. A time of economic prosperity in the United States and some European countries, which laid the foundations for the individual consumption of goods and which made the more affluent classes throw themselves into the enjoyment of leisure with cabarets or jazz clubs as the iconic image of those years. Now, there are those who believe that history can repeat itself. The professor of Sociology at Yale University, Nicholas A. Christakis – considered by Time magazine as one of the hundred most influential people in the world – believes that in 2024 it will be possible to speak of a post-pandemic and “a time of sexual debauchery may come and economic waste ”. Psychologists Y sexologists Galicians, however, rule out that after overcoming the coronavirus pandemic there will be a collective euphoria, but they believe that there will be two formulas to focus on life: those who bet to enjoy it to the fullest and those who come out of this health crisis more cautious and prudent.

Christakis recalls that if you look back you discover certain patterns that always repeat themselves. “In the last 2,000 years when a pandemic ends there is always a party,” he pointed out a few weeks ago in an interview with the BBC, where he argued his prognosis with the fact that, during a crisis like the current one, “people save more , he has less social interaction, he stays at home more and sees his friends less ”. This, he predicts, will have a rebound effect when the situation returns to normal. Christakis believes that citizens will bet more on leisure -from going to restaurants to recitals, pubs or sporting events-, there will be a greater tolerance to risk and “People will spend money that could not be spent”he told the BBC network.

Galician experts, however, are somewhat skeptical of this future. “I think two positions will coexist. On the one hand, there are people who have a great need to enjoy themselves, who have realized that it is an important need for them and on the other, people who will be more prudent as a result of the pandemic ”, explains the member of the Official Colexio de Psicoloxía Concepción Rodríguez, who gives two examples of what, he believes, will happen when the pandemic is behind us. “Adolescents, for example, who have deprived themselves of much, want to live longer, enjoy, not give up and it is normal, it is not something negative,” says this psychologist, who speaks of the other extreme, things that are the same they are here to stay. “We know more about diseases and this can lead to caution. As from now on, it will be rare for someone to go to an airport, where there are people from all over the world who can bring a virus, without a mask, ”he says.

The Galician sexologist Emilio López Bastos does not trust the collective euphoria either. “In general, most people express the desire to regain normalcy in which they lived before and in no case the expectation of novel experiences “, indicates the one who was vice president of the Galician Society of Sexology, who although recognizes that in the first festivities or relief of restrictions -as at Christmas or long weekends- yes” there was a greater social and festive activity ”, he does not believe that it is the usual dynamic when the pandemic ends. “The return to normality will not be abrupt or sudden, so I think it will occur without euphoria,” says López Bastos.

Experts also believe that personal experience during the pandemic will be key to seeing how their exit is faced. “A person who has been prudent and has kept the measures and who has not been infected is not the same and therefore sees that he is compensated by that attitude than who has done it and did have the virus,” says Rodríguez, who also recalls that there are many people who even require psychological attention to return to daily tasks such as drinking coffee or meeting their friends “due to fear, stress and anxiety”.

Nor do these experts agree that there is sexual or economic debauchery. “The way of relating to others is changing and I think there is more prudence when it comes to maintaining relationships”, Indicates Rodríguez. “It is not possible to generalize about whether sexual habits have changed this year since it depends on whether they are teenagers, unemployed couples, teleworkers, singles, etc … but it is possible to speak of a certain fatigue and changes in normalized habits from the lives of those whose sexual desire is not isolated, “says Bastos, who recognizes that the limits to mobility” affected people without a partner to establish new relationships “and have caused an increase in the use of the Internet to meet people. Economically, Rodríguez recalls that there are people “in a difficult economic situation or in precarious employment”, something that will make it difficult to waste that Christakis predicts.

No ‘baby boom’ after confinement

Although there were experts who predicted that after the forced confinement of almost three months between March and May 2020 there would be a kind of baby boom and the birth rate would increase, the reality is just the opposite. Spain registered 23,226 births in December, the lowest monthly figure since the 1940s and if the analysis is limited to the city of A Coruña, between January and February there were a hundred fewer births and the number of deliveries in hospitals fell by 17% Compared to the same period of the previous year.

Experts are clear that the uncertainty, fear and job instability that the pandemic has brought have won the battle and Those who want to have children are thinking about it now a little more than before the outbreak of the coronavirus.

“In the first confinement there was a high level of ignorance and uncertainty about the evolution of the pandemic. This, added to the change in habits and routines and the impossibility of having a perspective of stability in the future, will have caused many people to postpone the decision to have children until they feel more secure in future stability, ”says Galician sexologist Emilio López Bastos.

From the Demographic Renaissance Foundation they used the same reasons in December, a minimum month. “We believed that there would be a baby boom because people were going to get together more but in the end the atmosphere of anxiety and uncertainty that was created prevailed,” they pointed out in this organization, where they recognized in an interview with Efe that they would still have to wait a few months to see if this decline in the birth rate is really consolidated or is it just a one-off drop.