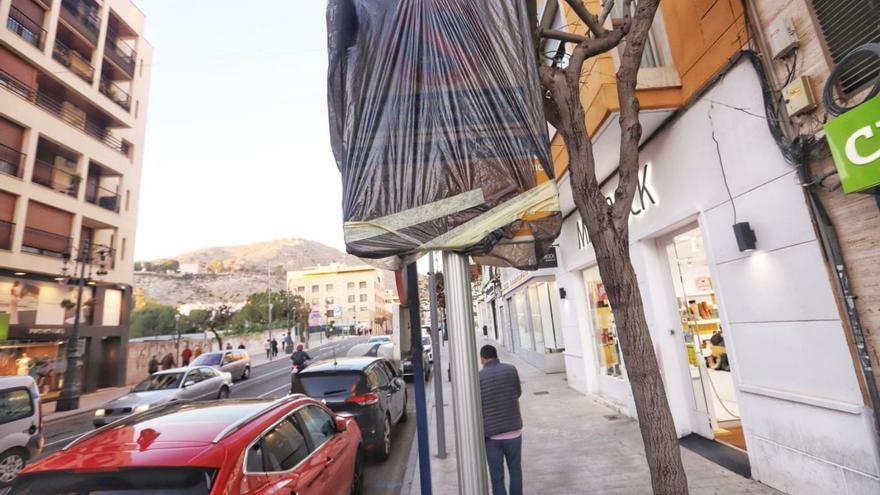 The parking meters in Orihuela have been sealed and the signs indicating the blue zone have been wrapped in plastic bags since the 13th, when Mayor Emilio Bascuñana signed a decree to suspend the application of the tax ordinance regulating the rate, and so on until the service is provided again by the awarded company or by its start-up through another form of management. This measure was taken when the contract that was signed in 2016 expired the day before.

Then, on the 21st, the Mayor’s Office requested a report from the General Secretariat “the possibility of providing the service through direct management, provisionally, until a new award.” In the same document it is explained that “the contracting procedure is in progress”. However, it estimates that it will be completed in “six months”, at the same time that it recognizes that “it may be extended as a result of the presentation of contractual appeals.” It is even estimated that it can take a year. Meanwhile, on a day-to-day basis, the problems that parking is not regulated in certain areas of the city that need movement and not prolonged parking are becoming apparent. Without forgetting the amount that the municipal coffers fail to collect.

Now, the Secretary’s report, to which this newspaper has had access, resolves that the City Council “can opt for direct management, having to decide whether to do so through the local entity itself or through a municipal company with entirely public capital.” In the latter case, “you will have to prove with a supporting report that this form of management is more sustainable and efficient”, determining the cost of the service. Likewise, the auditor will assess the financial sustainability of the proposals. In the absence of these reports, the PP opts for a municipal company, because the City Council does not have employees for it and because in this way it is easier for the same workers who until now had been providing the service in the Setex Apark company to continue.

In this sense, the Secretariat highlights that an existing municipal company can be used, as has happened with the recent commission of the management of the early attention center to the historical Uryula society. Regarding the workers, he warns that the transfer of the workers of the concession company is one of “the most controversial aspects” in these cases, since it raises “a tension between the legal norms of a labor nature.” However, the report concludes that there are various formulas that make it possible and determines the procedure to follow.

The proposal must be approved in the municipal plenary session

The report of the Secretary of the City Council that gives way to municipalize the so-called blue zone concludes that in any case the direct management formula of the vehicle parking control service on public roads must be adopted in plenary session. This month’s session debated a PSOE motion that demanded the disapproval of the councilors of Infrastructure (Citizens) and Contracting (PP) for their “inefficiency” in processing the contract tender before reaching the current situation, with the parking meters sealed. The discrepancy within the government team was also revealed. However, PP sources affirm that if they did not have the support of Ciudadanos for direct management, they do not believe that the opposition would reject it.