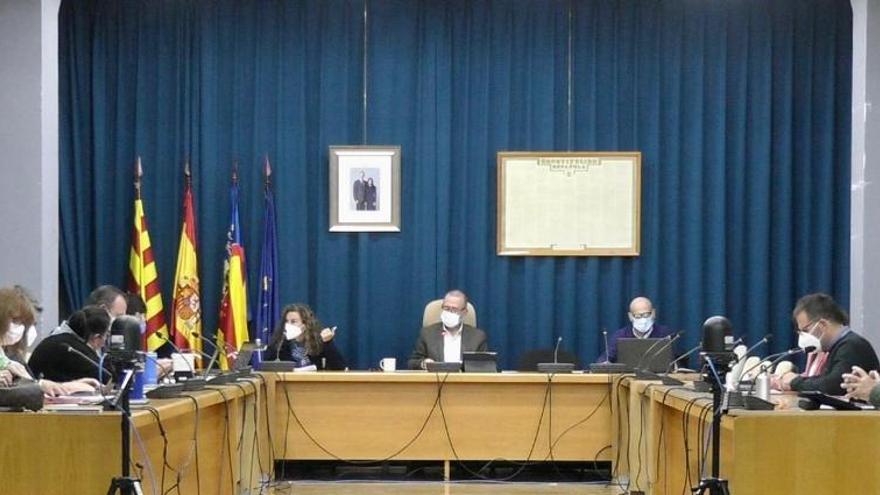 Specifically, the measure consists of requesting the Generalitat Price Commission to proceed with the review of the El Campello drinking water rate, based on the proposal made by Aguas Municipalizadas de Alicante in 2019. And it went ahead with the votes of the PP (7 councilors), the abstention of PSOE (3), and Compromís (2) and Vox (1), and the vote against of Cs (2), Podemos (1), EU (1) and Red ( 1) – three councilors from Cs, PSOE and Compromís did not attend-. For the typical case of an average subscriber with a consumption of 25 cubic meters / quarter, the new rate will mean an annual increase of € 1.60.

These rates have not been reviewed in the municipality since 2013, and the start-up of the Mutxamel desalination plant has also meant that the City Council is “obliged” to face the bills for its construction that are already arriving, and is the manager of the water who has to pass that money on to the receipts, explained Mayor Juanjo Berenguer (PP).

This review was rejected in March, and without the plenary agreement the cost of the desalination plant cannot be passed on, which is leading to the non-payment of invoices from the central government, through Acuamed, worth 800,000 euros. The state society has already warned that it will take the City Council to court if it does not pay this money, a cost that it undertook to cover with an agreement in 2006 that was endorsed by the PP and PSOE, and which also allowed the arrival of desalinated water to the tourist municipality.

From Cs, its mayor Javier Martín based his rejection on the fact that “a detailed and motivated report on the rates has not been made. What is presented by Aguas is considered good, which is a study carried out in 2018 “, understanding the orange formation that” circumstances have changed substantially between 2018 and 2021 “. And he pointed out that the Law establishes that in case of non-pronouncement of the City Council on the rates, Aguas can go directly to the Generalitat to request the revision, and therefore Cs voted against the point, based on the municipal report that is in the file . In addition, it must be remembered that in the plenary session of March the orange formation denounced “pressure” from the mayor on this issue, something that the first mayor denied, opening a serious crisis that remains in the tripartite.

The mayor of Vox, María José Sañudo, who in March supported the revision and addendum to the agreement that extended the repayment period to 40 years, and who also fell, justified her abstention in that “Vox did not ask that El Campello be included “within the municipalities that would receive the desalinated water, but” due to responsibility “and to prevent the City Council from ending up in a judicial process for non-payments to Acuamed, they were not going to vote against. And he recalled that the agreement had the backing in 2006 of the PSOE.

For his part, the PSOE spokesman, Vicent Vaello, regretted that the PP did not agree to the opposition’s request in March to review the issue for a better study. The mayor pointed out that “we have clear ideas, but you cannot ask for a change of vote when what was requested in March was a change of attitude and more information and that has hardly existed, at least until the last minute.” He recalled that “rates have not been reviewed for more than nine years,” something that should be done practically annually. He pointed out that the Aguas proposal is two years old, without having presented a new proposal, but announced that they would not oppose it.

From Compromís Benjamí Soler affirmed that his vote was not going to change, although he reminded Cs that “the manager can no longer submit the request for review directly to the Ministry, it has to go through the plenary session. Before it was possible, but not anymore, otherwise it would have been done a long time ago ». And he pointed out that “we do not know if this is the best proposal, because it is based on the 2006 agreement.”

On the other hand, the position of the US, Podemos and Red was forceful against this rise in prices. The US recalled that it had already requested a report on the breaches of the 2006 agreement, to assess whether it is possible to annul it. “We are not against desalination plants, but we are not going to raise rates without having all the reports on the table, which we have demanded a year ago and they still are not,” said Pedro Mario Pardo.

The mayor of Red, Eduardo Seva, pointed out that “I notice a very threatening tone in Acuamed and Aguas”, highlighting that the water business is “dark”, and “I would rather review the 2006 agreement than submit submissively to an order from Madrid or de Valencia “, regretting that he has requested data on the situation of the wells and the volumes of transfers”.

From Podemos, Eric Quiles insisted that “they have tried to deceive us, since the agreement has been systematically breached, since the desalination plant was going to start up in 2015, it was going to cost 50 million and it has become more than 50% more expensive , and the work is not finished yet. ” And he insisted on the need to claim the nullity of the agreement.

In addition, the plenary session also approved the award of the maintenance, conservation and cleaning contract of the Fuente del Centenario, for whose irregular payments for a decade have led to an investigation. at the behest of the EU, for which the last two mayors, three councilors and a technician are charged.

The proposal had the favorable votes of all the groups and the abstentions of Podemos and Red, and both Berenguer and Soler, investigated for this matter, defended the work of the technicians.

Compromís and the “stable” government of the popular

From Compromís, its spokesman Benjamí Soler sent a message to the provincial PP, after its president, Toni Pérez, stated that “we do not understand that a stable government can be broken” after publishing this medium that Compromís no longer makes it contingent on Cs leaving to negotiate a possible motion of censure in El Campello that is still stopped. Soler stated that they were not going to change their abstention in March on the issue of water, and that “we would like to raise a query with the president of the provincial PP, who accused Compromís of wanting to break a stable government. I do not know what he means by a stable government, and Compromís has not come here to break anything “, wanting to show that it is not a stable executive at all, since without going any further Cs voted against, Vox abstained, and they were PSOE and Compromís those who allowed the PP to save the point.