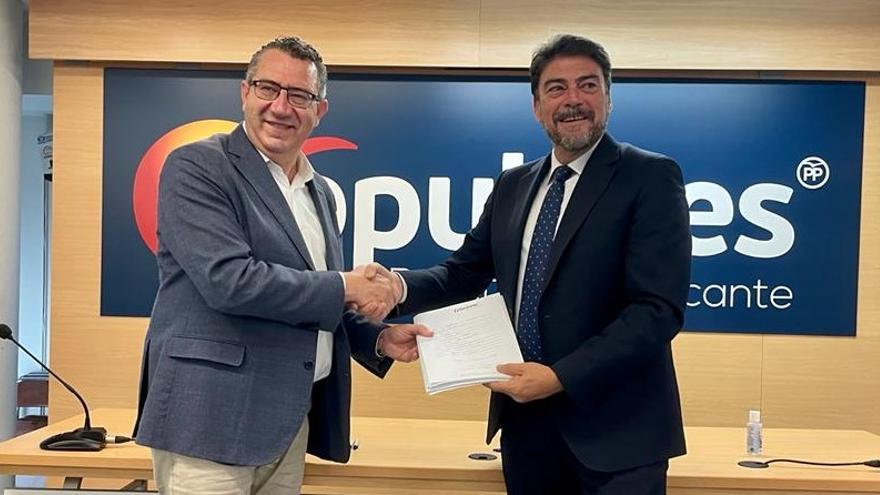 In addition to Alicante, which will hold its local assembly on the day November 27, the steering committee has approved the holding of local processes in municipalities such as Elche, Benidorm or Torrevieja. Alicante, which so far has the sole candidacy of the mayor of Alicante, Luis Barcala, will be the first major city in the province to hold its local assembly. Barcala, as a candidate for the presidency of the PP of the city of Alicante, delivered last Friday, to the organizing committee of the Local Assembly of the PP of next day 27, a total of 567 endorsements that you have collected to support your candidacy. The deadline for the presentation of endorsements and candidatures for the Alicante PP started on Tuesday, November 2 and will end this Wednesday, November 10. Among the endorsements there are affiliates from all the districts of Alicante and prominent militants such as the president of the Diputación and number two on its list in the last municipal elections, Carlos Mazón; the ex-mayor Miguel Valor; the deputy in Congress Macarena Montesinos; the former president of the Valencian Cortes Julio De España; the former subdelegate of the Government, Alberto Martínez, or the regional deputy and deputy spokesperson in the Valencian Courts, José Antonio Rovira. Representatives of Alicante civil society have also endorsed Barcala, such as the former Bellea del Foc Ana Belén Castellón; the president of the Federation of Moors and Christians of Alicante, Juan de Dios Bermúdez; the doctor Ricardo Hueso; the president of the APSA Association, Nito Manero; or the hotelier Vicente Mas. “I aspire to the presidency of my party in my city with the aim of renewing the illusion of militancy and giving a new impetus to the different areas of work so that the connection between the Popular Party, the neighborhoods and the citizens is growing. and more fluid, “said Barcala.

After Alicante, the rest of the assemblies of the PP will begin. A) Yes, Elche will finally celebrate its internal process on December 5th, Torrevieja on December 11 – as in Pilar de la Horadada and other municipalities – and Benidorm will do so on December 12. The local assembly of Elda will be on December 3, also coinciding with other populations.

In total, before Christmas they will have been celebrated around 70 local assemblies in the province of Alicante after the postponements forced by both the covid and the PPCV Congress, which ratified Carlos Mazón as regional president of the party. The internal process of local assemblies It will run from November 24 to December 15.

“In the PP of the Province of Alicante we have already opened the process of assemblies in the municipalities. It is time to continue giving voice and participation to the militancy ”, said the president of the PP of the Province of Alicante, Toni Pérez. “We are on the move. The game does not stop and also with very good expectations. The surveys say so and so does the number of affiliations. Since the Popular Party announced the meeting in the Plaza de Toros de València we have received more than 140 new affiliations in the province of Alicante ”, said Pérez.

In most clusters no surprises are expected and the candidates are very profiled.

Also Read  "To understand violence, you also have to listen to the executioner"