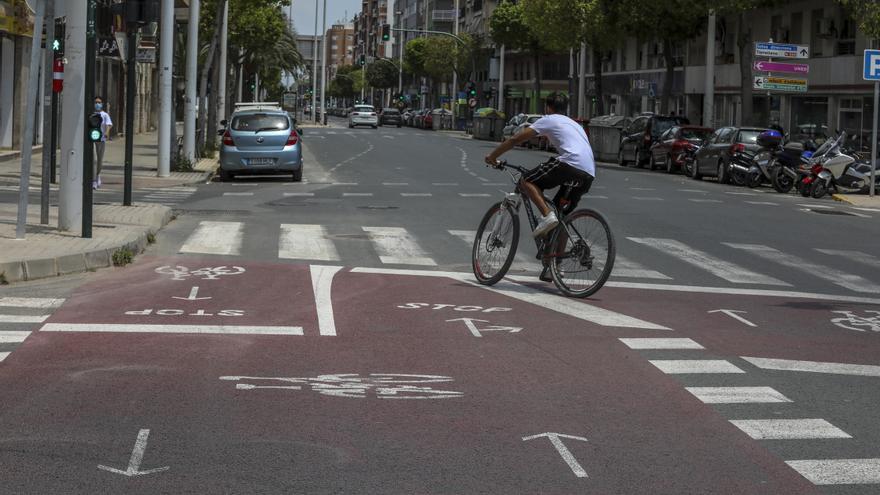 The deputy spokesperson for the popular municipal group, José Navarro, has valued the decision of the municipal government of PSOE and Compromís to continue with the installation of bike lanes at the cost of eliminating parking lots or roads.

Navarro has declared that “Compromís continues to impose their mobility model on us by force, continue to raise more expenses in bike lanes throughout the urban nucleus without the endorsement of neighbors, or traffic reports from the Local Police “.

“But it’s not their fault, it’s their fault. Mayor Carlos González and the PSOE that allows a party with 6,000 votes to impose its city model because the PSOE of Elche lacks it. A project, which includes the elimination of a traffic lane to place a two-way bike lane on the Generalitat bridge, the elimination of the central median in Pedro Juan Perpignan as well as the continuity of the bike lane on Avenida de Alicante ” – Navarro continued- “We have to remember that the SUMP has not yet been approved and they are masking works, supposedly provisional, as definitive, is this procedure correct? absolutely not”.

“From the Popular Party We strongly ask you to stop spending, that the priority of this city in terms of mobility is focused on creating parking lots and not making more difficulties for all the people of Elche who freely take their vehicle to work every day and stop spending, create unnecessary problems in our municipality and focus on much more important things ”, Navarro concluded.

For her part, the spokeswoman for the municipal group Citizens (Cs) Elche, Eva María Crisol, has denounced “the existence of municipal fords and reserve zones and parking prohibitions that are given improper use that does not correspond to what is stated in the municipal ordinance.”

According to the mayor, “the town hall it cannot only act as a tax collector; with the existing census, control, maintenance and proper use of the licenses in which vehicle parking is allowed should be carried out, upon payment of the corresponding fee “.

Crisol has argued that the local administration “must ensure efficient processing in time and form of all types of municipal licenses to facilitate the access and use of these services by people of Elche and achieve efficient collection of fees.” The Cs spokeswoman has assured that “at present there are fords and reserve parking areas whose license period has expired but the plates are not removed, either due to the death of the holders or for other reasons, and others whose use is different from that of the Ordinance and is not controlled either “.

From the municipal group of Citizens, the City Council has been urged to carry out the necessary tasks for the inspection and control of the use of all fords and reserve areas and parking prohibitions in the municipality, at least annually. It is also emphasized that the plates whose purpose is different from that of the Ordinance and that the ownership of the same is verified. Crisol has also requested “that an identification system be established that makes visible the validity of the ford as well as its number and the parking spaces assigned to it.”

The mayor has criticized that the Government team “Keep up your efforts to make parking more difficult.” He also affirmed that “the use of motor vehicles is being criminalized and areas with a lot of traffic are being punished by turning car parks into bike lanes, such as the area of ​​Corazón de Jesús, where residents do not stop complaining about the senselessness of the installation of a bike path from Plaza Obispo Siuri “.

Crisol has insisted that “from Ciudadanos we have always defended that this type of action has the consensus of the neighbors and shops in the affected neighborhoods and that the action has continuity, use and is integrated into a city plan that does not exist. ”