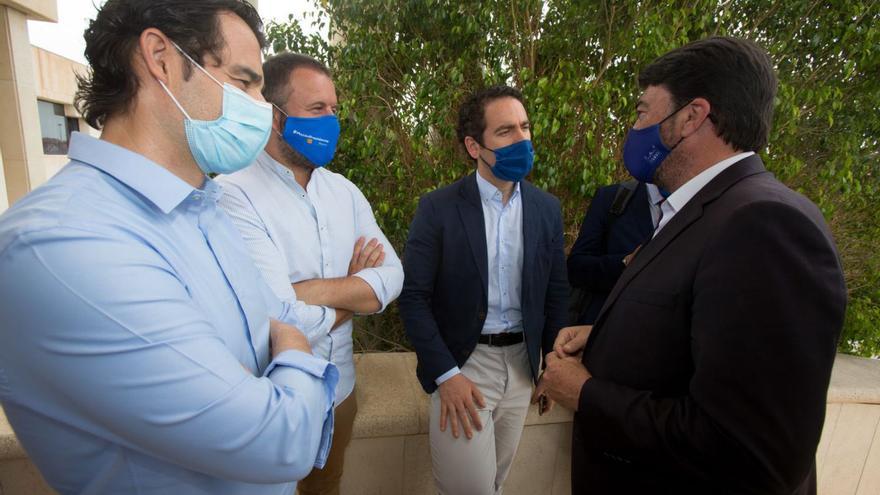 The forecast of the provincial PP is to hold local assemblies in a first step in 73 municipalities before the end of the year, that is, with the completion of processes within a month. Specifically, it will be divided into two phases. The first is the one that starts today in Alicante to formalize the transfer of the local presidency to the mayor Barcala, as the only candidate for the position and who replaces Antonio Peral. A good part of the first sword of the popular in the Community will attend the assembly, led by Mazón and the general secretary of the party, María José Catalá, as well as the president in the province, Toni Pérez. In principle, Elche should be the next city marked on the calendar. In fact, the act to anoint Pablo Ruz was fixed in principle on December 5. Finally, it will be delayed for three weeks with the aim of balancing agendas and trying to get the national leader, Pablo Casado, who is expected to go to the city of Elche on those days to celebrate Christmas with his in-laws.

Although the following dates have not yet been specified, it is known that between the conclave of Barcala and that of Ruz, assembly processes will be carried out in another 32 municipalities, among them, those that will revalidate the local presidency of seven provincial deputies of the PP . Also included is Elda’s candidate, the current municipal PP spokesman, Fran Muñoz, who will replace Adela Pedrosa. This was another of the places in which there were doubts, due to the strength of the socialist Rubén Alfaro there, but, finally, the apparatus has covered Muñoz’s candidacy, the only one registered.

Everything indicates that the solution will not be so simple in Orihuela, where Emilio Bascuñana is entangled in a judicial process, accused of collecting more than 200,000 euros from the Generalitat as a Health advisor without, supposedly, there is a trace of the work he was doing. And in relation to Alcoy, they affirm in certain circles of the PP that there are doubts with the continuity of the spokesman, Quique Ruiz, who everything indicates that he would have to face the socialist Toni Francés at the polls. However, management sources emphasize that the fact of electing local presidents now does not mean that they will be the head of the list in the next elections.

In the Middle Vinalopó, Sonia Carbonell in Agost; Mari Carmen Joven in Algueña; Héctos Javier Puche in Salinas; Sergio Puerto in Aspe; Fran Muñoz in Elda; Ana Marhuenda in Monóvar; and José Bernabéu in Hondón de las Nieves. In Alto Vinalopó only candidates have been appointed Ana Galvañ in Beneixama; May Martínez in Biar; Juan Sempere in Campo de Mirra; Rafael Serrano in Cañada and Laura Estevan in Sax.