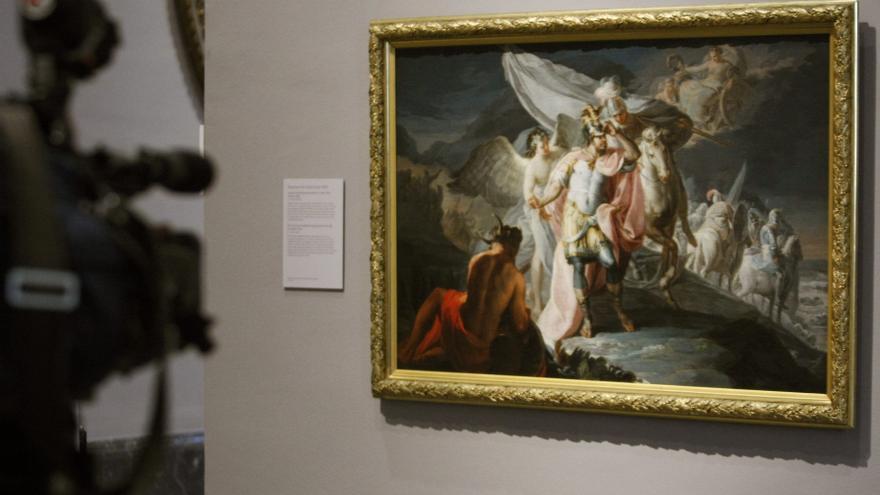 The Prado Museum has received the donation of ‘Aníbal victor’, its director, Miguel Falomir, announced this Wednesday. Is about the first construction site documented of Goya, acquired for 3.3 million euros by the Friends of the Gallery Foundation.

“Today is an extraordinarily happy day for him museum, this painting of “Hannibal victorious, who for the first time looks at Italy from the Alps” is incorporated into the museum’s permanent collection and does so once again thanks to the generosity of the Fundación de Amigos del Museo del Prado “, explains Falomir in a post on Instagram.

The work belonged to the Selgas-Fagalde Foundation, which in 2011 had loaned it to the Prado. This painting completed one of the few chronological gaps in the Goya collection at the museum and, dated 1771, it became Goya’s first authenticated work to be exhibited at the Prado.

The donation honors the memory of Professor Calvo Serraller, one of the founding members, vice president of the Board of Trustees of the Fundación Amigos del Museo del Prado and director of its academic line, who was director of the museum institution when, in 1993, Jesús Urrea attributed to Goya authorship of the work. It was acquired for 3.3 million euros, indicates a statement from the Museum.

It had been bought as an unauthorized Italian painting by the founder of the Selgas-Fagalde Foundation of Asturias in the mid-19th century in Madrid.

The Aragonese painter was presented with this work to the contest organized by the Academy of Parma in 1771. Although he received a mention, the Spanish genius did not win the contest. According to studies, it could be political reasons or, perhaps, that the colors did not match those used at the time.

Although Goya adhered to the norms that this institution dictated that the paintings presented should have, he skipped some details. The painter placed Hannibal in the foreground, giving him all the prominence, despite the fact that the bases indicated that the genius with majestic wings should go before the hero, shaking his hand.

“Goya was interested in showing Aníbal when he had just passed the Alps and faced crossing the Po river, represented iconographically by a male figure with the head of a bull or a buffalo”, commented in 2011 the head of conservation of the eighteenth century and Goya , Manuela Mena, for whom one of the interesting aspects of the painting is the expression of the hero.

“Its strength almost recalls the figure of Hercules with all its power and anti-classicism. We do not know if he is going forward or backward, but he looks with illusion, although at the same time he is afraid, “said the conservative and stressed that Aníbal’s eyes evoke those of the soldier who was the protagonist of” The executions of May 3. ”

Another interesting detail of the work is the way of interpreting the army, “which appears tired after crossing the Alps. Goya uses bluish and grayish tones to express this fatigue”. Goya made changes with respect to the preparatory sketch, which featured a toppled horse that was barely supporting itself, and painted a horse “that is going to move on.”

Some of the compositional elements that appear in this work would remain throughout the artist’s career, “such as subtly raising the figure of the hero, representing the rest of the figures with smaller dimensions,” said Manuela Mena, who considered that Goya demonstrates his study of Antiquity in the representation of Hannibal’s helmet and ties.

Another important element “that contradicts the assertions of some that Goya did not know how to paint hands, is the perfection of the drawing of these“, according to the curator.” Everything is perfectly studied in this work, essential for the museum’s collection. This is Goya collecting the wisdom of those he admired “.

This donation is the first act of the Foundation’s 40th anniversary commemoration that will continue with the publication of a book on its history and will culminate in an exhibition in the Prado rooms, in which, for the first time, the works donated by the Foundation during its four decades of history.