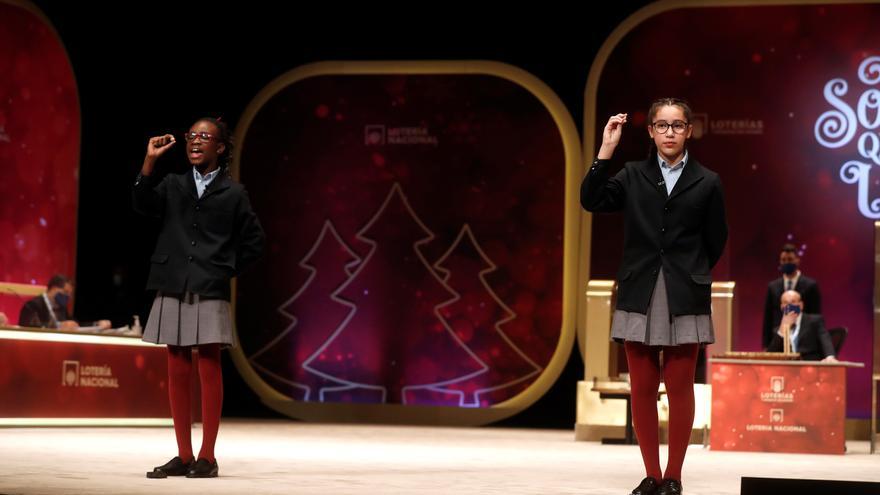 The Christmas Giveaway opens this Wednesday 193 boxwood balls in its drums, the application bizum to charge awards under 2.000 euros and numbered tickets to attend as a public, whose customary hubbub and joy will undoubtedly be less due to the reduced capacity that the pandemic has imposed.

Today in the afternoon the numbers and prizes balls will be counted for tomorrow’s draw at the Teatro Real, which marks for many the start of the Christmas festivities.

At 8:30 a.m. tomorrow, the 22nd will be constituted the table that presides and authorizes the start of the draw and then the number and prize balls will be mechanically transported from the hopper, into the drums, closed and turned simultaneously.

This year the issuance of the extraordinary draw reaches the 3,440 million euros, of which 70% will be distributed in prizes, representing a total of 2,408 million euros.

La Pedrea, famous for its sound of “miiiiil eurosss” sung by the Niños del San Ildefonso, distributes 1,794 prizes of 1,000 euros to the series (100 euros to the tenth).

More than 40 people make it possible to obtain the list of prizes and the winning populations through a computerized process. After finishing the draw, the file of numbers and prizes is sent to the National Mint and Stamp Factory, in charge of printing the official list.

Among the novelties of this edition, the president of the State Society of State Lotteries and Gambling, Jesús Huerta, announced a few weeks ago the possibility of collecting prizes with an amount less than 2,000 euros through the bizum application.

A total of 193 balls will also have a new life, which after the usual verification tasks advised their replacement due to their state of preservation.

The 100,000 number balls and 1,807 prize balls arrived at the Royal Theater a few days ago, all of them made of boxwood, with laser engraved numbers and with the same weight (3 grams) and the same size (18 millimeters). .

Given the situation of the pandemic, and because it is a long-term event, a reduced capacity of the public is expected in the stalls. It is about balancing health security with audience attendance in a testimonial way.

As usual, those who wish to enter must wait in line, and, as a novelty, it will be facilitated a ticket at the box office of the Royal Theater with its corresponding numbered seat.

Likewise, you must identify yourself with your ID and provide a phone number and / or email such as anti-covid protection measure, to ensure the traceability of contacts.

Each audience member must remain in the assigned seat; the first row will be kept unoccupied to guarantee a safe distance from the stage, and the next two rows will be reserved for the photographers.

Starting from the following rows, a free space will be left between one attendee and another, to maintain the interpersonal distance.

Likewise, mobility is restricted for all attendees, who They must remain in the fixed position, without moving around the room; They will not be able to eat food inside the enclosure or remove the mask.

Like last year, the space between the drums has been increased, to guarantee the safety distance required.