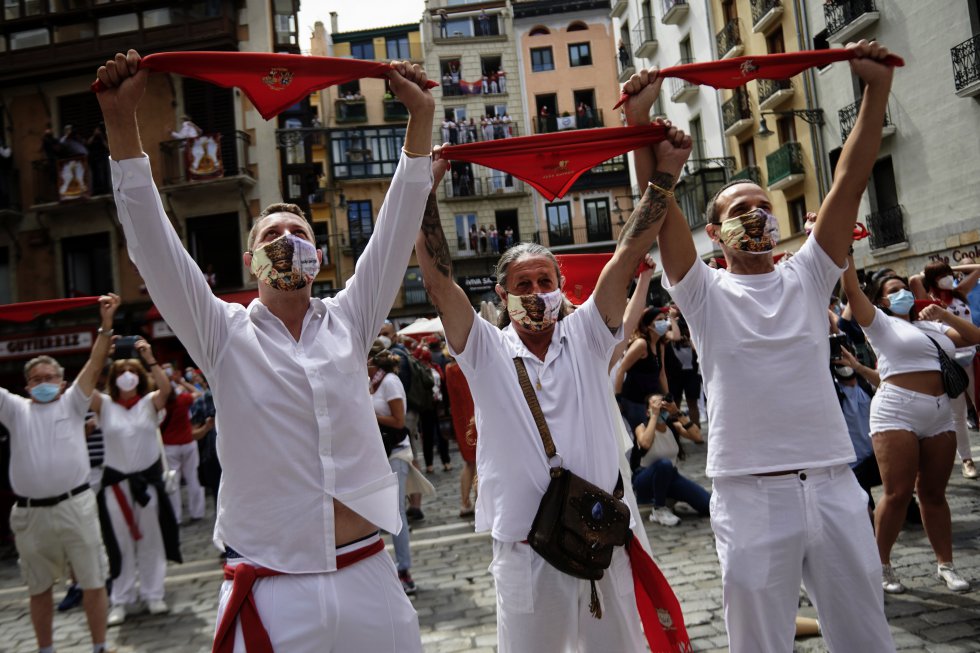 We will live them was the motto with which the Pamplona City Council approached the communication campaign to call for responsibility between July 6 and 14 of last year, the dates on which the city organizes its sanfermines. The countdown clock for the chupinazo that wears the facade of the Estafeta bookstore marks that there are 153 days until the rocket explodes again in the sky of Pamplona, ​​but everything indicates that its owner, Carmelo Butini, will have to return to reprogram the clock, as it did in 2020. The Navarrese president, María Chivite (PSN), has affirmed that “an international party like the Sanfermines” will not be possible in 2021. This is how he responded this Tuesday in a business forum to a question about the celebration of the holidays. “It is not responsible to encourage hopes that I sincerely believe that they will not be able to be,” said the president, who added that “beyond the fact that many things may happen between now and July, it is difficult to celebrate the Sanfermines”.

However, its organization corresponds to the Pamplona City Council, led by Enrique Maya (Navarra Suma), and the Consistory has not made any official decision about the festivities, for which it maintains its budget within the project that was approved last December. The mayor has recognized on several occasions the difficulty of being able to celebrate San Fermines and, after these statements by the president, he recalls that “the sanitary competitions belong to the Government, but the final decision on whether or not to suspend the San Fermines is the City Council, because it is the program [las fiestas]”. In this sense, he adds that “with the available data, it will obviously be difficult to talk about Sanfermines as we have known them so far”, but remarks that “there is no decision made.”

According to the calculations of the Foral and Municipal Police of Pamplona, ​​during Sanfermines the population of the city multiplies by four, exceeding one million people in the city during the most important days of the festivities: July 6 and 7 and weekend. Pamplona festivals and their confinements attract people from places like Australia, New Zealand or Japan, and especially from the United States, where the Nobel Prize for Literature Ernest Hemingway popularized them in his novel Fiesta.

Navarra currently maintains restricted mobility, as it is closed on the perimeter to neighboring communities, and indoor social gatherings are limited to the area of ​​cohabitants. To these restrictions, in force until next February 11, the closure of the interior of the bars is also added.