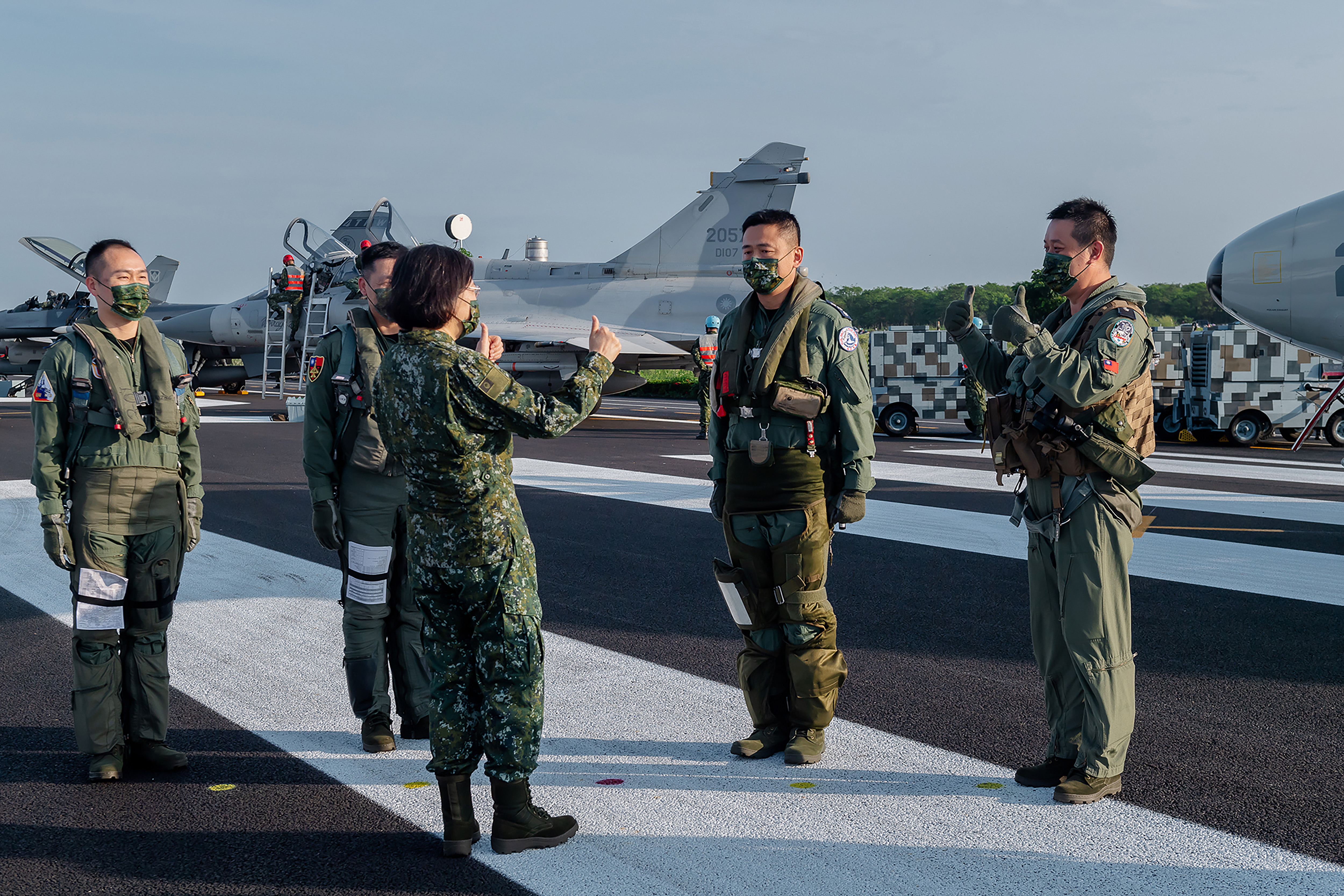 Taiwanese President Tsai Ing-wen has for the first time officially acknowledged the presence of US soldiers on the self-governed and democratic island, in an admission intended to fuel Beijing’s fury at a time when tension between the two sides of the strait and Washington continues to grow. In an interview with CNN television, Tsai pointed out that the military group is there to train the Taiwanese armed forces.

“We have a wide range of cooperation with the United States aimed at increasing our defensive capacity,” the president explained to the North American television network in the interview broadcast this Thursday. Tsai did not specify the exact number of soldiers of that nationality who are stationed on the island that China considers part of its territory, and limited himself to indicating that “there are not as many as people think.”

Tsai appeared to refer to an article published earlier this month by The Wall Street Journal, where it was assured that a score of members of the special forces and the Marine Corps have been stationed in Taiwan for more than a year, with the mission of training the Taiwanese forces.

The president’s statements come as China increases pressure on the island through air raids in the Taiwanese air defense zone – almost 150 in the first four days of October – and maneuvers in the vicinity.

Beijing considers the island part of its territory and has never renounced force to achieve unification, although it assures that its preference is the peaceful route. For its part, the Tsai government maintains that the future of Taiwan is something for its inhabitants to decide, among whom only 5% want annexation with mainland China. The president declares herself in favor of maintaining the the status quo current, but calls for a dialogue with Beijing on equal terms.

The dispute has its roots in 1949, when the nationalist troops of Chiang Kai-shek, defeated in the Chinese civil war, took refuge on the island and proclaimed the Republic of China there, while on the mainland the victorious communist forces of Mao Zedong declared the birth of the People’s Republic of China.

In 1979, Washington established full diplomatic relations with Beijing, for which it ceased to recognize the government in Taipei. But although he abandoned formal ties to the island, he has continued to maintain them informally. Its legislation obliges it to sell weapons for Taiwanese defense and its relationship with China is based, in addition to recognizing Beijing as the legitimate government of China, on the understanding that Beijing will not resort to violence to force unification. Furthermore, the US government has never made it clear whether, in the event of a conflict, it would come with troops to defend the island, in a policy designed, on the one hand, to reassure the Asian power and, on the other, to discourage Taiwan from being able to declare a formal independence.

But since Donald Trump came to power in 2016, the United States and Taiwan have forged ties as the relationship between Washington and Beijing deteriorated. That trend has grown dramatically since the start of the coronavirus pandemic in January 2020, and has continued despite President Joe Biden’s arrival at the White House this year.

China regards such a rapprochement uneasily, fearing it will encourage Taiwan and the Tsai government to try to advance down the path of independence, and has multiplied its warnings both through rhetoric and military muscle. To the air raids he adds numerous military maneuvers in the vicinity, while denouncing the US military support as an interference in his internal affairs.

For its part, Washington is concerned about Chinese pressure, which it fears could constitute trials to try to take the island by force in the not too distant future.

Last week, Biden surprised locals and strangers by responding categorically that the United States would come to the defense of Taiwan in case of attack, after ensuring that his country “has the commitment” to do so. Unlike South Korea, Japan or the Philippines, the island does not have a treaty binding US forces to intervene if it is invaded.

Although only hours later the White House assured that the president’s statements did not imply a change of position, and the “strategic ambiguity” remains, in his interview with CNN Tsai underlined his “faith that the United States would defend” the island in case of attack, “given the long relationship” between the two.

Taiwan seeks to strengthen its own army, much lower in troops and budget than China, and its government has requested an extraordinary amount for the purchase of defense systems. Asked if the island could defend itself without military aid, Tsai replied that “we will defend ourselves as long as we can … but let me reiterate, it is important to have the support of our friends, and of other countries with values ​​similar to ours.”

A day earlier, Biden had assured in a virtual meeting of East Asian leaders in which Chinese Prime Minister Li Keqiang participated that his government is “deeply concerned about the coercive actions of China”, which it considers a threat to the regional peace. Washington’s support for Taiwan remains “firm as a rock, and consistent no matter who rules,” Biden said at the closed-door meeting, according to a recording obtained by the Afp agency.