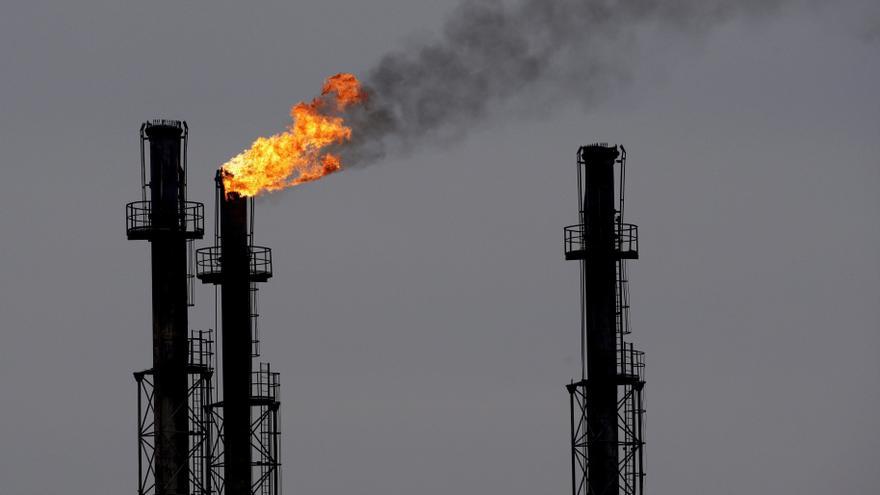 “Inflation (within the reach of ministers)” is a second reflection by José Luis Sampedro, this time with Carlos Berzosa, on a key issue in the coming years such as inflation. The first was “Inflation in full version” (Planeta.1976. RTVE Collection). The author of such sought-after novels as “The Etruscan Shadow” or “October, October”, lived for many years until his retirement from his profession as Professor of Economic Structure at the Faculty of Political Sciences of the Complutense. Sampedro’s thesis was that inflation is caused by the different social agents when the prices of the goods and services they produce rise in order to monopolize a greater proportion of gross domestic product or of world income. The example was at hand in what was called the crisis of the 70s.

In October 1973 after the war of Ramadan, or Yom Kippur, which pitted Israel against the Arab countries, oil went from 3 dollars to almost 12 dollars in a year, as now per kilowatt. The result was very burdensome for the trade balances of the industrialized countries. Oil, the main source of energy, was an absolute necessity, the most apparent consequence of which was the recession and global inflation that followed. Since then, OPEC has revised crude prices every six months to compensate for the trend towards the devaluation of the dollar. Another result was the accumulation of foreign exchange reserves, and large financial surpluses in the hands of the oil-exporting countries.

Currently, exporting countries have self-limited their own production, which leads to a rise in energy prices and a weakening of demand. Both in the 70s and now, the rise in energy mainly affects Western Europe and Japan, which are the most dependent areas; while the United States can be self-sufficient. The reaction of the most developed countries was, and will be, to pass on the increases in the price of energy to their own products, with the consequent international inflation. Unlike the 1970s, Europe has designed a strategy to largely replace fossil fuels with renewable energies, in line with the Paris Agreements to curb climate change. Agreements from which Trump took down in a clear offensive against the European Union; Biden encounters serious difficulties – on the part of the fossil energy companies – to reengage with the Paris Agreement as he found in the recent meeting in Glasgow or to pass the Build Back Better law, which is decisive to join the US in the fight against climate change.

To the extent that fossil energy companies draw resources away with price rises, investment in renewables is reduced, and economic recovery slows down even more. If in the 70s the alternative was the development of nuclear energy, today it is renewable. Nuclear power was only fully developed by France. In addition, it has stumbled upon the accidents at Chernobyl and Fukushima.

The Federal Reserve (the North American Central Bank) has already announced that, to curb inflation, it will revise interest rates three times during 2022, that is, the price of money – its “product” – which will mean: increase the costs of the debt, make any type of investment more expensive, and slow down the economic recovery. The European Central Bank will not raise interest rates, but will stop buying debt, and thus drain the liquidity and investment capacity of the system. In short, central banks stop economic expansion as a way of trying to control inflation.

Spain is one of the countries with the most advanced investment policy in renewables: wind turbines and photovoltaics, above all. What takes more time is to replace fossil fuels in transport, from the car to the plane. For this, lithium batteries and the production of “green” hydrogen – hydrogen produced through renewable energies – and the corresponding distribution and recharging networks are needed. These investments by Next Generation funds will still take years. Energy consumers in order not to lose purchasing power, we increase wage demands and employers will demand price revisions. Claims in the conventions and mobilizations, therefore. a hot spring and further social upheaval are to be expected. It will take a lot of dialogue and the capacity for pacts. It is about the distribution of the cake and the energetics – plus the fossil ones – have already taken their chunk.