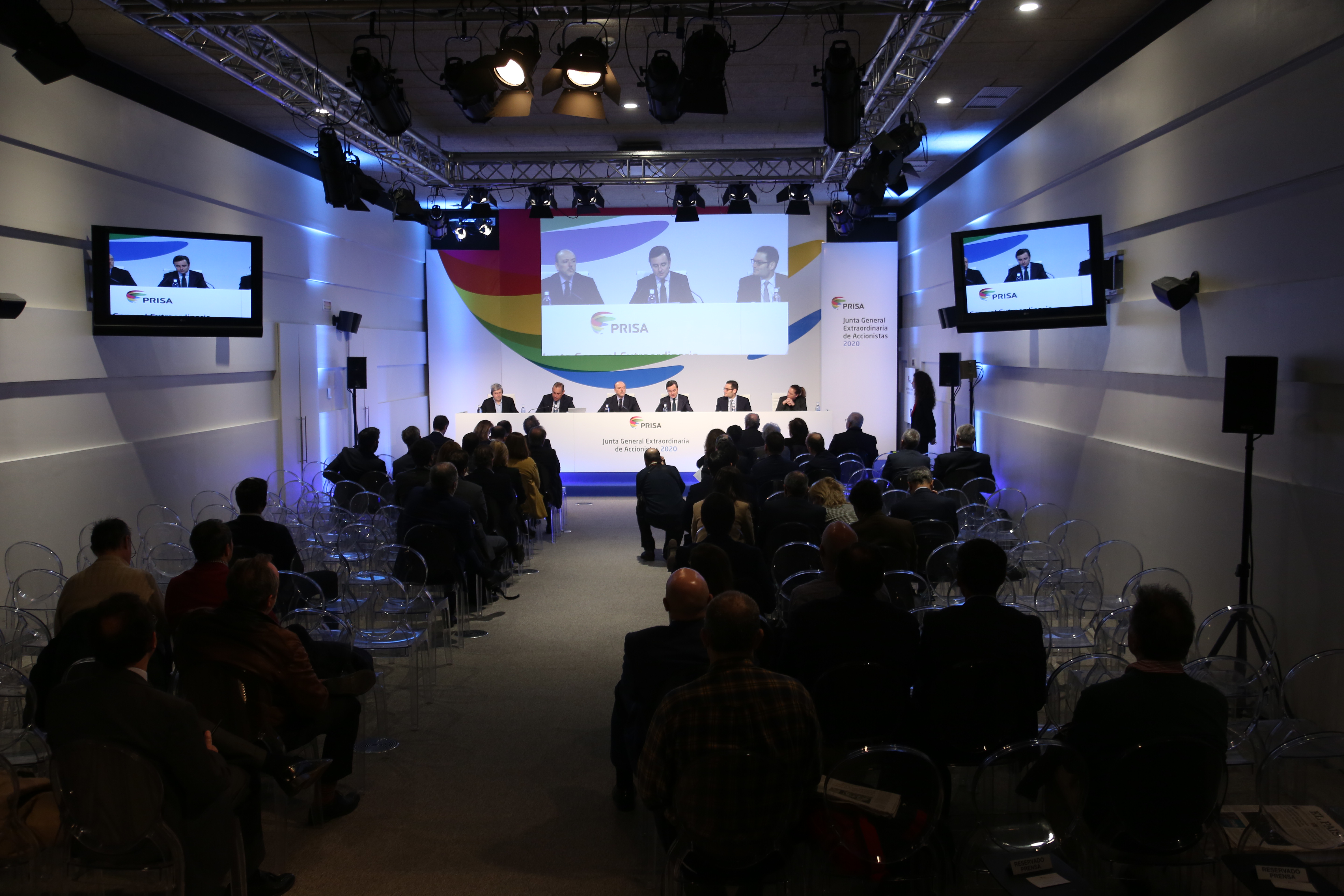 The extraordinary general meeting of shareholders of PRISA (EL PAÍS publishing group), held online this Friday, has approved the dismissal of Javier Monzón as president of the group.

The proposal has been put to a vote at the request of the investment fund Amber Capital, the group’s main shareholder, with 29.84% of the capital, since it was not included in the agenda, and has obtained the support of the majority of the shareholders.

The resignation has been approved by a narrow margin, with 52.2% support from the board, which is equivalent to approximately 44% of the capital, since 84.5% of it was present or represented at the meeting. The main support for the proposal for the termination of Monzón made by Amber has been that of Telefónica, with its 9.4% stake. 46.1% of the shareholders present at the meeting voted against, equivalent to 39% of the capital, and 1.6% of the shareholders abstained. Vice President and Advisor representing Amber, Joseph Oughourlian, will assume the presidency of the group temporarily until a meeting of the board of directors is called to appoint a new president.

Amber has justified the request to include the removal of the president in the agenda of the meeting due to the discrepancies that it maintains with Monzón on the strategy to boost the group’s business. “We have unique assets, great brands and a top-level team. Amber pushed for the separation of the media and education businesses [Santillana] of PRISA, considering that this will allow the development of industrial strategies in both businesses, as well as the consolidation of its leadership in Spain and Latin America, attracting top-level investors and creating an exciting project. This strategic decision should in no way mean dismembering the group, much less any buyer and at any price, but quite the opposite. It is about betting on our businesses. Javier Monzón does not clearly share this strategic vision, so Amber believes that the time has come for him not to continue leading the group. We cannot continue to trust those who intend to execute a strategy that we consider contrary to the interests of the company and of the shareholders ”, he has communicated to the meeting, according to the intervention read by the secretary of the board of directors.

Likewise, the fund has indicated that it would have preferred that “Monzón voluntarily withdraw from his position and this has been made known to him, but in the face of his repeated refusal, Amber has been forced to make an exceptional decision such as proposing his dismissal at a meeting of shareholders”.

In the reply, Monzón defended his management and denied that he had opposed the strategy of dividing the group into the two areas of education and media, ensuring that his actions have always been guided by seeking consensus among shareholders and directors. “I am pleased that Amber has shown her confidence in the future of PRISA and in the company’s management teams, and I am also pleased that she has confidence in the business separation roadmap, which has been a common goal of the board since the beginning of this year. But it is not truthful nor does it respond to the facts that I do not share this strategic vision, which I have promoted and which I believe I have achieved has been unanimously accepted by the board and by a very large majority that consists of our shareholders. I have always acted with the aim of seeking the understanding of shareholders and I will continue to do so at all times, because that is what benefits the company. I have always avoided division or fracture between shareholders and directors and on a day like today I have wanted to continue acting the same ”, said Monzón, who had previously placed his position at the disposal of the board in an intervention that could not be well heard by technical problems.

Javier Monzón (Madrid, 1956) joined the board of PRISA in November 2017. In February 2018 he was appointed vice president and since January 1, 2019 he was president of the board of directors. Businessman and economist expert in finance and technology, he was the head of Indra from its creation in late 1992 to January 2015. He also held various positions at Caja Madrid, Arthur Andersen and Telefónica, as well as being a member of various boards of directors of different societies.

The PRISA board has approved with a large majority all the items on the agenda, including the authorization for the sale of the Santillana Spain business to the Finnish Sanoma for 465 million euros. Other approved matters have been the remuneration policy of the directors applicable for the years 2020 and 2021, the modification of articles 15 and 24 (formulation and verification of the annual accounts) of the PRISA bylaws and changes to the regulations of the board of directors of administration.

On the other hand, the independent director Sonia Dulá has resigned for personal and professional reasons.