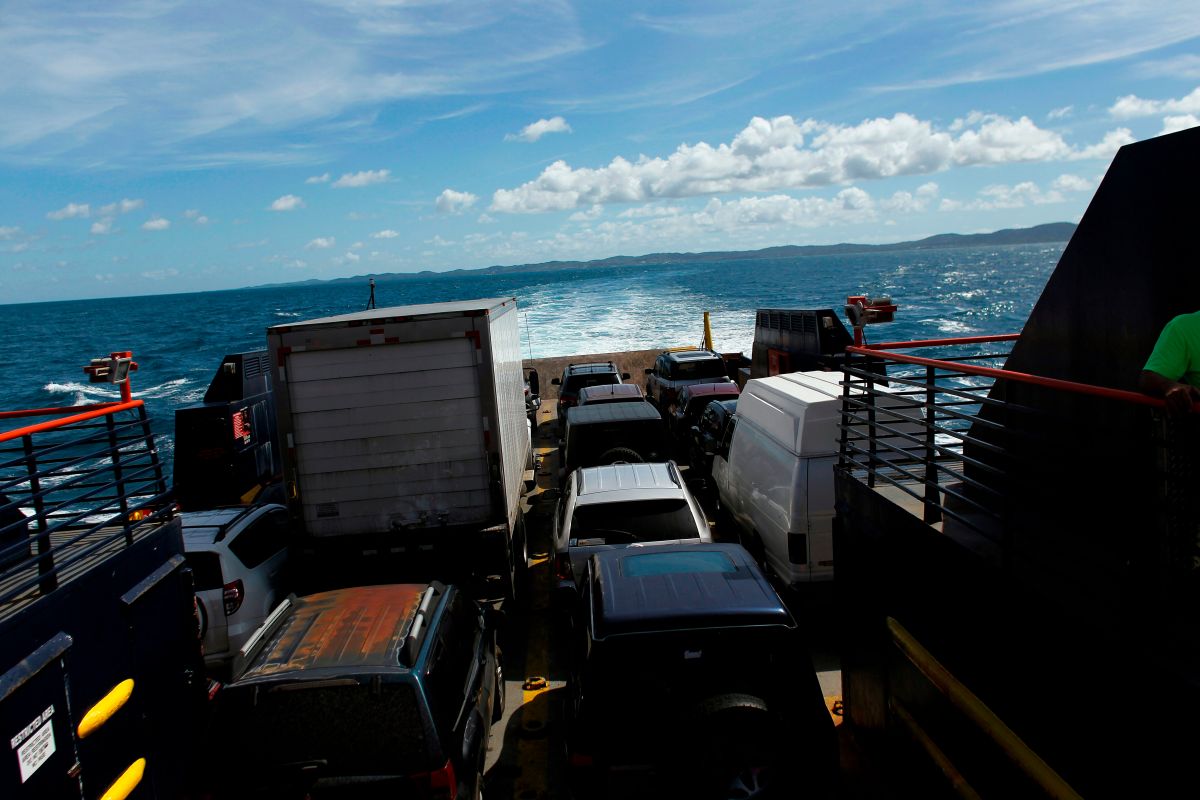 San Juan Puerto Rico – The small municipality islands of Vieques and Culebra, located off the east coast of Puerto Rico and that constitute an international tourist center, they have suffered for decades an isolation caused by poor maritime transport, a problem exacerbated in recent days by breakdowns in the barges that connect with the main island.

The problem, although not new, has been fully topical for a few weeks, when complaints of abandonment by local authorities have made a situation a little better known to which this Tuesday is trying to respond with the help of boats of the Puerto Rico National Guard (GNPR).

The two GNPR vessels to transport cargo to Vieques and Culebra will try to respond to a situation that has had political consequences and that caused the resignation of the executive director of the Maritime Transportation Authority (ATM), Mara Pérez, accused by some of an inability to solve a problem that has actually dragged on for decades.

The magnitude of the problem, which represents a real abandonment to their fate of the population living on these two small islands, prompted the intervention of the Governor Pedro Pierluisi, who assured that he will do everything possible to respond to this situation.

“Before assuming the position that I occupy today, I made a commitment with the residents of Vieques and Culebra to solve, once and for all, the continuous problem they have had in terms of maritime transportation,” said the governor.

“Given this, know that I will use all the resources at our disposal to ensure that your needs for supplies, fuel and reliable transportation are met,” he added.

Also Read  Love of Lesbian for 5,000 people in Barcelona: chronicle of a concert almost like the old ones | Culture

Pierluisi said that all the necessary actions are carried out to implement effective and sustainable solutions, such as placing the service in the hands of a public-private alliance so that the problem of maritime transport is quickly addressed.

Meanwhile, he said, the National Guard is activated, which will be responsible for providing the necessary support for the transport of supplies, such as food, fuel and basic necessities.

The case of “El Isleño”

The crisis of abandonment of Vieques and Culebra gained prominence after the vessel “El Isleño” had to stop operating due to a breakdown.

The measures taken to alleviate the situation included the rental of the barge and trailer “Marilyn H”, with capacity for 40 vehicles, which entered service to complement the cargo vessel “Mr. Mason”.

During the past weekend four trucks with gasoline and diesel managed to disembark from the “Marilyn H” at the Mosquito dock in Vieques, thanks to a dirt ramp that the island’s residents themselves reinforced.

The barge, which was rented by the ATM from the American Tug company, did not have the capacity to dock at the pier, so residents had to build the ramp.

The Mayor of Vieques, José Corcino, noted that the island needs to strengthen the inventory of its businesses, as the hurricane season approaches and many businesses lack basic necessities.

“The governor gave instructions that this situation be solved as soon as possible and alternatives be sought for us, the residents of Vieques and Culebra,” he said.

Governor Pierluisi said that he has taken the situation seriously and acted with a sense of urgency with immediate actions such as activating the National Guard and ensuring that the public-private alliance process is carried out within the established terms.

To improve the link with Vieques and Culebra, the terminal of the boats was changed, from the municipality of Fajardo, where it operated for decades, to Ceiba. The change had long been requested by Viequenses to reduce travel time to less than half.

But the change did not meet all expectations. The boats are still insufficient, the schedules are not reliable and, when it rains, the Ceiba terminal floods and becomes a quagmire.

The residents of the two municipalities now hope that, as a result of the media attention, their problems will reach a solution.