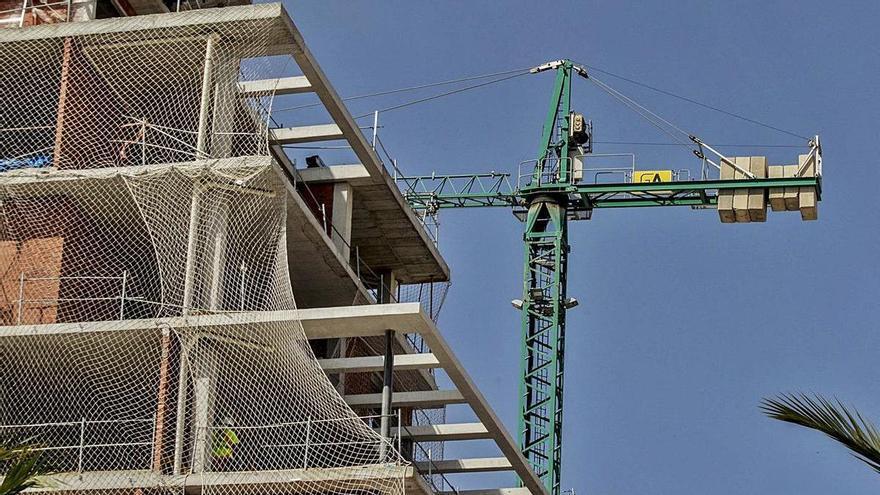 Too rich to access social housing, but too poor to buy a house on the free market. The promoters of Alicante alerted yesterday of the difficulties with which they are finding the average income to accede to the house and they demanded to the Consell greater facilities to promote VPO. A figure that for decades was the gateway to home ownership for thousands of young couples, but which currently has an almost residual use due, among other things, to the price ranges established by the regulations and the delay In the processing of some files, it makes them a very unattractive option for entrepreneurs.

This was revealed yesterday by the president of the Association of Real Estate Developers of the Province of Alicante (Provia), Pedro Javier Soliveres, during the general assembly that the organization held electronically and which was also attended by the second vice president of the Consell and councilor of Bioclimatic Housing and Architecture, Rubén Martínez Dalmau.

In this way, on the one hand, the promoters want the Generalitat to make final the order that is now renewed annually and that allows the maximum prices that are set for all VPOs to be exceeded in certain projects. A route that should be the exception, but which, in reality, is the one used by the majority of private promotions that are intended for this purpose, “since current limits make it unfeasible for VPO to be profitable in many locations under general conditions “As stated yesterday by the general secretary of Provia, Jesualdo Ros, after the assembly.

The problem is that to apply this regime it is necessary to justify it and receive authorization, and the procedures are prolonged. “We have files that have been waiting for a year and a half for the authorization of the Housing Directorate to be executed,” the president of the Alicante developers denounced yesterday, who demanded the vice president of the Consell to speed up this procedure.

For his part, Martínez Dalmau downplayed the problem and pointed out that these long periods only occur in VPOs that claim this declaration of exceptionality to raise prices, and that currently there are only three files of this type in process. In the rest, the vice president assured that they are up to date and are granted “automatically.”

However, according to the entrepreneurs, this low number of projects is precisely the consequence of the delay that is registered, which leads to the majority of developers not even considering building this type of housing. In addition, they insist that, outside of this exceptional regime, practically the only ones that are promoting VPO are municipal companies.

Faced with this situation, from Provia yesterday they raised the option of creating a joint working group with the Generalitat to seek solutions that facilitate access to housing for middle income and that, in their opinion, go through promoting the VPO again. “We are not asking for any kind of help, only that adequate prices are allowed and that the procedures be streamlined,” insisted the association’s general secretary.

Meanwhile, Martínez Dalmau promised to streamline these procedures and recalled that he has already commissioned a study to update VPO prices and adjust them more to current reality. An adjustment that he hoped would make these projects more attractive to the private sector.