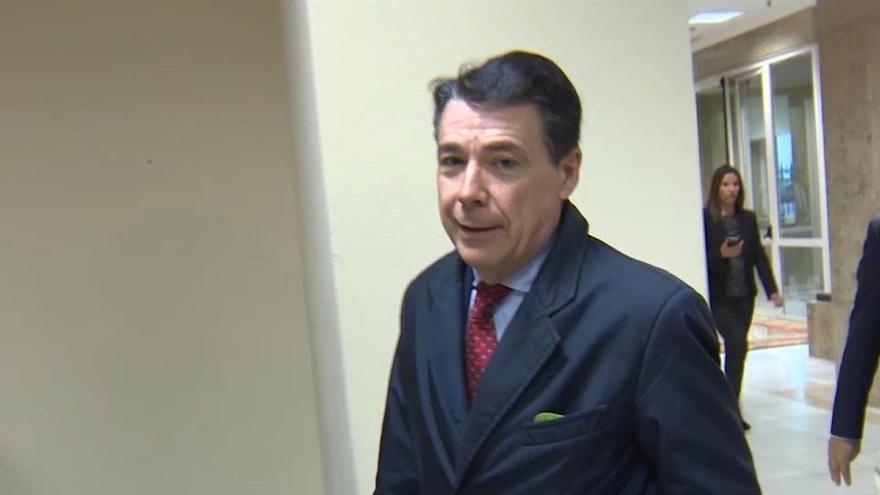 The Prosecutor’s Office asks to sentence former Madrid president Ignacio González to 4 years in prison and a fine of 2 million euros for a passive bribery offense in relation to the alleged irregular award to OHL of the Navalcarnero (Madrid) train work in 2007 investigated in the so-called Lezo case.

In this cause, in which it was finally that exonerated the former president of the construction company Juan Miguel Villar Mir, His son-in-law and former OHL counselor Javier López Madrid also appears, for whom the Anticorruption Prosecutor’s Office claims in his letter, to which Efe has had access, a greater penalty than for González by adding to the crime, in his case of active bribery, that of documentary falsification .

Thus, for López Madrid, he requests 6 and a half years in prison for these events, as well as a fine of 2 million euros that in case of non-payment, it would be replaced with a substitute arrest of 10 months.

This is the same penalty that he asks for former OHL executives Felicísimo Damián Ramos and Arturo Martín Nicolás, also prosecuted in this piece of the Lezo case.

For the other two defendants, the former manager of the Canal de Isabel II Ildefonso de Miguel; and the businessman Adrián de la Joya -imputed in the case of ex-commissioner José Villarejo-, asks for 4 years and 3 and a half years in prison, respectively, and the same fine as for the rest, although in the case of De la Joya it is 1.8 million.

He also claims for the six convictions of disqualification from public office, which in the case of the former president of Madrid, Esperanza Aguirre’s successor, ask that it be for 10 years.

This is the second piece of the Lezo case in which the Anti-Corruption Prosecutor’s Office has formulated an indictment, which has also requested eight years in prison for him for another piece where it has been investigated the purchase of the Brazilian company Emissao por el Canal in 2013.

Throughout its writing, the Prosecutor’s Office relates the “illicitnesses” that surrounded the awarding process to OHL of the works of the aforementioned train that linked the Madrid towns of Móstoles and Navalcarnero.

The award, according to Anticorrupción, “obeyed a plan devised” by López Madrid and Rafael Arturo Martín de Nicolás that It included allocating 2.5 million dollars (about 1.8 million euros) “to the payment of an illicit commission”.

Among the beneficiaries would be the former manager of the Canal Ildefonso de Miguel and Ignacio González, former president of the public company and Madrid vice president between 2003 and 2012, with the aim that the latter “exert his influence” on Jesús Trabada, then CEO of MINTRA, company in charge of the tender.

Damian Ramos, “following the instructions of your superior”, Rafael Arturo Martín, ordered the transfer of 2.5 million dollars from the OHL accounts in Spain to others opened in Mexico in the name of two Group companies.

In November 2007, he allegedly again ordered the transfer from Mexico to the Swiss account of a Panamanian company owned by De la Joya, who “sent” funds in cash to Ildefonso de Miguel for an amount between 2 million dollars and 2.5 million euros “.

However, “it has not been possible to know the specific circumstances in which the distribution of these commissions was carried out “between De Miguel and Ignacio González.

On October 7, 2011, despite the fact that the concession company halted the execution of the works When they did not get financing, they asked for a contractual modification, as they had allegedly planned, but MINTRA had already been dissolved at the time, so they “did not succeed in completing their purpose” since the Ministry of Transport and Infrastructure rejected their request.