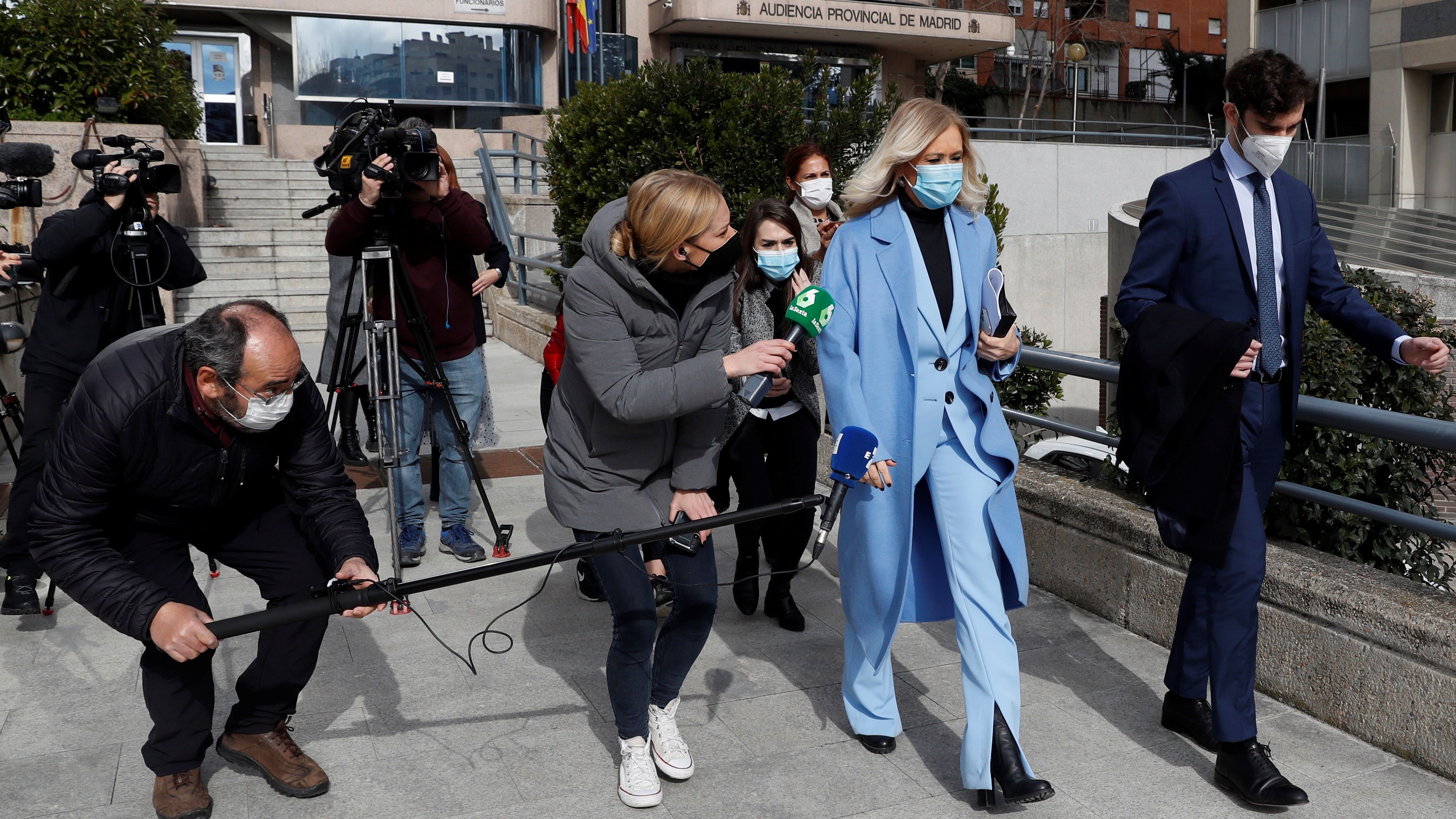 The Madrid Prosecutor’s Office does not throw in the towel on the master’s case And, as he announced this Thursday, he has filed an appeal before the Superior Court of Justice (TSJM) against the sentence that acquitted former regional president Cristina Cifuentes. The public ministry wants to repeat the trial considering that the ruling of the Provincial Court, which ruled that there was insufficient evidence against the former leader of the PP, did not value many indications that pointed to her. “Every act has a reason for being,” summarizes the accusation after the judges cut the chain of responsibilities in María Teresa Feito, a former adviser to the regional government, and in Cecilia Rosado, the professor at the Rey Juan Carlos University who confessed the Manufacture of the final master’s thesis (TFM) certificate of the former head of the Madrid Government.

According to the Prosecutor’s Office, Cifuentes is at the top of the plot and all the argumentation of the case leads to it. “An examination of all the evidence in the case against the only acquitted person can only lead to the conclusion that Cifuentes was the one who promoted, suggested and it follows that he pressed, in an effective and intentional manner, at least with eventual fraud, for the falsification of the document, ”emphasizes in its letter the public prosecutor, who requested in the trial that a sentence of three years and three months in prison be imposed on the former president, who left politics in 2018 after the scandal broke out. However, the shortlist of magistrates only sentenced Feito to three years in prison; and one year and six months to Rosado.

During the oral hearing, no one pointed directly to the former leader of the PP. “Because of his position, he did not stain his hands,” argued the Prosecutor’s Office. But the court concluded, instead, that this lack of evidence led to his acquittal. “No intervention” by the former president in the making of the record has been proven, said the judges, who emphasized that it was not proven that it “promoted, suggested or pressed for the falsification.”

A thesis that the public prosecutor rejects. According to the accusation, the court ruling “suffers from both insufficiency and lack of rationality in the factual motivation”, since the magistrates’ conclusion omits evidence in an “incongruous” manner and “contrary to the result of the evidence practiced in the trial. ”. In this sense, he emphasizes that the sentence “does not go into analyzing the reason for the conduct” of Feito, when that point was “necessary.” “Is it even possible to claim that Feito acted on his own, getting so involved? What is its benefit compared to that obtained by Cifuentes? “Asks the Prosecutor’s Office, which considers it” difficult “to give an alternative explanation” other than that the influence [de la política] to act was so intense that it took [a la asesora] to commit a crime ”.

From there, the prosecution recalls in its brief a whole battery of facts that it considers “true” and that, in its opinion, the judges ignored in their conclusion. For example, that Cifuentes requested directly from the rector of the university the documentation proving that he took the master’s degree; and that there was a relationship between the former president, Feito, and a third official of King Juan Carlos, Amalia Calonge, who entered the system to modify the notes of the leader of the PP. Of all this, the “only or main” beneficiary was the head of the autonomous government: “She urgently needed to give an answer to the media and thus avoid the political consequences that she would have to face.”

On video, this is how prosecutor Pilar Santos expressed her conclusions in the trial of Cristina Cifuentes on February 5.