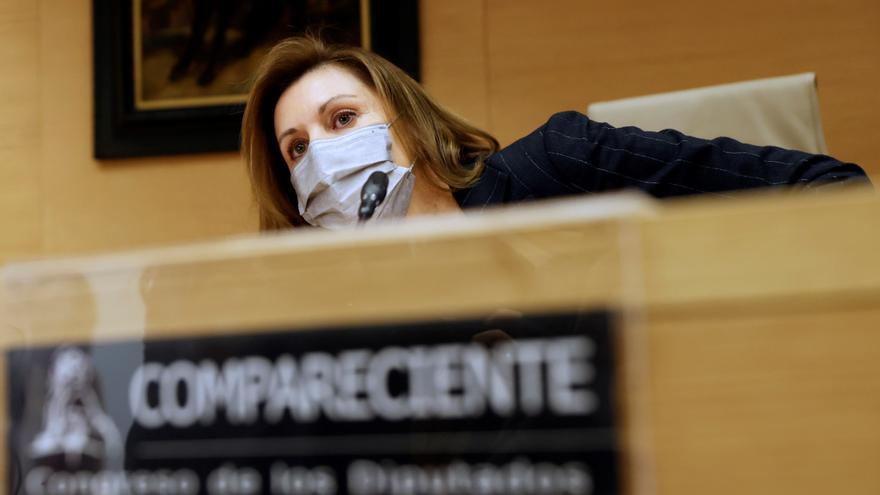 The Anti-Corruption Prosecutor accuses the commissioner Andres Gomez Gordo, who was head of security in the Government of María Dolores de Cospedal in Castilla-La Mancha, from concoct a “montage” to pass what is known as Kitchen operation or espionage to the ex-treasurer of the PP Luis Barcenas as if it were a police operation with all the legal guarantees. This is stated in a letter dated December 23 addressed to the Criminal Chamber of the National High Court, to which El Periódico de España has had access, in which the Public Ministry opposes the file of the case at the same time that it demands that the judge Manuel Garcia Castellon keep looking into the facts.

Prosecutors Miguel Serrano and César de Rivas report that Gómez Gordo, after completing the Kitchen operation, recorded in a police database an informative part of an alleged investigation that would have been initiated within the Deputy Directorate of Operations (DAO). And that he did this with the purpose of giving “formal coverage” of the espionage operation Luis Barcenas. Thus, tried to “appear” that police information had been obtained crossed with the Gürtel case, and that it had been handed over to the UDEF, the police force in charge of the investigations into the Francisco Correa plot, for which the PP as a shareholder for profit.

However, this way of acting by Gómez Gordo, the prosecutors continue, shows that in reality this policeman was “fully” aware of the “illicit” nature of the orders he might have received from his commanders. Among others, the former deputy operational director (DAO) of the Police Eugenio Pino and the Minister of the Interior in the Government of Mariano Rajoy, Jorge Fernández Díaz, both accused in the procedure.

“The evidence provided to the proceedings, including the statement in this regard by the head of the UDEF group that was investigating the Gürtel case, clearly shows that the aforementioned informative part and the documents generated and subsequent communications between the Deputy Directorate of Operations (DAO ) and the UDEF constituted an obvious coverage assembly to give the appearance of legality to the monitoring and interception of documents carried out in the Kitchen operation”, complete the prosecutors Serrano and De Rivas.

In the same brief, the Public Prosecutor’s Office rejects that Gómez Gordo’s actions can be justified, as claimed by his lawyer, in due obedience to his superiors: “This allegation lacks the slightest consistency, since the lengthy circumstantial table that accredits their participation in the events does not allow to consider in any case that the orders received could be considered legitimate“, they continue.

Anti-Corruption concludes, based on this evidence, that Gómez Gordo participated “actively” in obtaining documents irregularly that Luis Bárcenas or his wife, Rosalía Iglesias, might have to prevent them from being presented as evidence in the Gürtel case.

He caught the driver of Bárcenas

Thus, Gómez Gordo was the protagonist of the “capture” as a collaborator of the driver of the Bárcenas-Iglesias couple, Sergio Ríos Esgueva. And he did it when he was still working in the Government of María Dolores de Cospedal in Castilla-La Mancha. This intervention, the prosecutors’ brief continues, is clearly reflected both in the annotations of the seized agendas of José Manuel Villarejo and in the telephone communications that this commissioner would have had with Ignacio López del Hierro, María Dolores de Cospedal and the chief of staff of the latter, José Luis Ortiz, all of them indicated in the aforementioned agendas.

Also Read  Restrictions in France: Macron orders the confinement of Paris and 15 other departments | Society

Likewise, the investigation of the public ministry indicates that Gómez Gordo delivered three payments of 2,000 euros each to the former driver of Bárcenas, charged to the reserved funds of the Ministry of the Interior: “It’s hard to hold as the appellant does, once again, that he was unaware of the manifestly illicit object of the police operation and that to facilitate it, reserved funds were used,” say the prosecutors, who recall that the trusted police officer from Cospedal also received from Sergio Ríos Esgueva the documentation that he stole from the former treasurer of the PP.

The prosecutors also clarify that his opposition to Gómez Gordo’s brief “does not imply in any case an agreement of the Public Prosecutor’s Office with the impugned decision“, in which the judge agreed to end his investigations, leaving María Dolores de Cospedal out of them.