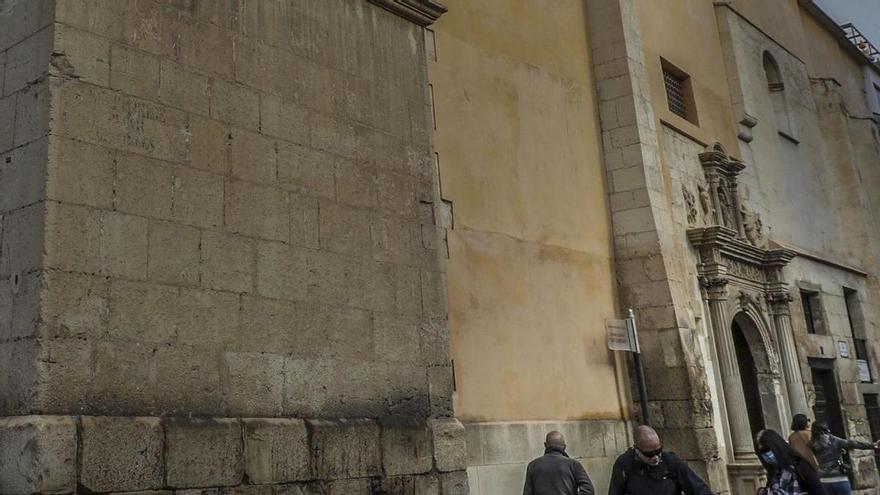 The protection of the Poor Clares convent as a Site of Cultural Interest (BIC), approved by plenary session this week through a PP motion, will leave the conversion of the convent into a hotel promoted by the PSOE in the hands of the Ministry of Culture. Right now, the municipal building is recognized as an Asset of Local Relevance (BRL) and it is the City Council that has the powers to authorize interventions in it. However, if the agreement reached in the plenary session bears fruit, the regional administration would have the last word to authorize a change of use that the government team is already processing at full throttle through the General Urban Planning Plan (PGOU). Something that the popular have already asked to be paralyzed.

The Valencian Heritage Law states in its article 36 that “it will be necessary for the applicant to prove that they have obtained the mandatory authorization from the Ministry of Culture, Education and Science for the granting of municipal licenses for activities that involve a change in the use of a property. of cultural interest. It also states that “said authorization will be considered granted, in the absence of an express resolution, after three months have elapsed since it was requested.”

The mayor, Carlos González, already promised, before supporting the protection of the architectural jewel as BIC, to have the approval of the regional administration for the rehabilitation of the building that would enable its transformation into accommodation. However, if the shielding of the convent prospered before the modification of the General Plan was completed, it could make Culture have much more weight when deciding whether La Merced houses a hotel business.

Also Read  What are Heartland virus symptoms? And how do you remove a tick?

According to the leader of the PP, Pablo Ruz, starting the procedure to protect the Poor Clares already paralyzes the change of the PGOU and its conversion of the convent into a hotel because it is incompatible to carry out the two procedures simultaneously. Hence, the agreement supported by all the groups in the plenary session supposes, after all, putting obstacles or at least delaying the PSOE’s plan, since the maximum protection of the property is not incompatible with its use as accommodation. There are examples in other places in Spain.

However, the popular have wanted to ensure that protection is increased first and have notified the General Directorate of Culture and Heritage of the agreement of the Plenary. They have also asked the Valencian government to immediately paralyze “any action that interferes with the very nature of the property to be protected, such as the modification of the General Urban Planning Plan that the municipal government has initiated.”

From culture to services

This land use change was approved by the governing board at the end of December, two weeks after a group of developers publicly presented their proposal to rehabilitate the degraded convent and operate it as a hotel for half a century. And it is that the building in the Plaza de Eres de Santa Llúcia is located on a plot classified as educational-cultural in nature and in order to open accommodation in the future, the City Council proposes that the land become a tertiary use and allow an activity lucrative

Then, it was estimated, from the local executive, that in the next six or seven months the opportune modification of the General Plan would be completed, so that urbanistically the reconversion of the convent into a normalized space to spend the night would have no impediments. Now this process could end up paralyzed.

The Valencian Heritage Law sets the deadline for resolving the request to initiate the Asset of Cultural Interest (BIC) file at three months, so that at the beginning of May, if not before, it could be known if the local administration has initiated the procedures to increase the protection of the Poor Clares. However, the regulations establish a period of 15 months, counting from the beginning of the file, to resolve it and therefore to ratify whether or not the property is recognized as an Asset of Cultural Interest.