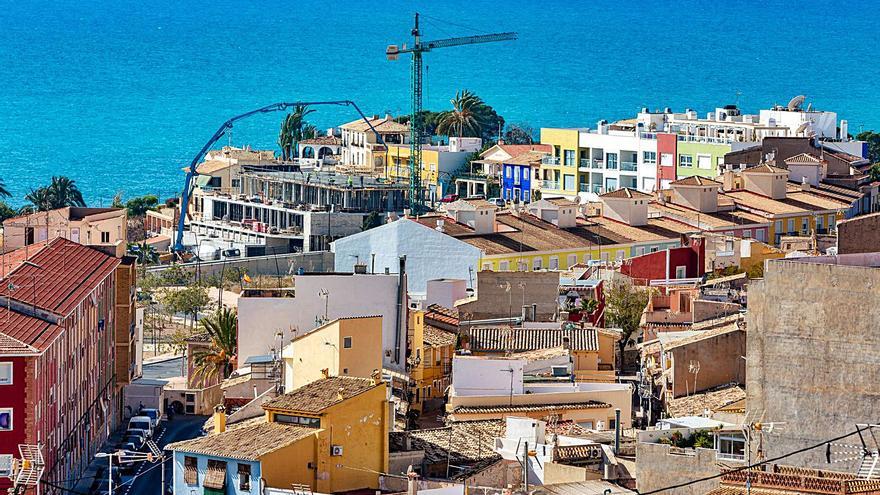 The Valencian Community and, by extension, the province of Alicante, closed 2020 with a stagnation in house prices. The price, in particular, increased only by a meager 1.7%, according to data published by the National Institute of Statistics (INE). The increase in new-build flats was barely 5%, while second-hand prices remained practically unchanged. In any case, these records were reached after a setback in the last quarter of the year, a period during which the slowdown in demand as a result of the coronavirus pandemic had a greater weight.

According to the information released by the INE, in the fourth quarter the decline in prices in the Valencian Community was 0.2%, highlighting the 2.1% drop in new housing compared to just 0 , 2% in the second hand.

The evolution of prices was quite similar to that registered at the national level, where growth at the end of the year was even lower, specifically 1.5%. In this case, new housing increased its price by 8.2%, while second-hand housing only had a 0.4% rise. Regarding the last quarter of the year, the general decrease was 0.8%, with a half-point increase in new homes and a 1.1% drop in second-hand homes.

The general secretary of the Association of Real Estate Developers of the Province of Alicante (Provia), Jesualdo Ros, highlights that the percentages registered by the Valencian Community are extensible to the province. In his words, “there has been a very slight increase, which, taking into account the complicated context in which we are moving as a result of the coronavirus pandemic, is up to a certain point positive data. In fact, it reflects a stability in the real estate market.

Ros acknowledges that «there has been a reduction in activity with regard to new products, but companies are showing strong strength in terms of their solvency situation, which will allow them to face this delicate situation and wait for the activity go up when recovery comes ».

The problem is when that long-awaited recovery will arrive. According to the general secretary of Alicante promoters, “we are all waiting to see how the vaccination process develops and normality and economic activity can be restored. Let’s hope that the forecasts are fulfilled and that normality arrives as soon as possible.

By then, Jesualdo Ros is convinced that the demand for housing is going to return strongly. “In fact,” he stresses, “there is a lot of potential demand. If things go as they should, we are going to witness a powerful recovery that is going to be reflected in the entire economy at a general level, and in real estate activity at a particular level.

An important factor in this regard is the return of tourism. “Companies,” he says, “have made a digitization effort to promote their homes, but as long as mobility does not recover, people will have problems coming and signing their contracts. Hopefully it will be solved as soon as possible ».