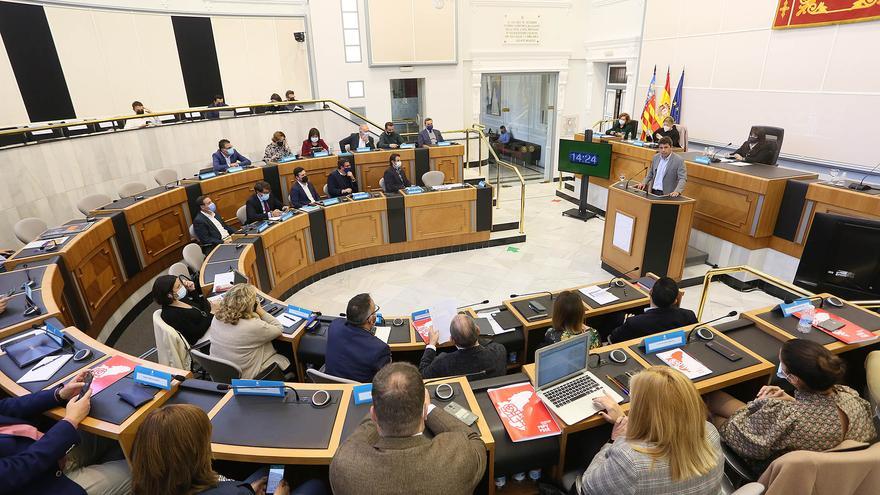 Mazón has detailed the main actions and projects that will be undertaken through what has been called Special Investment and Aid Plan, endowed with 87,196,000 euros and which is the result of the agreement reached with all the political groups of the Provincial Council. In this way, through the remnants, whose proposal was approved by the Governing Board, the Plan + Close with 30 million euros, while the plans + Sport and + Water in 2022 they will have an extra 5 million euros each. In the same way, the institution maintains collaboration with the municipalities to face the social spending derived from the Covid-19 crisis with 9.7 million euros. From the Social Welfare and Equality area, 4.9 million euros will also be allocated for the Social Infrastructure Plan, which already has a line of 100,000 euros in the ordinary budget, bringing the total to 5 million euros. Another 835,000 euros will be invested in reinforcing the calls for aid to municipalities and entities promoted by this department, Mazón has detailed.

The Provincial Council also renews, for the third consecutive year, its support for the self-employed, SMEs and professionals and will launch again, with extraordinary funds, an aid plan of 9 million euros to reactivate the economy of the province. The Economic Development and Productive Sectors Area will also contribute 2.5 million euros in surpluses to the Cooperation Plan for Tourist Municipalities. The Provincial Council will also increase the contribution to the Costa Blanca Board of Trustees by 800,000 euros.

In the next fiscal year, they will invest, in an extraordinary way, two million euros in grants to municipalities for the Next Generation funds. For its part, the Roads area will absorb 4.3 million euros, of which 2.6 million will be used to implement a new plan to improve access to municipalities and the rest to reinforce investment in roads and roads, while the Environment will manage remnants amounting to almost 4 million euros, of which 1.8 will go to the Energy Saving Plan.

The Culture area is another one that will experience a greater increase in its budget, since 5.8 million euros will be incorporated, as a priority to increase the items of the different calls promoted by the department directed by Julia Parra as the campaign of symphony orchestras, cultural diffusion, the promotion of the Valencian language or the rehabilitation of monuments and churches.

Mazón has announced that the Diputación de Alicante, and following the proposal of the Deputy for Culture, will include in the subsidies to the town councils a differential in favor of the municipalities at risk of depopulation for which all groups will be summoned to define this “New commitment to unpopulated municipalities”. The president of the Diputación has defended that this extraordinary investment has been possible thanks to the “magnificent management of the Diputación in recent years that has allowed it not to have debt and the rebellion of the municipal positions of the PP against the intention of the Government of Spain to requisition their savings ”.