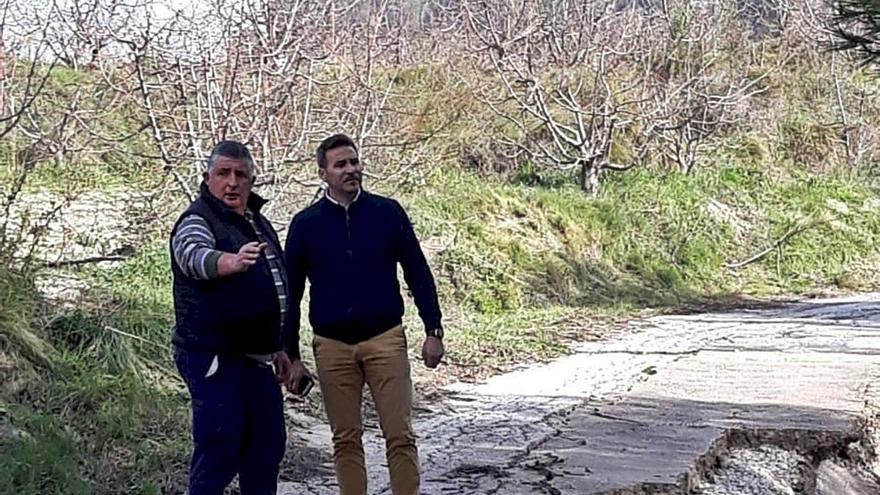 The road network managed by the Alicante Provincial Council covers more than a thousand kilometers in length and more than 130 roads. Each one of the works included in this plan exceeds, in practically all, 200,000 euros, even reaching almost 500,000 in some cases. «From the provincial institution we are making a significant budgetary effort to ensure that our roads, which extend throughout the province, comply with the required safety parameters, while we are committed to favoring better connectivity and mobility every time more sustainable ”, explained the deputy Alejandro Morant.

The roads in which improvement works will be undertaken are the CV-720 in Castell de Castells, CV-757 in Benimantell, and Beniardà, CV-802 in Onil, CV-851 in Elche, CV-701 in Lorcha and Beniarrés, CV-824 in Alicante, CV -871 in Orihuela, Callosa del Segura and Granja de Rocamora, the CV-834 in La Romana and Monóvar and the CV-733 in Benidoleig.

The Roads area will also invest 7,307,544 euros in conservation, repair and signaling work on its road network.

Together with the plan to improve the provincial road network, endowed with 2.7 million euros, the Roads area of ​​the Alicante Provincial Council will invest a total of 7,307,544 euros in conservation, repair, signaling and marking of its road network. In turn, the provincial institution has increased this year by 25% the aid for the repair, conservation and improvement of non-provincial roads, of which the benefit municipalities with fewer than 5,000 inhabitants. The deadline for submitting applications for this call, endowed with 500,000 euros -100,000 euros more than last year-, is now open and ends on September 1. The realization of simple repairs and potholes, the clearing and cleaning of roads or the opening of cut or impassable roads as a result of dragging, landslides or erosions – usually due to rain – are some of the actions that will be carried out thanks to this investment package, which includes grants of up to 10,000 euros per application.

For the purposes of the call, it will be understood that eligible roads are those of municipal ownership not classified as road or urban area that, starting in an urban nucleus, end without discontinuity in another communication route or urban nucleus and have a continuous route with a point initial kilometer and a final kilometer point. Thanks to this aid plan, the Alicante Provincial Council acted in 2020 on more than 300 roads in 70 municipalities in the province.

It is worth mentioning that in the last ten years, the Provincial Council has invested more than 5 million euros in the implantation of cycle and cycle-pedestrian paths along the provincial road network. In total, 24 actions have been carried out that have allowed the creation of more than 35 kilometers of this type of itinerary throughout the entire territory and in the different regions that comprise it. Improving road safety and promoting transport and sustainable mobility are the objectives of the Alicante provincial institution’s commitment to this type of project.

The Provincial Deputy for Roads, Alejandro Morant, wanted to emphasize that “we are working intensely to create in the province of Alicante a network of roads for cyclists and pedestrians that contributes to structuring, in this sense, the territory and offering a more sustainable and respectful transport with the environment”.

The Roads area will also invest 7,307,544 euros in conservation, repair and signaling work on its road network.