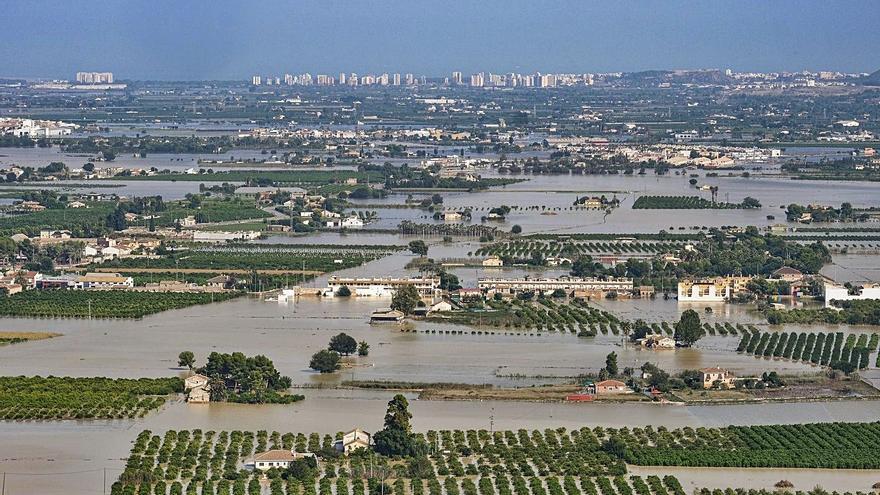 The PP of the Diputación has denounced that Novelda, governed by the socialist Fran Martínez, has tried to sneak into these aid a path that he put out to tender in May 2019, four months before the storm of torrential rains, while Guardamar del Segura, governed by the socialist José Luis Sáez, has presented as a proposal to qualify for the aforementioned subsidy the drainage of the river mouth, not being a damage caused by the cold dropthey argue. They also add from the PP that in Guardamar the project is drawn up and tendered before the catastrophe occurred.

The Provincial Council pledged to pay for 50% of the aid pledged by the Government to help the populations affected by the storm with a total of 7.6 million that will be allocated to 238 projects. The plenary session that the institution will hold today starting at eleven in the morning will approve a credit modification to award these grants. After this procedure, the Alicante municipalities will be able to start collecting within a month, more than a year and a half later. The opposition warned more than a year ago that the aid would be delayed if it were not included in the ordinary budget, but the government team decided to wait for the decree of the central Executive.

The institution will debate today on the report in which it explains that the emergency dredging action proposed by Guardamar del Segura has no place in any of the lines of action established in the bases of the call and that, in turn, the conditioning of Several roads in Novelda were signed on April 3, 2019, starting its bidding by the City Council during the month of May 2019. Carlos Mazón’s team adds that, on February 26 of this year, it was sent to Mayor Fran Martínez a justification request, answering on March 12 to confirm these dates.

The Deputy for Roads who directs this call, Alejandro Morant, wanted to make it clear that these municipalities have been excluded because they do not meet the criteria: «These two municipalities have tried to strain us. There is a video of the mayor of Novelda saying that they were not damaged by the cold drop, but, nevertheless, he has tried to strain us to repair the roads despite the fact that the tender began months before. In addition, Guardamar has presented a project that began in 2018. Draining a river is not a damage caused by DANA, “said Morant, explaining that the technical service of the Provincial Council has determined that it is not appropriate to finance these actions because it involves destruction prior to DANA.

The bases that regulate the granting process of the Provincial Council did not include the municipalities of Novelda, Quatretondeta, Parcent, L’Alqueria d’Asnar and Penàguila, although they were included in the aid plan of the Government of Spain. However, after pressure from the PSPV, the government team agreed to grant these handouts so that these municipalities could also receive the amount.

Over the last year and a half, aid to alleviate the effects of the storm has become a source of tension between the left and the right. But the exclusion of these two municipalities has not been the only controversy. Small towns will also lose government aid by not being able to award the works due to the delay of the Provincial Delegation motivated by the decision of the government team to trust them to the remnants that the Executive did not unlock until September 2020.

The Provincial Council has put out to tender the first contracts reserved for special employment centers and integration companies. In this way, the institution applies the system for reserving contracts to supply promotional material and to maintain the garden areas of the archaeological parks of Lucentum and La Illeta dels Banyets. The PP has highlighted the opportunity that people with disabilities or at risk of social exclusion will have.