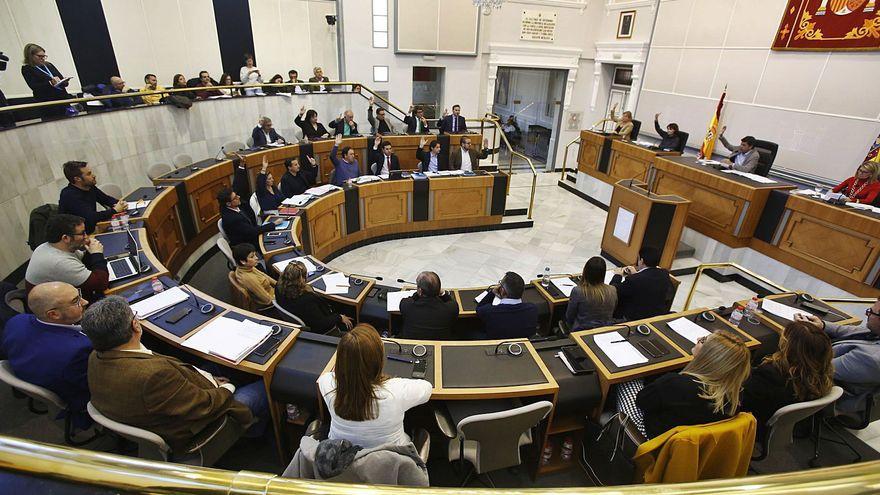 The Consell has spent three years promoting a line of three million for a Cooperation Fund, in this case destined to the fight against depopulation. The General Directorate of Anti-Depopulation, led by Jeannette Segarra, began to distribute these aid in 2018 without the Diputación having joined since then. This position has served the Socialists to criticize the management of Carlos Mazón in the face of what they consider “an abandonment and neglect of the peoples.” The general director, Jeannette Segarra, has been trying for a month and a half to hold a meeting with Carlos Mazón to seek an understanding, an appointment that could not be called due to the lack of response from the Provincial Council, as denounced by the Generalitat. However, from the Provincial Palace they assure that the first letter arrived on March 15 and the second yesterday at noon. It will be the deputy Javier Sendra who is in charge of meeting with the general director and not Carlos Mazón as requested by the Consell.

Beneficiaries of this line of subsidies are municipalities with up to 120 inhabitants and that meet a series of parameters related to demographic growth, population density, the aging and dependency index or the migratory rate. Through this fund, the Generalitat contributes three million to the municipalities of the entire Community, which are distributed according to the needs of each province: 1.4 million to Castellón, 1.3 million to Valencia and 350,000 euros to Alicante, which only has 23 populations that meet these criteria. The Provincial Council of Valencia and Castellón have joined in the same conditions as the Generalitat to transfer the same amount to the consistories, so that the towns at risk of depopulation can receive a direct injection to promote the economy and incentivize the entrepreneurship, without the need for mayors to justify the expense. The aid, of an unconditional nature, may be used for investment or current expenditure with full municipal autonomy. The novelty for this year is that the Generalitat will benefit all municipalities in the province with less than 300 inhabitants, regardless of whether they meet the requirements set forth in the decree that regulates this line of aid. With this new criterion, there will be 28 Alicante municipalities that will benefit in the next call. «The Generalitat will give this aid, but it is important that the Provincial Council does not remain on the sidelines and also contributes this amount. We have been trying to talk about it with Mazón for a long time, but it must be very busy “, said the general director, adding that” the issue of depopulation is a priority and the province of Alicante cannot be left off the hook. ”

From the Provincial Council they understand that the Generalitat continues to fall short in the transfer of aid to municipalities with a smaller population. PP sources recalled yesterday that the institution transfers more than two million to the consistories for this concept. “If we paid attention to this system, the mayors would lose 1.7 million, because the County Council offers them much more money,” they affirmed. From the Provincial Palace they claimed that this program is not an independent Cooperation Fund, but is only an annex to the global document “through which the Consell wants to make up its distribution distribution with which it harms the smallest populations”, according to the PP. They also added that at no time have they received a formal notification to approve it, although now that they know it, they do not commit to joining, understanding that their system benefits city councils.