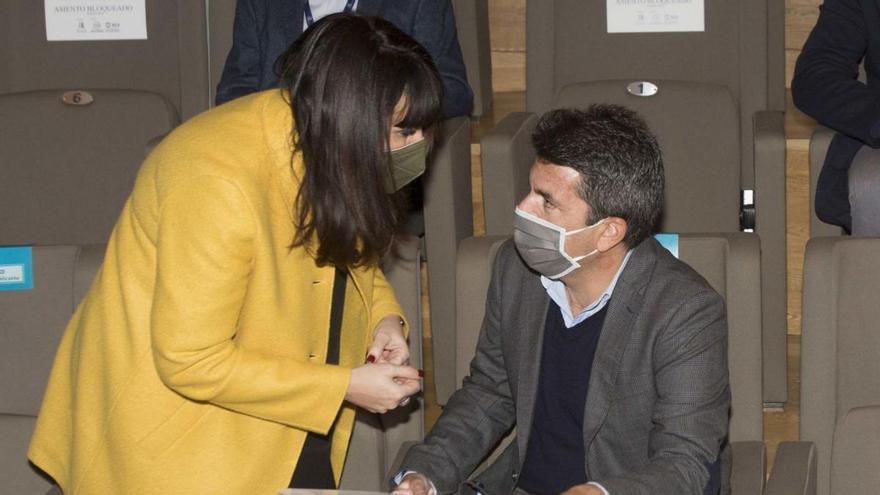 The Diputación de Alicante has unblocked, after two years of delay, the Observatory of Transparency, the great commitment in this mandate of Citizens, a partner of the PP in the provincial institution. This initiative, managed by the vice president and deputy of the orange formation, Julia Parra, is assumed by the Transparency area of ​​the Diputación and the management will be carried out with its own resources. The bureaucracy has been delaying the start-up of this body, for which it was necessary, first, to have staff. It so happened that the Transparency area itself had significant shortcomings in this regard and, in fact, had only one official at the beginning of the mandate. He currently has four. Thus, the green light has already been given for the definitive staff assigned to the Transparency Observatory, which will be between six and eight officials from various areas of the provincial institution. In this way, it will have public employees from Transparency, Citizen Participation and Good Governance, in addition to the Digital Agenda and Innovation and the Provincial Data Commission.

This body will deal with cross-cutting issues of importance both for the Provincial Council and for local entities, since it will set the objectives and guidelines for improvement in terms of transparency and will monitor compliance. In addition, it will be a tool for analysis and proposals for actions to support the government areas of the institution.

The Diputación intends to be a benchmark in transparency and so it wanted to accredit it with the organization this Monday of the I Congress of Transparency, Participation and Good Governance that ADDA hosted, where recognized experts met. The meeting brought together deputies, mayors and councilors who took good note of the conclusions.

Also Read  Violence, sex, harassment and ayahuasca: Will Smith's confessions from the dark side of fame

With regard to the Transparency Observatory, once its structure has been completed, the necessary instruments for its start-up will now be processed, as well as its legal consolidation. What is intended from the area led by Julia Parra is to have its own powers so that it is an organization that stays within the strict scope of the Provincial Council and does not collide, or invade the powers, of other administrations, such as the Transparency Council of the Generalitat. The figure that has been sought to give it form is that of an internal collegiate body to which administrative functions of decision, proposal, advice, monitoring or control, integrated into the provincial institution, will be attributed. “In this way, its permanence over time is guaranteed,” explains Parra.

All in all, this initiative is scheduled to be launched in the first half of this year, although the deputy for Transparency prefers to refer to it as “a draft mandate” to avoid giving a specific date, guaranteeing, yes, that it has to be fully operational before the end of the mandate, in 2023. Although the processing of the Transparency Observatory has been delayed, different previous actions have been carried out, such as an application to improve access to information for citizens and that they can receive it on any device, or the modification of the Accounting Regulations of the political groups so that they publish their accounts in the Transparency Portal. In this way, the same sources point out, the new body will have “solid” foundations and “expectations of survival over time.”

From the Transparency area they justify that, in these more than two years since the Observatory was announced, steps have been taken that will help its operation. Thus, they highlight the improvement of the website of the Diputación and the standards of compliance with the regulations on transparency. Also the implementation of powerful computer tools in the Transparency Portal, such as a supplier viewer that allows knowing all the payments made by the provincial institution and another budget viewer that makes it possible to monitor the execution of the accounts almost in real time.

The Provincial Council has recently been awarded the Infoparticipa Seal, for the second consecutive year. This distinction, awarded by the Infoparticipa Map of the Autonomous University of Barcelona, ​​measures the level of compliance with the major indicators in active advertising established in national and regional legislation. With a score of 92%, the provincial institution has obtained this recognition with a high degree of compliance with the indicators.

Mazón: «We give a lot of resources to participation»

The president of the Diputación, Carlos Mazón, pointed out at the opening of the 1st Transparency Congress that the Diputación allocates “important resources” to expanding citizen participation, since, without it, he insisted, “it is impossible to implement a culture of transparency” . For her part, the vice-president, Julia Parra, advocated going “beyond mere compliance with the regulations” and further involving the town councils in this matter.