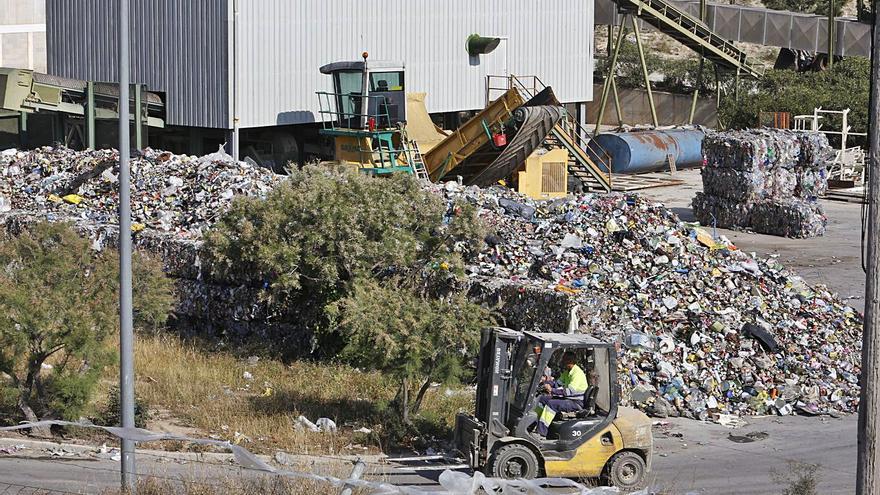 The municipal socialist group is the one that has promoted this motion to implement compensation measures of an economic, promotional or environmental education nature to the municipality of Elche for hosting the urban solid waste plant. In addition, the Provincial Council is urged to create in the shortest possible time a work commission made up of technicians from the provincial institution and the consortium municipalities to study said compensations.

The Socialists have recalled that there are other consortiums that manage waste effectively, and that it is usual for those municipalities that house the treatment plant to receive financial compensation in order to compensate the municipalities and, especially, the municipalities. neighbors affected by the nuisance caused by their exploitation.

Since the plant came into operation in 2002, there have been continuous complaints from residents arising from the inconvenience caused by the operation of the waste management facilities, especially bad smells.

Elche treats about 180,000 tons of waste at its plant per year of the ten municipalities under this consortium (Elche, Santa Pola, Crevillent, Novelda, Monforte del Cid, La Romana, La Algüeña, Hondón de los Frailes, Aspe and Hondón de las Nieves) and, in addition, Torrevieja and Bigastro, as long as the Vega Baja does not have its own plant. “However, the people of Elche do not receive any financial compensation for the inconvenience caused by the location of the plant in our municipal area, as it does in other Alicante municipalities with plants in their territory,” defended the Socialists.

As an example, the PSOE puts Villena, that houses the composting plant and landfill in the Paraje de los Cabezos and that receives economic measures to compensate the price it pays per tonne treated, as well as other fixed compensation for carrying out environmental promotion and education activities.

Xixona also receives compensatory measures for its installation. In the case of Vega Baja, the socialists advance, Dolores will house a transfer plant for which she will receive financial compensation.

«We consider that the good functioning of the consortium and the solidarity from Elche already demonstrated is compatible with applying compensation measures to our city and, specifically, to our closest districts such as Vallongas, El Ferriol, Santa Ana and Saladas, which are the most directly suffer the presence of the plant, “defended this Monday the socialist mayor Héctor Díez.

And is that Elche City Council has been contributing one million euros more in municipal budgets since 2019 to pay the part corresponding to the investment made in the plant, which amounted to 18 million euros (the plant in 2002 cost 12 million euros), an investment that was carried out in 2018.

For his part, the popular Juan de Dios Navarro recalled that this Elche plant It is the one that works best in the entire Valencian Community – «It is exemplary» – and that of its cost of 12 million euros, 8 million came from European funds, 1.8 contributed by the Provincial Council, 1.8 million from the ten consortium municipalities and another 700,000 euros again from the Provincial Council to acquire the farm and undertake the connecting road. He also affirmed that while Xixona and Villena use their plants by 10%, Elche uses their plant by 70%.

The mayor and popular provincial deputy also wanted to indicate that Elche pays 42 euros per ton and assured that it is the cheapest amount paid at the plants (Héctor Díez would later remind him that La Romana pays the same, but that what cannot be recovered remains in Elche) and that the canon that Elche contributes this year is It has been reduced by 570,000 euros due to the good management that has been carried out.

Given this, Hector Diez He answered that it is true that 570,000 euros less are paid, but that this figure is diluted with the million more that he has to contribute to pay the part corresponding to the investment made in the plant in 2018. “We continue to pay more because we pay the investments”, added the socialist, who insisted on the need for these compensation measures to repair this “injustice”, in addition to emphasizing that money is not exclusively demanded, but perhaps measures in environmental terms, such as the creation of roads or a nature classroom in the Els Cremats area.

Councilors and advisers renounce to raise their salary this 2021

The councilors and eventual officials of the Elche City Council will not have an increase in their salaries this year. This was approved unanimously in the first point of the municipal plenary agenda. The second point was to give the green light to the reduction of 50% of the Real Estate Tax (IBI) this year for the Alicantina Fair Institution (IFA), a measure that was already applied in 2020 and that means to stop entering about 70,000 euros for municipal coffers.

The debate on the state of the municipality of Elche, which has not been held since the end of November 2019, will be organized before June 13, provided that the situation due to the pandemic allows it. This was announced by Mayor Carlos González himself, thus specifying the government team’s commitment to convene this forum before the second year of government of the current mandate. Previously, in plenary session, the PP had requested that it be held this coming April, something that the rest of the opposition groups considered somewhat hasty because health and safety should prevail over all.

The PP does not understand how events can be held in the Congress Center and in the Patio de Armas in the Altamira Palace and this debate cannot be held in a public space or electronically.

On the other hand, the plenary session approved a motion of Compromís in which the central government is urged to launch a pilot project that studies the reduction of the working day to four days or 32 hours a week, supporting through incentives to companies that do so. apply. The PSOE supported its partner, Citizens abstained and PP, Vox and the non-attached mayor voted against.