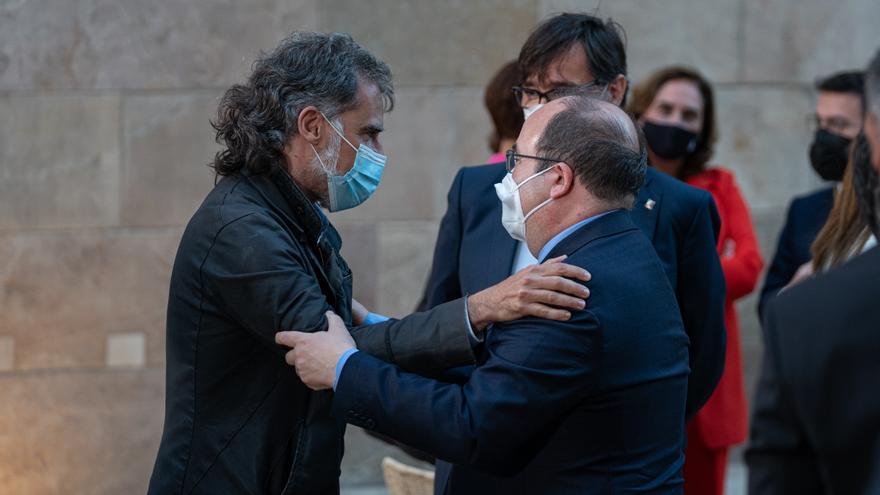 The Minister of Territorial Policy and Public Function, Miquel Iceta, this Saturday accused the Spanish right of “want to destroy everything”, and has warned that “whoever truly loves Spain does not divide it” nor does it break “consensus”, but “pitch your shoulder” to find a solution.

This has been pointed out in Barcelona during his speech before the National Council of the PSC, after the PP and Vox have announced that they will participate next June 13 in the rally called by the Unión 78 platform in the Plaza de Colón in Madrid against the pardons to the leaders of the “procés”, to which Cs has also given its support.

“The right wing, when it is lost, returns to Colón. What do you want it to discuss? Vaccination? Economic recovery? About the ERTE? No, they, in case of confusion, all to Colón,” denounced the first Secretary of the PSC, alluding to the first image that joined PP, Vox and Cs in 2019.

In this way, he has censured “a right that, incapable of contributing anything, only wants to destroy everything” and has alerted the public that “whoever really loves Spain does not divide it.”

“Whoever truly loves the Spanish peoples does not confront each other. Whoever sees that his country is having difficulties, leans his shoulder, does not destroy consensus, “Iceta stressed, before recalling that, after the” collection of signatures “of the PP against the approval of the Statute of Catalonia in 2006,” they had to face to a political crisis of the very first magnitude “.

“They had to face illegal consultations, illegal referendums, a unilateral declaration of independence (…) It seems that they want history to repeat itself,” he said.

On the other hand, Iceta has criticized that the new Govern of ERC and JxCat was born “from mutual mistrust among its partners “which, in his opinion, denotes that” it was more an operation to save chairs than to serve the country. ”

“It is the reissue of the previous Government, characterized by its failure and division,” said Iceta, who said “to blush” with the “documents” of the new executive: “You cannot at the same time ask for dialogue and attack, negotiation and confrontation The paper supports everything, but the reality does not. ”

“We ask that they do not try to play with words to find false balances,” insisted the minister, who has demanded from the Generalitat “stability, respect for the legal framework, that they govern for all and that they make the right priorities.”

Illa charges against the right for practicing “the patriotism of fear”

For his part, the leader of the PSC in the Parliament, Salvador Illa has insisted that the Government will decide on the pardons to the leaders of the ‘procés’ based on criteria that “are not the polls or the short-term political situation”, but “the search for justice, understanding, favor the reunion of the Catalans, think about the future and defend the public interest “because Catalonia, he remarked,” needs to take a leap forward. ”

Salvador Illa, in his speech before the National Council of the PSC. EP

In this sense, it has disfigured the Catalan and Spanish right wing that “I am often afraid that things will go well” and that they therefore practice “the patriotism of fear and the revenge of cowardice.”

“Patriotism is wanting people to do well in Catalonia and Spain and that means guaranteeing the right to stability, harmony and stability “, he stressed before demanding” those who have led to this impasse “not to” hinder “.

Illa: “Being on the left is incompatible with being independent”

On the other hand, Illa has accused the sovereignist left of “deceiving” the Catalans by “associating social progress with intrinsically unsupportive disruptive approaches”, and has opined that “being on the left is incompatible with being independent”. The leader of the PSC in Parliament has accused the Government of raising “a divisive objective that does not represent the whole of Catalan citizenship” and leads to “false expectations that will generate frustration”: “Neither Catalonia will be independent, nor will there be amnesty or referendum.”

According to Illa, the new Catalan executive is built on the basis of several “deceptions”, among which is, in his opinion, one “especially painful”, which consists of linking independence with social progress.

Illa has also reproached ERC and JxCat for wanting to “make believe” that the last decade has been one of “successes”, when, in his opinion, “they have been the worst ten years in the last 300 in the history of Catalonia”.

For this reason, he stressed that the PSC will give “zero days of grace” to the Government, which they have announced that they will support to “finish eradicating the pandemic” and “make up for lost time, which is a lot, in terms of European funds” .