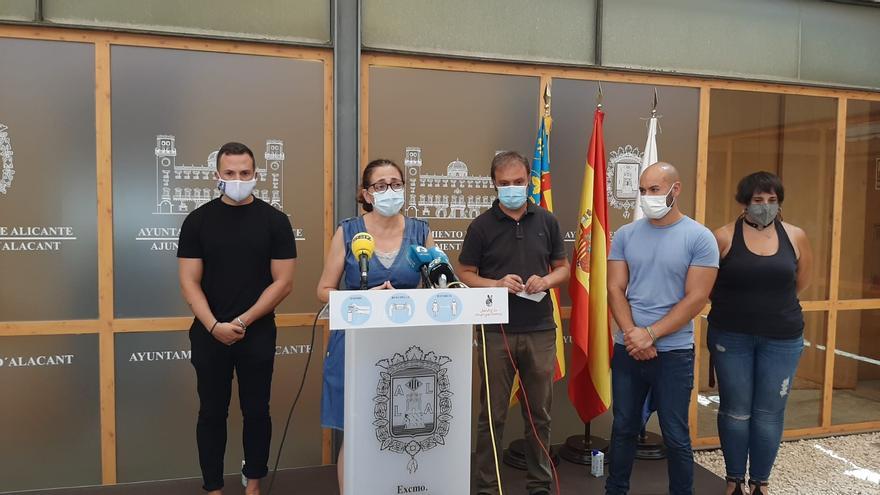 The PSOE in the Alicante Town Hall has accused to the mayor of the city, Luis Barcala, of disloyalty with the Consell on the health crisis after criticize the extension of the curfew to more municipalities, what It also affects the capital of the province. The bipartite formed by PP and Cs has also demanded this morning “that increase the rate of vaccination and stop criminalizing hoteliers and young people because we are suffering from a poorly managed health crisis and not a tourism crisis. ” The municipal group of Compromís has responded, a formation that together with the PSOE form the government of the Generalitat with the support of Unides Podem.

In this regard, the spokesperson the socialist group, Francesc Sanguino, has stated that “when we talk about ruining the tourist season, we can talk about how it is ruining the lives of the people in the neighborhoods, of his unfinished works after three years as mayor and of the constant blockades. What an economic plan of 20 million aimed at macro-SMEs and SMEs that we proposed, the replacement of fiber cement in schools putting everyone’s health at risk, or a municipal building that falls six years after erecting it, they do not help at all “.

“If you are nervous because Sonia Castedo has taken the shame out of you, calm down, But do not do the usual, lash out at other institutions that are focused on saving lives to cover up their daily incompetence. Let him start working once and for all as mayor, that the city is paralyzed, that he leave his toga at home, that this is not a courtroom, this is municipal policy, ”said the Socialist spokesman.

In this sense, the also mayor of the PSOE Trini Amorós has stated in response to the appearance of the mayor, that “Barcala once again demonstrates its disloyalty criticizing Ximo Puig’s measures, “when the mayor knows, at least he should be well informed, that” the city of Alicante is in a alert level 4, the maximum alert established by the Ministry of Health, for this reason measures must be taken. “In addition, the deputy spokesperson has questioned Barcala because Autonomous communities governed by the PP, such as Andalusia, Galicia and Castilla-León, have taken measures similar to those announced by President Puig. “Park populism and really support the Alicante tourism sector with the 20 million euro fund that we Socialists asked you to create. Blocking this initiative means blocking tourism and other productive sectors of our city ”.

“We have always supported the Alicante tourism sector in the same way that President Puig has done with the 160 million euros from the Resistir Plan, more than any other autonomous community. The same consideration with the sector is what we ask Mr. Barcala instead of trying to take political advantage of a pandemic, Amorós concluded.

“Since Compromís we show our maximum empathy with the sectors that are most affected by time restrictions, but we condemn the enormous irresponsibility of Mayor Barcala before the worrying situation of sanitary incidence of Alicante, already in level 4 “, has explained the training. Its spokesperson, Natxo Bellido, has defended the adoption of measures taken from the Botànic based on the recommendations of health experts and he stated that “when we have followed his instructions things have gone well and the rise of the wave has been soon reversed and when we have moved away things have been very complicated and we have been slow to come back. The priority remains saving lives and cut the worrying rise in health pressure in recent weeks, both in primary care, as well as in hospitals and ICUs “.

Bellido has urged Barcala to “abandon demagoguery and irresponsibility, expedite the payment of aid that is still pending to the self-employed and SMEs and to collaborate loyally with the Botànic to stop the curve. “If we do not stop this wave, we will not have tourism with these high incidence figures, nor will we decongest the health system and we will put people’s health at risk. ”