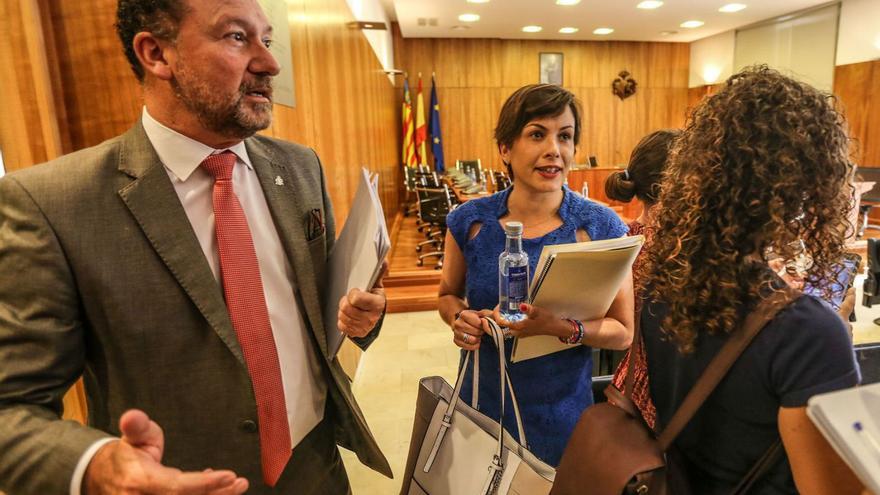 Carolina Gracia, spokesperson for the Orihuela socialist group, regretted yesterday that the municipality had returned 1.3 million euros for not having been able to exhaust the more than 3 that the Generalitat granted to the town within the framework of the Resist Plan, to minimize the impact of the crisis on the self-employed and small and medium-sized companies. “We have been denouncing the delay in the processing of these grants for months and now we see that unfortunately they have not reached sectors such as the hospitality industry, which has been one of the most affected,” he said. This, according to Gracia, means that the Orihuela City Council is the one that has had to reimburse the most money in the entire Valencian Community for “mismanagement” and disability before the deadline expired (yesterday).

In his opinion, “Emilio Bascuñana has chosen to biocote the Consell rather than provide these aid.” In other words, “it is immoral that the mayor is falling with the luxury of giving back money for not having called and resolved the aid when it came”, because “he has chosen to serve the interest of his party or political leader rather than to the needs of the economic sector of your city ». In this sense, he stressed that “President Ximo Puig complies with and is demonstrating with these aid and with the Cooperation Fund his support for municipalism”, managing to establish “the transfer of economic funds and that the municipalities decide how and in what to allocate them, with the objective of avoiding bureaucracy and that aid reaches the people as soon as possible.

In addition, he stressed that it is “another example of the chaos and lack of control that exists in the government team.” Thus, he recalled that “due to the irresponsibility of PP and Citizens, a budget has not yet been achieved”, so that “we are without real accounts and in accordance with the needs, problems and investments that remain pending since 2018, and it is not due to lack of supports ».

Immediately afterwards, Bascuñana declared that “the City Council has been forced to comply with the bases established by the Generalitat”, so that “if it has returned that money, it is because the people to whom these resources were destined have not been able to comply with the requirements imposed by the Consell “, which he pointed out that he is” improvising “and carrying out” a disastrous management “around the covid. The mayor defended that the local administration “has made the greatest effort so that the aid reaches the small and medium-sized entrepreneurs of the hotel and trade industry, providing the necessary personnel and even with economic items.”

For this reason, he wanted to congratulate councilor Víctor Bernabeu to the entire government team for making “an extra effort.” Finally, he insisted that “the Consell is solely responsible” for the return of 1.3 million euros, because “it has been absolutely impossible to comply with these strict and complicated bases.” So much so, that 300 million have had to be returned in the Community, he recalled at the same time that he pointed out that 25% of European funds have not been executed at the national level. Finally, he assured that Gracia’s accusation is part of the PSOE’s strategy to hold the PP responsible, something that he framed in the dispute over the general secretariat maintained by Alejandro Soler and Toni Francés.

Torrevieja leaves 200 freelancers without subsidy, according to Sueña

Sueña Torrevieja denounced yesterday that the City Council has left 204 SMEs and freelancers without subsidies, who requested the aid within the legal term, due to the exhaustion of available credit. According to the political formation, the same happened in 2020, so that there are already more than 450 professionals affected. “The result is a new nonsense that is not due to technical decisions, but policies of the government team of Eduardo Dolón,” warned the party, which also regretted that the City Council has not allocated “not a single euro for this purpose, having had a remainder of more than 90 million euros ”.