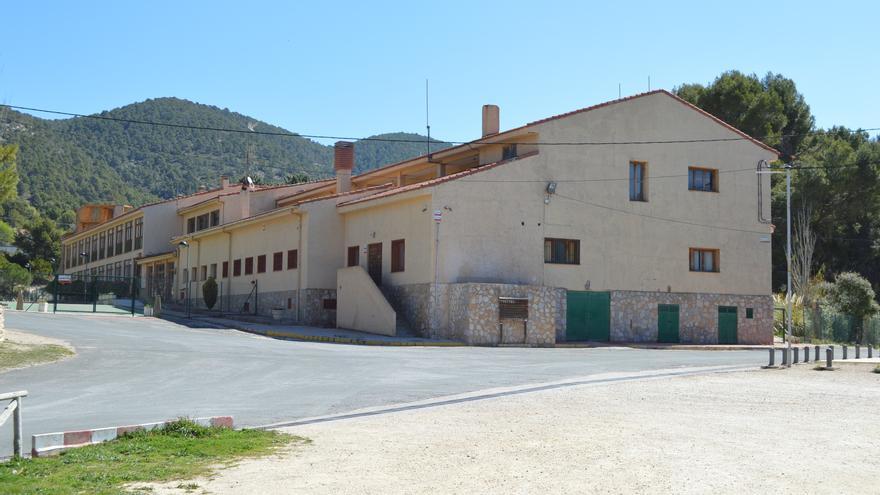 The Plenary of the Diputación de Alicante, at the request of the socialist group, will debate this Wednesday a motion in order to promote the reactivation of the facilities of El Xorret Catí, property of the provincial institution and closed about eight years ago. The proposal in the plenary session is preceded by different requests for information about these facilities, by the Socialist deputy and mayor of Petrer, Irene Navarro, within the Alicante Natura body, dependent on the Provincial Council. “We have been requesting specific information for a long time on the alleged reports that the PP government team has been carrying out since 2017, but everything has been vague,” Navarro explained.

The last of the responses received by Navarro from the government team has been the trigger for this motion, since it was clarified that the competence of the closed facilities did not depend on Red Natura but on the Diputación itself. “We were surprised that after a year asking, they came out with this, so we have no choice but to raise our proposal to the plenary session of the institution.” In the motion, the Socialists put forward three proposals for agreement. On the one hand, that the Alicante Provincial Council present a detailed plan for the reactivation of the El Xorret de Catí facilities within three months. The second, that a work commission with the political groups and municipalities of Castalla and Petrer, in whose municipal terms the place is located. And, finally, that the budget of the Diputación de Alicante for 2022 include an item for the completion of the necessary studies for the reactivation of the facilities.

Also Read  Warming in Spain is accelerating: the average temperature has risen 1.3 degrees in just 60 years | Climate and Environment

In the motion, the Socialists argue that these facilities, competence and property of the Diputación de Alicante, have hosted different uses, the last of them the hotelier, although such activity ceased approximately eight years ago. And with this closure of the activity, the use of different equipment such as sports courts and the swimming pool was also canceled. “Since its closure, these facilities languish and deteriorate, assuming not only an economic expense for the provincial institution, but also a loss of ample opportunities for the enjoyment of the thousands of people who come to this natural setting throughout the year. and others that would do so if they had facilities open to the public ”, indicates the initiative that the PSOE will take this Wednesday to the ordinary plenary session.

For this reason, the proposal is insisted on, “we understand that the reactivation of the El Xorret de Catí facilities involves clearly defining the use that can be given to it, with the possibility of expand hotel use, as a benchmark for inland tourism, with others like that of the disclosure and care of the environment, or those related to the sport and even the social sphere ”.