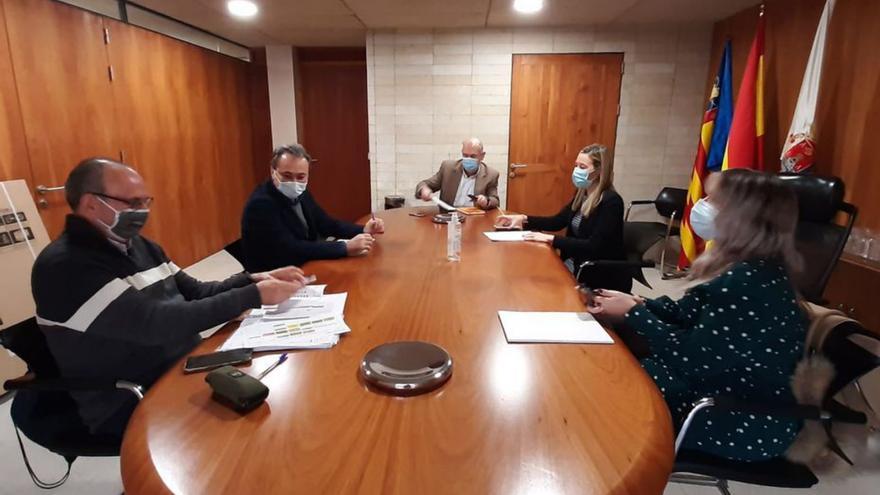 Entrepreneurship programs and access to housing for young people, and an own council for the elderly. These are the conditions set by the PSOE to support the Budget of the Alicante City Council for 2022, which were presented yesterday by the secretary general of training, Miguel Millana; and the municipal spokesperson, Francesc Sanguino, to the mayor of the Treasury, Lidia López (PP) and the deputy mayor, Mari Carmen Sánchez (Cs).

The bipartisan elected the PSOE, with 9 councilors in the Corporation (the same as the PP), to initiate a round of negotiations “without red lines” that it intends to carry out with all groups to carry out the accounts with the maximum possible consensus. The PSOE subordinated its positive vote to the municipal accounts or its abstention to the Budget contemplating any or all of the proposed measures, of a social and economic nature, and that would mean 22 million euros of investment. At the moment, the executive has not valued this first meeting.

The general secretary of the PSOE of Alicante, Miguel Millana, and the municipal spokesman Francesc Sanguino proposed to the bipartisan a pilot experience for youth entrepreneurship that consists of the creation of companies between 2 to 5 young people with a non-refundable financing of 50,000 euros. This program would be aimed at 250 people who could qualify for collective self-employment. “They would be partners, owners and workers of their own company, through merchant services preferably from the digital economy and technological innovation”, explained Millana. It would cost about 10 million euros.

Another socialist initiative aimed at youth consists of the launching of a program for access to home ownership. For this, it would be necessary to have an indefinite contract. The amount of the aid would reach 20% of mortgages of up to 100,000 euros for young people between 18 and 35 years old. With a budget of 5 million euros, the measure would benefit about 250 people. A third program that the PSOE put on the table is a supplement of 400 euros per month for non-refundable funds for the rental of homes at a cost of 4.8 million per year for a thousand young people.

Sanguino asked to increase municipal investment in the elderly, “highly affected by the pandemic, by unwanted loneliness and abandoned by the refusal to provide more resources,” with programs and infrastructures that help a healthy, proactive and socialized aging. “For this reason and due to the imminent demographic development towards an aging population, we have proposed the creation of a Council for the Elderly, the precise budget allocation and co-management with the elderly in their centers.”

Negotiations will continue in the coming days with Compromís, Unides Podem and Vox. The bipartite, formed by 14 councilors (9 from the PP and 5 from Cs), governs in a minority and needs the abstention or support of 2 councilors, which are those that Vox has. The left-wing block adds 13: the PSOE has 9, Podem 2 and Compromís another 2.

3.6 million for the Local Development Agency

The governing board of the Local Agency for Economic and Social Development yesterday gave the green light to the proposed budget for 2022 of the autonomous body, which rises by 15.26% to reach 3,622,000 million euros. The new accounts will allow «to increase the workforce, reinforce the training programs for employment and give a new impetus to the Alicante Futura municipal digital strategy, establishing the implantation and programming of the Futura Territories, as well as giving a greater projection to the Office of Attraction of Investments “, said the Councilor for Employment and Development, Mari Carmen from Spain. The accounts went ahead without any vote against, with the abstention of PSOE, Unides Podem, Compromís and Vox and must be approved in plenary session. The mayor thanked the general support for the Agency’s budget. JH