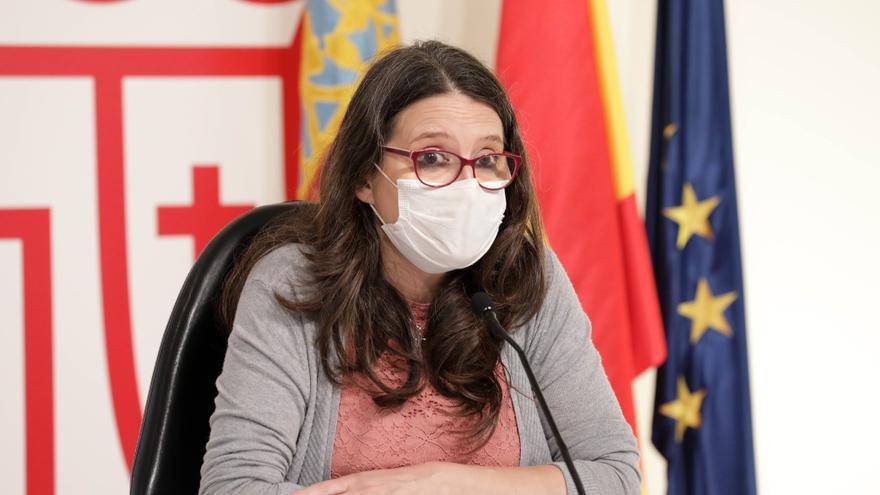 The councilor of the PSOE in Benejúzar and former commissioner of the Torrevieja health department, José Antonio Garcia Gómez, has requested the holding of a conciliation act prior to filing a complaint against the vice president of the Consell, Monica Oltra for an alleged crime of insults. García Gómez considers that Oltra’s statements published in various media about his vaccination as commissioner of the Torrevieja health department forced him to resign despite the fact that these public demonstrations were made, in his opinion, with “clear contempt to the truth and absolutely defamatory ”.

The conciliation demand indicates that Oltra assured “with a clear disregard for the truth and in an absolutely defamatory manner” that García’s vaccination, as commissioner of the Generalitat in the Hospital of Torrevieja it was “an ugly, unsupportive and unethical action … that speaks very badly of the person who did it.”

According to the demand for conciliation, Oltra’s statements are “an attack on the dignity (of the mayor) in addition” because he accuses him “of favoring himself from his position, of a vaccine that did not correspond to him” and Oltra assured that “for that reason, elderly people can die or become infected with health personnel ”.

Specifically, Oltra explained that “ethically speaking, you are taking the vaccine from an older person who may die from not receiving the one you have received, or from a health worker who is still contagious because you have received a vaccine that made you less it is necessary for another ”.

Something that the lawsuit says that “seriously attentions to the honorability and personal and professional diligence of the mayor, as well as his honesty”. The lawsuit attributes to these statements the fact that the commissioner, councilor of Health and doctor by profession, responsible for supervising the management of the administrative concession of the management of the health area – a position of political appointment – had to present his resignation and “that is on practically all social networks, as a result of his public derision and stoning ”.

Some statements that had a lot of repercussion at the internal level in the PSOE, in the scene of an open war between the PP and the Socialists on which positions have been vaccinated before their time. Political confrontation that has not ended because the majority of public officials of both formations – mayors and councilors – have not resigned.

The conciliation demand ensures that Oltra “knew and knew, given the position he holds, the reality of the events and in a serious display of contempt for the truth” because as vice president “he has at hand all the information related to vaccination procedures that are being carried out in our territory from the Department of Health.

For the mayor, who is part of the government team of the mayor, provincial deputy and secretary of Organization of the PSOE in the region, Miguel López, “Far from verifying the regularity, or not, of the vaccination, far from verifying whether due to his professional work or group of personnel, the vaccination corresponded or not on that date; far from verifying the instructions and vaccination schedules that the regional secretary of public health Amparo García Layunta they have been transmitted proceeds to vilify ”the councilor, according to the request for an act of conciliation to which this newspaper has had access.

The commissioner, who has returned to his work as a doctor in the department itself, worked in the same workplace as the management of the health center that was vaccinated in the first place. The manager and the directive team of the center, and that of the commissioner work in the University Hospital of Torrevieja.

For the plaintiff “a minimum of diligence or prudence on the part of the lawsuit and the requirement not to be untrue of the facts, would not have entailed the public derision that the ex-commissioner is or is coming to suffer,” according to the brief presented in court .

Among the documentation provided by García Gómez appears the certificate of the manager of the Torrevieja health department, Eva Baró, in which it indicates that García “was vaccinated on January 11, 2021, within the health group that corresponded to him, after the nursing homes and frontline workers, I always follow the instructions issued by the Ministry of Health.

In the same claim, it is explained that the management of the Torrevieja Hospital indicated before starting the vaccination to the Department the number of vaccines to be supplied and personnel for their vaccination at the request of the General Director of Health Assistance. Communiqués to announce that all personnel, front line, sanitary and non sanitary, including maintenance and cleaning, were vaccinated.

The demand maintains that there is no decree or resolution published in the Official Gazette of the Valencian Community that determines the vaccination protocol for covid. Also that she assumes that in her capacity as Vice President of the Consell “she has access or is aware of the communications, notifications and protocols set by the Ministry of Health”, check the number of vaccines requested by the Torrevieja Health Department, as well as if she knows the list of personnel to be vaccinated.

The conciliation act, which the vice president is unlikely to assume, the councilor asks her to “agree to acknowledge that, in light of the documentation, the statements she made are completely uncertain” and that “compensate you for moral damages and economic damages suffered “.

Also that “proceed to publish immediately within 5 days, by the same means and form, the rectification containing express recognition of the uncertainty of the facts.” In case of access, a complaint will be made for the alleged crime of insults.