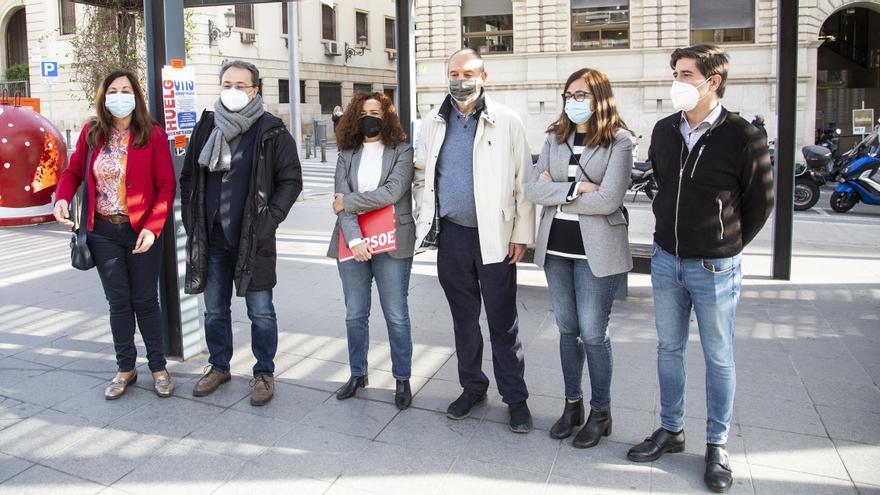 The PSOE prompts an ordinance for shield equality policies in the city of Alicante, thus avoiding that they are at stake based on agreements such as budgetary ones. The Socialists have presented this Monday the project of Equality Ordinance proposal to “achieve equalization of women and men in Alicante, eliminating all forms of discrimination against women.”

In this normative proposal, the PSOE wants the City Council to “adapt its structure to the creation, maintenance and / or increase of an equality service that, among other functions, will promote the integration of the gender perspective in municipal politics and actions” . To this end, the personnel responsible for the unit will participate in “all municipal commissions that it deems appropriate”, according to the socialist proposal. The budget allocated to the Council may not be less than 0.5% of the municipal budget and the staff of the council will have to be at least twelve people.

This ordinance also aims to “implement and shield equality to the municipality in the face of retrograde approaches by some political parties“, in direct allusion to Vox.” For this, it is essential to create a staff structure and the essential budget allocation to apply a basic rule in a society that has made significant progress in equality, but still faces challenges that they endanger the true equality between women and men “, point out the socialists, alluding to the budget agreements of the bipartisan with Vox, which have supposed cuts in equality items.

The Secretary General of the PSOE of Alicante, Miguel Millana, has been in charge of presenting the act, highlighting the importance of this rule that is proposed in the electoral program. The municipal spokesperson, Francesc Sanguino, the deputy spokesperson and person in charge of Equality in the PSPV-PSOE of Alicante, Trini Amorós, and the councilor Llanos Cano also took part in the act. The organization secretary of the local PSOE, Pedro Ródenas, and the councilors Raúl Ruiz and Lola Vílchez were also present.

Sanguino has indicated that today is a “very special day because this draft normative proposal for an Equality Ordinance is something that goes with this group, with this list, from the beginning.” “We intend this to be a innovative ordinance, in a City Council that does not help equality at all, as we see in these four years of Barcala’s government. Hopefully we will have the support of the rest of groups and hopefully soon we will have this rule, and that it will be a model for the rest of Spain ”, added Sanguino.

The Councilor Llanos Cano has been in charge of explaining the general lines, as the main author of the text. “We place special emphasis on the start-up and implementation of reconciliation and salary equalization measures. The Service for Equality will be assigned to the Mayor’s Office-Presidency and will be staffed in all cases with personnel with specific training in equality, to whom the rest of the municipal staff will collaborate. Equality criteria will have to be incorporated in order to receive subsidies and contracts in the public sector ”, pointed out the mayor.

At this point, the councilor has stated that it must be guaranteed that the service has at least twelve people, with profiles at the request of the department head. On the sidelines, the necessary auxiliary and administrative personnel will be provided. “It will be guaranteed that at least there is an Equality Plans Unit and a Comprehensive Attention Unit for Victims of gender violence, with the necessary resources for the performance of their work. In the event that there is no specific council, an LGTBI area will be created or maintained within the Equality Council that will be in charge of policies. LGTBI of the municipality ”, added the mayor Cano.

By last, Trini Amorós He has clarified that from the Secretary of Equality of the Local Association of the PSOE there are many years that have worked on this matter. “We already included this issue in our electoral program. This is a clear difference in the way of seeing politics between the PSOE and the PP. While we want to carry out these kinds of initiatives, the PP is dedicated to approving ordinances such as begging and prostitution, which is a real shame for Alicante ”, he concluded.

The processing of regulatory proposals will be governed by what is established for projects, according to the Plenary Organic Regulation (ROP): First, the normative proposal with its explanatory statement and the corresponding antecedents, will be presented before the General Secretariat of the Plenary, which will forward it to the organs of the Local Government Board, to undergo legal report and, where appropriate, technical and economic report, for a period of thirty days.

The normative proposal, together with the reports and a assessment of the Governing Board itself on the opportunity and origin of the normative initiative, will be forwarded again to the General Secretariat of the Plenary, for initiate the procedure before the corresponding Commission, in accordance with the provisions for projects.

After the public hearing and information period, the same procedure will be applied as in the case of projects, but the Local Government Board will limit itself to informing what it deems appropriate and forwarding the entire file through the competent Department in the matter, to the Secretary of the Plenary.

The Committee of the Plenary will assess the allegations, claims and suggestions presented, and the technical reports issued as well as that of the Local Government Board, and will decide in its opinion, whether to maintain the text of the initially approved normative proposal or modify it in order to present it to the Plenary for its final approval.