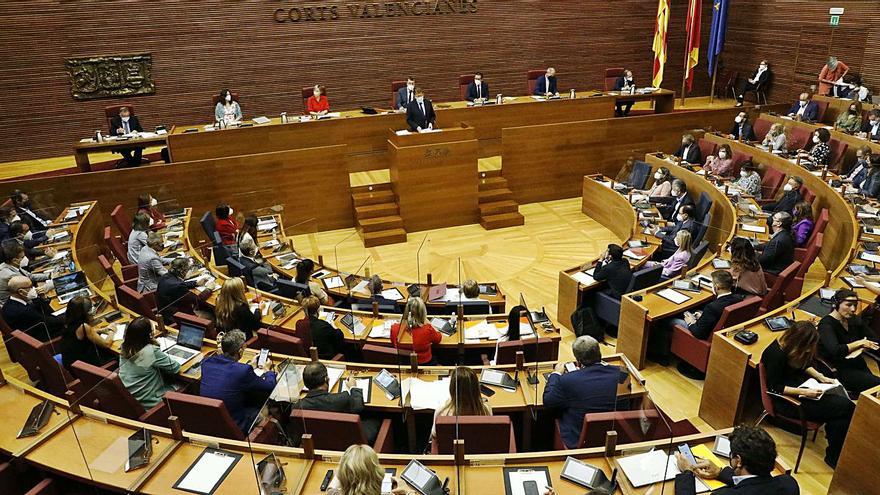 The refusal to the tourist tax raised by the Valencianists and the Morado will undoubtedly be the leitmotif of one of the battles of the right in the hemicycle. Especially after, in the session last Monday, the three left forces showed their disagreement about imposing this tax. With this scenario, the opposition will try again to put its finger on the sore, with an iron positioning of PP and Cs against this tax. The ball, then, is now in the court of the Socialists. Although Ximo Puig has been showing himself against this possibility, the spokesman in the Cortes, Manolo Mata, was in favor of a municipal tax on tourism on Monday, but of an optional nature. This Tuesday he went back to delve into that matter and considered the “technical difficulty involved.” A) Yes, rejected the Balearic model and pointed out that Catalan is somewhat more similar to the model it proposes, although he remarked that it depends on the municipality: “Valencia may need it”, while “Benidorm, no” due to its competition in markets with adjusted prices.

Socialist sources specified that it is not a new position Regarding the ecotax, they have already been defending that point, but it is a reality that the Catalan Ombudsman’s words, at this precise moment, open the door to debate and that is something that may be key to unblocking the three-way agreement with relation to the accounts for the next fiscal year. In fact, it will be in the commission designed to balance the budget where the debate is framed.

For now, the strategy of the left facing today’s session goes through articulate a common front around the issues in which there is a shared position, as is the claim to end the historical grievance due to underfinancing. Along these lines, they urge the Consell to demand that the central government correct the unfair distribution of funds among the communities, that a compensation mechanism be defined for the historical debt generated precisely by the financial insufficiency, and that the payment of interest on debt generated by the FLA.

The financial deficit that hinders the opportunities of the Community and the urgency to adopt corrective measures is one of the issues that will be addressed in the debate at the proposal of left-wing groups, as well as the PP and Cs, who have also presented initiatives in this regard. The popular demand that the new model be approved before the end of the year and the orange ones, that a compensatory leveling fund be promoted from 2022 that equates the Community with the national average. All these forces are also attached to the Platform for Fair Financing, which has called demonstrations in the three provinces on November 20 to demand the approval of a new model for the distribution of State resources. Thus, it would not be surprising if, finally, a common agreement is signed from the Valencian Parliament to demand more resources from the State; but, probably, it will be one of the few points that can generate consensus since in a debate like the one that continues today, the deputies try to mark positions to the left and right and the objective, always, is to wear down the opponent.

In the resolutions signed by the Syndics Manolo Mata, Fran Ferri and Pilar Lima, it is requested to establish a fiscal harmonization mechanism on the Wealth Tax and a minimum fiscal tax on the Inheritance and Donations Tax in all the autonomous communities for “Prevent so-called tax dumping” that generates territorial inequalities. “It is necessary to prevent own resources from continuing to decrease as a result of tax fraud that large estates may carry out, changing fictitious residence to save Heritage or Inheritance taxes,” the text states.

Taxation, in fact, has become one of the main lines of attack for the opposition, which during today’s session will once again urge a generalized lowering of taxes in the Community. The PP, for its part, will vindicate the project led by its president, Carlos Mazón, to, as detailed, reduce 1,530 million in taxes, while Cs also advocates reducing the autonomous section of personal income tax to 65,000 euros and saving 103 million euros to the Valencians; a change in fiscal policy to which Vox also joins.

The left wants “whoever pollutes, pays”

The PSPV, Compromís and Unides Podem have signed a joint resolution to urge the Valencian Government to give a boost to green taxation based on the principle that “whoever pollutes, pays.” In this regard, the creation of a finalist green fund is proposed so that the income derived from this tax is reverted to aid and investments that facilitate and accelerate the ecological transition of socioeconomic sectors and the promotion of policies against climate change. This is a position shared by the autonomous government itself, which last August approved the draft of the Valencian Law on Climate Change and Ecological Transition based on four axes: Energy, Urban Planning and Territory, Mobility and Green Taxation. It remains to be defined how these new taxes are articulated, which, in reality, have already been raised for some time, since they were also addressed in the general policy debate last year.