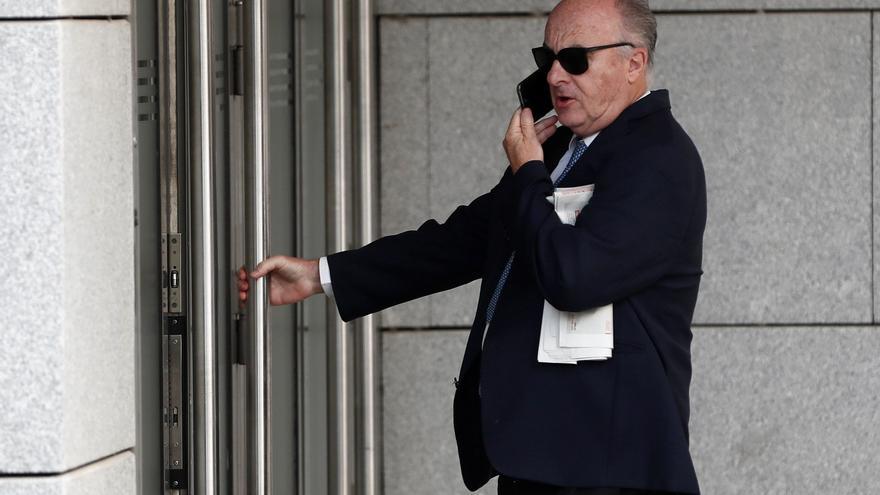 The judge of the Punic case, Manuel Garcia Castellon, has decided to open a new room, number 13, to examine the invoices that the former mayor of Majadahonda (Madrid) has now provided Guillermo Ortega, condemned by Gürtel, and that, according to him, they would prove “the existence of an imposed billing system” to “satisfy the economic needs of the PP of the Community of Madrid”.

In a car, to which Efe has had access this Friday, the magistrate of the National High Court expresses the doubts that Ortega’s story raises, when it occurs at this moment -after 7 years of instruction- and being in jail, and for That has chosen for the UCO of the Civil Guard to check first if some of the invoices provided by the former mayor appear among the “abundant documentation” provided by the Community of Madrid and that is already working on the case “or in one of the 14 boxes with documentation” of requirements.

If it is found that the invoices “are among those provided by the companies, it could begin to be appreciated. sufficient evidence, at least, to initiate an investigation “, announces García Castellón.

“It must be remembered -he explains- that the impulse of the process cannot be made dependent on the will of the complainant, and it should be pointed out that it is at least surprising that, in the case of documentation that Mr. Ortega apparently kept in a personal email account , I present it at this time without giving further explanation about the reason for doing it now or the reasons why it was not presented earlier. “

In his statement as a witness in piece 9 of Púnica, in which the former regional president Esperanza Aguirre is investigated, Ortega denounced the existence of more than one million euros of over-invoicing in the contracting of advertising diverted through the company Puerta de Toledo Market, Through which a kind of “fund” is being created (in his own words) to pay party expenses.

As the car recalls, he claimed that money was diverted to improve the image of the members of the Madrid’s community, of the regional government and the president, “noting in a somewhat concise way that acts were held from that fund and events were organized for the media or there were journalists who charged money to organize them, not knowing if it was cash” .

He further argued that the mercantile SWAT it was used to pay party expenses in a covert way through the Puerta de Toledo market.

Now, “more than nine months after its declaration”, observes the magistrate, Ortega “provides a series of documents, which he understands as evidence to prove the facts that were denounced at the time.”

The denounced events, continues the judge, “represent a considerable leap with respect to those that are the subject of separate piece No. 9 (…), since it would consist of an alleged monetary deviation through the Mercado Puerta de Toledo company” and by that decides to open a new piece, the 13.

From the documentation presented, the judge indicates that at this time “we can only infer indications of the alleged commission of a crime of documentary falsification ” committed by individual in commercial document.

It is crime, “whose penalty, at the time of the events, did not exceed 3 years in prison, would have been prescribed” even before the investigation of the Punica case was opened, the order indicates.

“Beyond the documents presented, invoices allegedly modified, no indication of the monetary deviation is provided, nor is it proven in any way that it could have existed the ‘merits’ mentioned by the complainant Mr. Ortega in his statement “.

The magistrate does not ignore either that the former mayor “starts from personal circumstances that must be taken into consideration when assessing the credibility of your testimony, as it is a convicted person who denounces incriminating facts “.

“To this must be added,” he continues, “that he has not provided any indication that allows to notice expenses or disbursements that could have been made against this referred ‘fund’, nor is it identified what acts, which persons or entities could have received compensation from this ‘fund’, nor is its existence justified, even incidentally, in any way “.