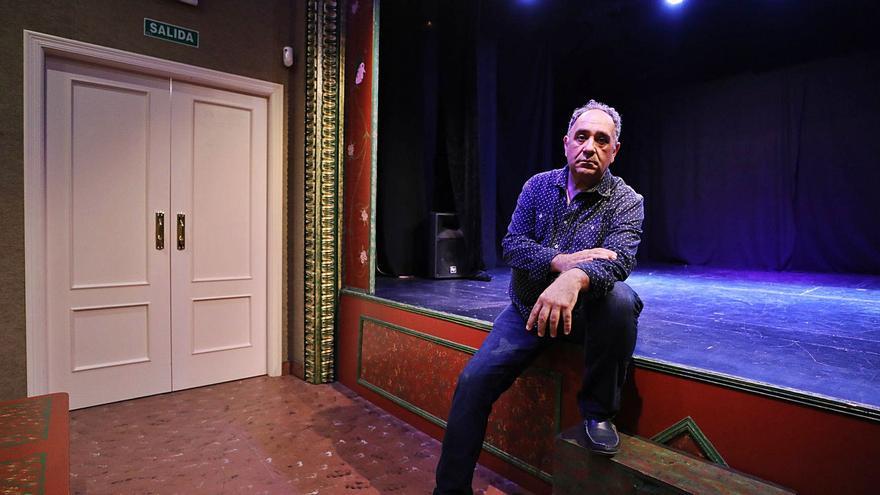 La Carreta de Elche room has performed magic more than 3,000 times in its 23 years of existence. It has brought smiles to the little ones in the house and their families, and has also made them reflect through colorful scenography in the multiple puppet and puppet shows.

This past Wednesday the group announced that it suspends the pending programming, some 11 functions, due to lack of income because it ensures that it does not have the support of the City Council to move forward despite the fact that they have been asking for a collaboration agreement for years, they state. They do not ensure that they can reopen if the administration does not go hand in hand.

This decision of the mythical private room, which is the only specialized puppet theater in the province, has caused a stir and numerous entities in the world of the performing arts have signed a statement rejecting the closure. Among the 13 signatories are the Association of Performing Arts Companies of the Valencià Country, the Alicante Theater Professionals Platform or the Valencian Association of Dance Companies, as well as entities and individuals from Elche such as the International Theater Festival of Elche, La Molinera or the director Asun Noales.

Everyone sees this step “with enormous concern” for what they consider “a fact of great importance within the framework of the performing arts of the Valencian Community.

Similarly, the group Amigos de La Carreta launched on Thursday a petition on change.org addressed to the City Council to demand that it protect this emblem for the city. Until yesterday about 1,500 virtual signatures had been collected. In the letter they point out that «our children have grown up attending Sala La Carreta with school and teachers and families have found in the room during these years the cultural offer that the City Council did not offer us. They have made us feel at home “, they pointed out.

The manifesto states that this space offers more than 140 performances a year with more than 13,000 spectators, and directly asked the mayor, Carlos González, and the Councilors for Culture and Education to open a dialogue to sign a collaboration agreement to prevent their disappearance . The mayor of Culture, Marga Antón, assured this newspaper a few days ago that she is supporting the company as well as the rest because they indicate that they have increased the hiring to do more shows, but that directly her council can not help the Sala La Carreta, as a company.

However, Francisco Pérez Guirado, director of the Sala La Carreta, points out that the Consistory must develop specific bases for the management of projects in scenic companies “as other cities like Valencia do” to promote these disciplines, an aid that according to the director I had promised them at the municipal level.

Similarly, he says that Culture put an initial shock plan to help them survive as companies after reducing capacity and demand in schools due to the coronavirus pandemic. “In that sense they complied with the company.” However, he says that later they managed to launch regulatory bases of 30,000 euros for production aid so that companies could produce shows, an amount that they understand is completely insufficient “because only any show costs 40,000 euros,” he says.

Guirado points out that the common fund has been exhausted in the Chamber. It indicates that they can have an annual expense of 100,000 euros for programming and activities, and that they can no longer face it alone. In the same way, he explains that in recent years they have received “timid” aid from the National Institute of Performing Arts and Music (INAEM) as well as from the Ministry of Culture “because they value a lot if you have help from your own council”, judgment.

They hope that this problem will be temporary and the puppets will come back to life that will not remain on display forever like in a museum.