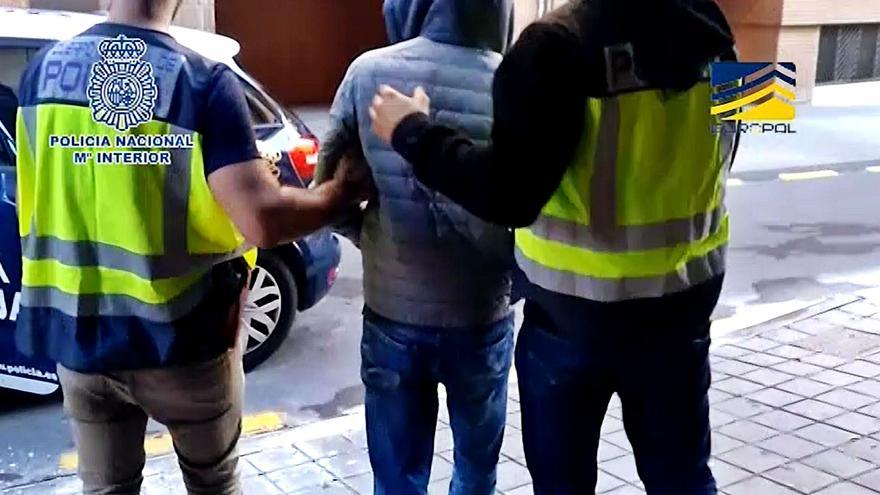 The events occurred on the night of August 16, 2019, in the home that the Russian businessman had on the beach of San Juan. The man was assaulted by three people who could not be identified and who sought to force him to make the transfer. The investigation points to the Ukrainian hacker Denis K. as one of those involved in this assault and who would have been the person who provided the assailants with a copy of the house key to carry out the coup. The victim was friendly with Denis and had earned his trust, which is why on one occasion he asked him to collect a copy of the key from a hardware store near his house to give it to his mother when he arrived in Alicante from Murcia. It was at that moment when he was able to seize the means to facilitate access to the apartment for the assailants.

The three of them entered the house and were waiting inside for the owner to arrive and they jumped on him as soon as he entered the house. They surrounded him and threw him to the ground, binding his hands and feet to a lounge chair with duct tape. For about an hour and a half, They were beating him to provide them with the password with which to access the online platform where the victim operated with cryptocurrencies and thus make a transfer of 300 bitcoins.

Threats to his mother

To increase the pressure and given the victim’s refusal to provide them with any information that could help them empty their accounts, they even told her that they knew where her mother lived in Russia and that they would kill her. Between blow and blow, They came to call another person using the mobile phone who told him to give them the password through the terminal because they knew he had the money.

But the robbery ended up frustrating. An unexpected call to the house’s telephone led the three assailants to flee the scene quickly, leaving their victim tied in the chair. They did not leave empty-handed. They removed 300 euros that he had in his pants pocket, a booty much lower than the one they wanted to get in the coup. None of the material perpetrators of the assault could be identified, but instead Denis K. was a suspect from the beginning, given that he had had access to the keys to the house and that same year he had already been arrested for his extradition, which several countries were demanding for cyber theft to banking entities. In fact, he was arrested the day after the robbery and was in preventive detention until September 11 for these events.

The Prosecutor’s Office accuses him of a crime of robbery with violence in competition with another of illegal detention and for which they ask him for six years in prison. They also claim a two-month fine with a daily fee of seven euros for a minor offense of injury, according to the indictment to which this newspaper has had access. The prosecutor believes that it was he who sent the three assailants to the house to snatch the coveted bitcoins. The trial was to have been held this Wednesday at the Alicante Provincial Court but has had to be suspended, because one of the people who had to intervene in the oral hearing is in quarantine at home because of the coronavirus. Now a new date must be set.

Denis K. had settled in Spain since 2014. He had claims from forty countries. The Police came to encrypt the money stolen by his organization at more than one billion euros. He came to accumulate in his accounts 120 million euros in bitcoins. One of the modus operandi it used was the massive sending of fraudulent emails in which the identity of organizations or companies was impersonated and which were addressed to the addresses of bank employees around the world, mainly in Russia.

The e-mails had a malicious code attached that, when activated, allowed him to remotely control the bank’s systems. In fact, one of the functions they performed was that the tellers began to dispense bills, alter balances and divert money to the funds of the organization. The hacker was arrested in March 2019 for his international claims and that same summer he was arrested again for the assault on the businessman’s home on the San Juan beach that is now on trial.

He was also one of 23 arrested in the recent Testudo operation in what is considered the biggest blow to the Russian mafia money laundering ring. The investigation placed Denis K. as one of the key players in the laundering of funds obtained from his criminal activities.